An aide of Labour leader Ed Miliband’s cancelled a photoshoot outside the Brighton Pavilion over fears it might be mistaken for a mosque, The Times reports today. 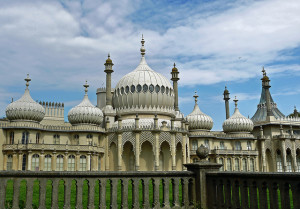 In a critique of Labour’s election campaign, the national newspaper uses the decision as an example of the party’s desperation not to be seen as soft on immigration.

It says: “There was an at times almost comical neurosis about the issue: in a moment straight out of The Thick of It, a planned photo call with the leader in front of the Brighton Pavilion was dropped because an aide feared voters might think it was a mosque.”

If true, this wouldn’t be the first time the mistake was made.

In 2013, a screenshot of EDL members discussing a photo of the pavilion under the impression it was a mosque after the far-right group marched here was widely circulated on social media.

Jobs at risk at five HSBC branches in Brighton and Hove

Cyclist and car in crash in Hove