A payout has been agreed to the victim of child sexual abuse at the hands of a man tipped to become Archbishop of Canterbury.

The Church of England settled the case relating the former Bishop of Chichester George Bell 20 years after the victim first complained.

The news comes just two weeks after another Bishop from the diocese – former Bishop of Lewes Peter Ball – was jailed for sexually abusing boys and young men. 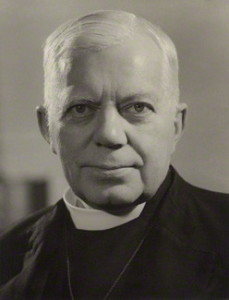 The diocese covers Brighton and Hove and has its administrative offices in New Church Road, Hove.

The current Bishop of Chichester Martin Warner has written to Bishop Bell’s victim to express his “deep sorrow” in a formal apology sent after the church agreed an out of court settlement.

Bell carried out the sexual abuse in the late 1940s and early 1950s when his unnamed victim was a young child.

He was Bishop of Chichester from 1929 until he died in October 1958. He had been tipped to become Archbishop of Canterbury but his opposition to the bombing of German civilians in the Second World War is thought to have cost him the post.

The victim complained in 1995 to Eric Kemp, another long-serving Bishop of Chichester, but it took until 2013 before the complaint was properly acknowledged.

The victim’s solicitor, Tracey Emmott, said: “The new culture of openness in the Church of England is genuinely refreshing and seems to represent a proper recognition of the dark secrets of its past, many of which may still not have come to light.

“While my client is glad this case is over, they remain bitter that their 1995 complaint was not properly listened to or dealt with until my client made contact with Archbishop Justin Welby’s office in 2013.

“That failure to respond properly was very damaging and combined with the abuse that was suffered has had a profound effect on my client’s life. 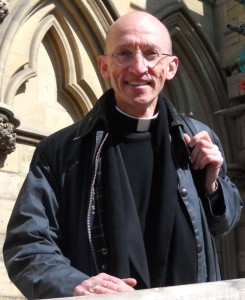 “For my client, the compensation finally received does not change anything. How could any amount of money possibly compensate for childhood abuse?

“However, my client recognises that it represents a token of apology.

“What mattered to my client most and has brought more closure than anything was the personal letter my client has recently received from the Bishop of Chichester.”

Bishop Warner wrote to express his “deep sorrow” and said: “The abuse of children is a criminal act and a devastating betrayal of trust that should never occur in any situation, particularly the church.”

He also paid tribute to the survivor’s courage in coming forward to report the abuse and noted that “along with my colleagues throughout the church, I am committed to ensuring that the past is handled with honesty and transparency”.

The survivor first reported the abuse to the then Bishop of Chichester, Eric Kemp, in August 1995.

Bishop Kemp responded to the correspondence offering pastoral support but did not refer the matter to the police or, so far as is known, investigate the matter further. 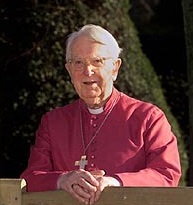 It was not until contact with Lambeth Palace in 2013 that the survivor was put in touch with the safeguarding team at the Diocese of Chichester. They referred the matter to the police and offered personal support and counselling to the survivor.

In his letter to the survivor Bishop Warner acknowledges that the response from the Diocese of Chichester in 1995, when the survivor first came forward, “fell a long way short, not just of what is expected now, but of what we now appreciate you should have had a right to expect then.”

In accordance with the recommendations of the Church Commissaries’ report into the Diocese of Chichester in 2012 the settlement does not impose any form of “confidentiality agreement” restriction regarding public disclosure upon the individual.

But in this case the survivor has expressed the desire to remain anonymous.

After a meeting between the survivor and Sussex Police in 2013, it was confirmed by the police that the information obtained from their enquiries would have justified, had he still been alive, Bishop Bell’s arrest and interview, on suspicion of serious sexual offences, followed by release on bail, further enquiries and the subsequent submission of a police report to the CPS.

The settlement followed a thorough pre-litigation process during which further investigations into the claim took place including the commissioning of expert independent reports. None of those reports found any reason to doubt the veracity of the claim.

The Church of England said spokesman said that it took any allegations of abuse seriously and was committed to being a safe place for all.

A spokesman added: “Any survivors or those with information about church-related abuse must always feel free to come forward knowing that they will be listened to in confidence.”