A man was airlifted to hospital with head injuries yesterday morning after being tramped by a cow at the Devil’s Dyke. 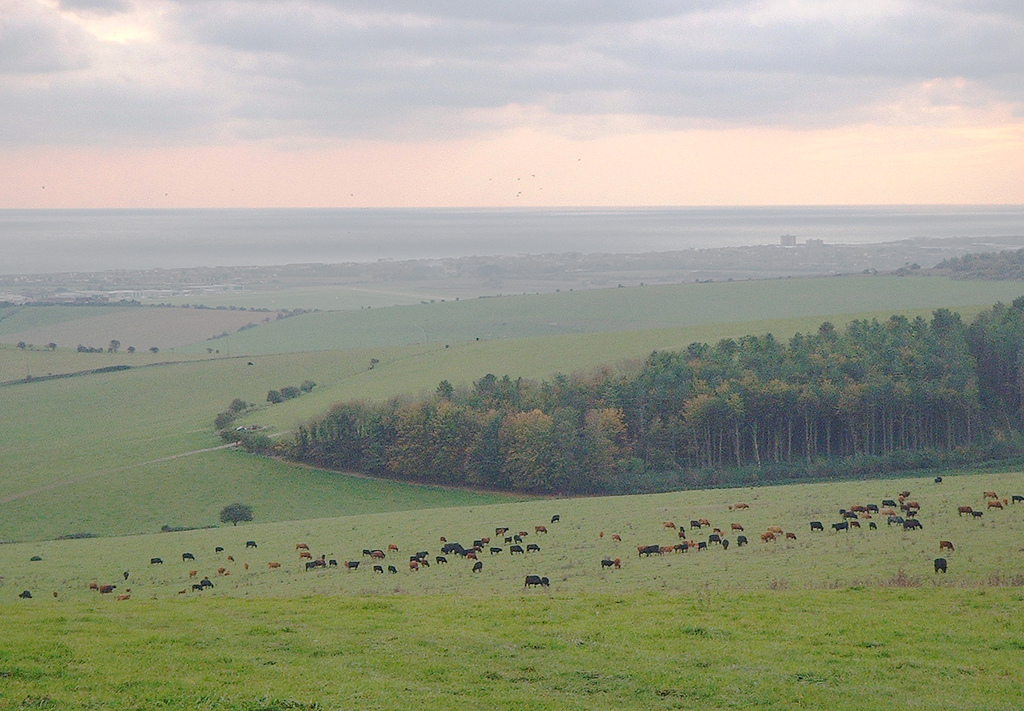 Cattle at the Devil’s Dyke by Dominic Alves

The road up to the National Trust beauty spot was closed for about an hour from the Dyke Road roundabout after the incident, which happened shortly after 9am.

The patient, an adult male, was treated at the scene for injuries to his head and thorax before being taken by the Kent, Surrey and Sussex Air Ambulance to the Royal Sussex Hospital.

A spokesman for South East Coast Ambulance Service said: “We were called shortly after 9am to reports of a person had been trampled by a cow.

“Ambulance crews and the air ambulance service attended the scene and the patient, who had suffered injuries including a head injury, was assessed and treated before being airlifted to the Royal Sussex County Hospital in Brighton.”

⚠ Due to an incident, our #BH77 service cannot get up to Devil’s Dyke. The 10:30 service will only go as far as the Dyke Road roundabout, ⚠

Brighton and Hove News understands the accident happened on land in between Devil’s Dyke Farm and Truleigh Hill, which is owned by the National Trust.