A London developer has bought the old Astoria cinema in Brighton and has vowed to demolish it and build 70 flats on the site by the end of 2019. 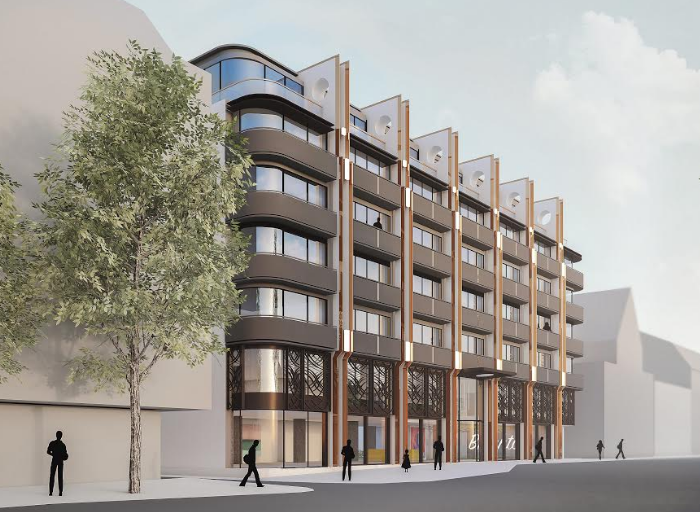 Ktesius, the developer, has joined forces with an investment firm called Cogress, also based in London, to bring “vitality to the area” with its seven-storey scheme – to be called the Rox.

Several schemes have been submitted for the site of the formerly grade II listed building, with the most recent one granted planning permission in January after an appeal.

The plans were originally turned down by Brighton and Hove City Council before being granted permission by planning inspector Tim Wood.

The scheme approved in January includes 70 one, two, three and four-bedroom flats and a mix of shops, offices, cafés and community space on the ground floor.

It did not include any affordable housing but allowed for a payment of £1.6 million to the council to fund homes elsewhere in the area. Four of the flats were to be fully wheelchair accessible.

“The existing building, which is run down and has sat vacant for the past 20 years, will be demolished and replaced with a seven storey building designed by the renowned Cove Burgess Architects.

“Extending to approximately 67,694sq ft, it will comprise 70 one, two, three and four-bedroom apartments, plus commercial space at ground level that will help to revitalise the street.

“Situated in Gloucester Place opposite the Valley Gardens conservation area, the site enjoys a prominent location within walking distance of all that Brighton has to offer, including the Royal Pavilion, seafront and pier, as well as the popular North Laine –a unique street lined with interesting boutiques, cafés and bars.

“The train station is also just a five-minute walk away.

“Built in 1933 in a prominent art-deco style, the Astoria was designed by Edward Albert Stone, who also designed the Astorias in Brixton, Streatham, Finsbury Park, Charing Cross Road and Old Kent Road.

“The historic building was capable of seating 1,823 people and was seen as a major attraction for Brighton, seeing various uses including a bingo hall and night club, before closing its doors in 1997 and falling into disrepair.”

Ktesius Projects chief executive Ken MacRae said: “Brighton is one of the most vibrant cities in the UK and we are very excited to be working with the local authority and local consultants to deliver new homes and unique commercial space that will bring even more vitality to the area.

“We are aware that the site has changed hands a number of times with various stalled proposals.

“However, we have a strong track record and confidence in our carefully selected project team that will deliver an outstanding scheme of the highest possible quality.

“We also look forward to delivering a development which will seek to enhance the arts in central Brighton.”

Cogress chief executive Tal Orly said: “We are constantly striving to diversify our portfolio to bring our growing network of qualified investors the best investment opportunities across the UK.

“This development, our second with Ktesius Group, aims to meet investors’ demand for more affordable development opportunities outside London.”

Man suffers burns in fire in top-floor flat in Brighton