The Labour Party has picked its candidate for the East Brighton by-election this evening (Thursday 20 December).

Former parliamentary candidate Nancy Platts will contest the by-election which is expected to be held in early February. 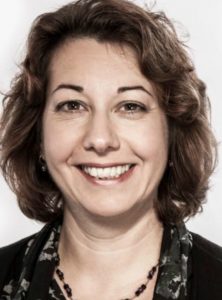 The vacancy will be created by the resignation of Lloyd Russell-Moyle who won the Brighton Kemptown seat in the House of Commons at the general election in June.

He only became one of the three East Brighton councillors at a by-election in August last year.

Nancy Platts, who worked as Labour leader Jeremy Corbyn’s liaison with the unions until earlier this year, said: “I’m so proud to be representing the Labour Party in the East Brighton by-election.

“Lloyd has been a wonderful councillor and I look forward to meeting lots of people over the coming weeks and working for the benefit of the East Brighton community.”

Councillor Russell-Moyle, who is expected to stand down from Brighton and Hove City Council in the coming fortnight, said: “I’m delighted that East Brighton Labour has selected the fantastic Nancy Platts as our candidate to replace me in East Brighton.

“Nancy, who I worked for in the 2015 general election, has a background in working for the fire service and campaign organisations fighting child poverty and her voice will be vital for East Brighton.

“Living just off Eastern Road, Nancy is a local who is knows the area well and will campaign for homes, community spaces and buses for all our area.”

The seat is regarded as a safe Labour seat and returned two other councillors from the same party at the most recent elections – council leader Warren Morgan and deputy leader Gill Mitchell.