A Brighton police officer has been jailed for two years for keeping child pornography and misconduct in a public office. 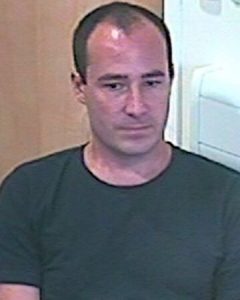 Martin Harris, 37, of Perry Hill, Saltdean, was a police constable in Brighton and Hove when the offences came to light.

Colleagues reported their concerns and Sussex Police swiftly suspended then dismissed Harris after an investigation.

The married father of two was also arrested and charged for keeping and making the indecent images of children as well as pictures taken improperly during his work as a sexual offences liaison officer.

Sussex Police said: “He had earlier pleaded guilty to misconduct in a public office, possession of indecent images of children and making an indecent image of a child.”

“Protecting vulnerable people is a priority for Sussex Police and we take any report of inappropriate behaviour extremely seriously.

“Martin Harris’s behaviour is a violation of the trust that the public put in the police to serve and protect them.

“He has let down victims and his colleagues who carry out an enormous amount of good work with victims of serious offences every day.

“He has let down Sussex Police and the people of Sussex.

“Colleagues reported their concerns about inappropriate messages on Harris’s work phone through our internal reporting system.

“Our action to swiftly suspend and then dismiss Mr Harris highlights our determination not to allow a very small number of officers to damage the confidence held in Sussex Police nor bring into disrepute the honourable service of thousands of hard-working and enormously dedicated police officers and staff across the county.”