Architects, property developers and planners discussed ways to meet the growing demand for housing in Brighton and Hove at a debate yesterday evening (Tuesday 28 October).

More than a hundred people went along to the debate from firms such as Cathedral, Centurion, Boho Green, Mackley and McLaren. Politicians, officials and housing association representatives were also in the audience.

The event was organised by the Brighton and Hove Chamber of Commerce and chaired by former BBC programme maker Miranda Birch at the County Ground in Hove – the home of Sussex cricket.

The consensus in the room was that more tall buildings are needed if we are to house the growing population of Brighton and Hove.

Belief in the need to infill was also widely shared. Both mean greater density.

While the other two options had some support, a key concern was that maintaining the status quo would mean that market forces would price the next generation out of their home town.

One of the speakers, the architect Paul Zara, who led the restoration of Embassy Court on Brighton seafront, said: “I love our city … but we do have a problem with tall buildings. 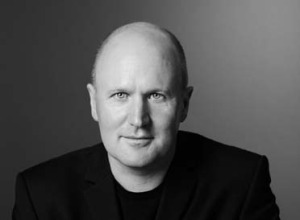 “Nobody likes them. But in a city with so little available land, building up has to be considered.

“Why do people react so badly to them? Well, I think it’s partly because of the ones we already have.

“There was a rash of building them in the 1960s. A lot went up very quickly, none of them good and some of them real shockers.

“They were often in the wrong place.

“They met a need but they add nothing to the architecture of our city. In fact, they detract from it.

“If you do it well, you get amazing buildings.

“Building tall is fine but it has to be done very carefully.

“”If we do it well, if we do it beautifully, then we can build tall and make our city better at the same time.”

Rob Fraser, the council’s head of planning strategy, set out the context. He explained that the council had identified sites for more than 13,000 new homes.

But an assessment of future housing need suggested that between 18,000 and 24,000 were required, leaving a shortfall of at least 5,000.

And that was without taking into account student housing, care homes and nursing homes.

Mr Fraser said that councillors had agreed modifications to the City Plan which had yet to be approved by the government.

And those changes were the subject of a public consultation which was due to start next week and end on Tuesday 16 December.

He said that most of the sites allocated for new housing in the City Plan were brownfield sites.

And that a review of the urban fringe – green spaces mostly on the edge of town and downs – had yielded enough sites for just over 1,000 homes.

Asked whether we had the infrastructure in place to cope with the people who would live in all the new housing, Mr Fraser raised a laugh when he said: “Er, no.”

He explained that housing, education and infrastructure were, though, covered in the City Plan.

He added that the council’s housing department was looking at borrowing commercially at very low rates of interest to buy homes. This would not only help to ensure developments went ahead but that progress was made in housing the poor.

Mr Zara said that half the schemes that he was involved with in London were affordable.

Another of the speakers, Lee Newlyn, of Mayfield Market Towns, said that his company was working with a housing association to ensure his proposed new town scheme provided affordable homes.

Selma Montford, of the Brighton Society, said that tall buildings were not the answer.

But, perhaps not surprisingly for an event filled with people from the property world, hers was a minority view on the night.

One architect said afterwards that the consensus was shifting and that five years ago many more people in the room would have opposed the prospect of building up.

One of the next Chamber of Commerce events features a guest speaker in charge of a towering construction on Brighton seafront.

Eleanor Harris, the chief executive of the i360, which will be taller than Sussex Heights when it is completed, is to speak at a Chamber of Commerce lunch in three weeks’ time.

The networking lunch is being held at the Restaurant at Drake’s from 12.30pm on Tuesday 18 November. Tickets cost £39.