The vice chancellor of the University of Brighton, Professor Julian Crampton, has announced his intention to retire. 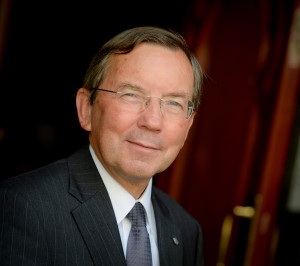 Professor Crampton has been vice chancellor for ten years and during his tenure the university has seen significant growth and development.

As a result the university now supports over 7,000 jobs and generates £700 million per annum for the local, regional and national economies.

In a message to staff at the university, Professor Julian Crampton said: “It has been a privilege to have held this post in such a wonderful institution for the last ten years and to have overseen the development of the university in terms of its positioning, popularity, research, and the impact which it has had on our students, staff and the communities within which we work.

“The university I believe is in a strong position for the future. There has been a very positive outcome of the REF2014 for Brighton, and our student applications are buoyant, particularly when compared against the sector and our comparators.”

Responding to the announcement, Lord John Mogg, Chairman of the university’s Board of Governors said: “Julian is owed a tremendous vote of thanks for the decade of his Vice Chancellorship.

“We have seen major progress in raising the academic and research standing of the university leaving it well placed to meet the challenges of the coming decade and a greatly enhanced reputation in the region and throughout the academic world.

“The whole university will certainly join me in wishing Julian a long and full retirement in 2016.”

Professor Crampton will remain in post until early 2016 to ensure the university has time to appoint a new vice chancellor.

He said: “There is never an ideal moment given the many projects and developments underway across the university.

“However, I believe that after ten years any institution, and perhaps especially a university, benefits from a change of leadership.

“It therefore feels the right moment for me to retire to allow the board and university to recruit a new vice chancellor who has an opportunity to deliver on the new strategic plan, and have a full four years to prepare for the next REF in 2020 in pursuit of our research ambitions.”

He said: “I have truly enjoyed a decade long partnership with Julian Crampton, first in my former role as Leader of East Sussex County Council and this last two years as chairman of the South East LEP.

“I still can’t believe my good fortune in working with Julian who has an immense capacity to do good things well and remain personally modest.

“Julian Crampton has been instrumental in not only reshaping his university and education in Sussex but also in making a huge contribution to real and sustainable economic growth across the county and beyond.

“His leadership of the Sea Change board and lead role for higher education in our LEP has been innovative and outstanding and countless families are the beneficiaries of his truly good works for our communities.

“We all will miss him and only hope that we can tempt him to remain involved with us in some capacity.”

Among his many achivements, Professor Crampton has led the university’s commitment to ensuring that Brighton makes higher education available to people from the entire spectrum of social and economic backgrounds.

To support this £8.5million will be spent in 2015/16 helping students from underrepresented groups to gain a place at the university.

This includes expanding the number of schools with which the university works to help manage the transition from school to higher education aiming to engage 2,800 students across the region.

A further £1.5m will be invested in student support and guidance, this is in addition to the one to one mentoring and specialist study support, advice and help that the 2,748 students who have registered disabilities receive.

The last decade has seen the achievement of an ambitious estates strategy with over £100 million investment including halls of residence, research facilities, teaching and learning spaces and sports facilities.

Professor Crampton has also been a key figure in securing an additional £17.4 million of Government funding towards three major developments in the city of Brighton and Hove including the regeneration of Circus Street, an Advanced Engineering Centre at the Moulescoomb campus in partnership with Ricardo and a new Central Research Laboratory and innovation centre at Preston Barracks.