More jobs set to go at The Argus

More jobs are to be lost at The Argus, just weeks after its new editor took the helm. 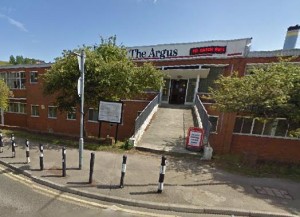 Brighton and Hove News understands that consultation has started on plans to make two of the three staff in the features department redundant, as well as two photographers. Another post is set to be lost from newspaper sales.

It is not known yet which of the paper’s five photographers, who between then have won a clutch of awards, will be affected.

Following dozens of jobs being lost in the past few years, staff at the paper are believed to be saddened but not surprised at the latest round of redundancies.

In 2010, the bulk of the paper’s subbing operation was moved to Southampton, with the loss of six sub editor posts and in 2011, six more editorial posts went along with 13 of the paper’s home delivery team.

It appears one of his first moves will be a wholesale redesign of the paper, with a three-month contract for a designer/graphic artist advertised on industry website holdthefrontpage.

He will be hoping to stem a steady decline in readership, with the latest circulation figures for July to December 2014 showing the paper is now selling 13,309 copies a day.

The paper has also announced its intention to move from its offices in Hollingbury and is looking for premises closer to centre of Brighton.