Staff at the Duke of York’s cinema are asking for union recognition after their colleagues in London went on strike and were given a pay rise. 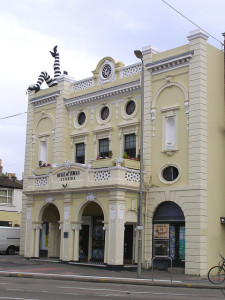 Staff at the Picturehouse’s Brixton cinema was balloted for industrial action last year and as a result staff’s pay was increased to £8.20 an hour.

A subsequent move to make staff redundant was then halted after a public outcry which led to writer Will Self threatening a boycott.

Since then, more Brighton staff at the Duke of York’s and Dukes at Komedia have joined the Bectu union, with seven in ten now members, and they are formally asking for the company to recognise them.

However, Picturehouse have so far rebuffed their request, saying the staff forum is

A spokesman for the Duke’s staff said: “Staff at our cinemas are not paid the living wage. While we have recently received a pay increase, this has not amounted to the living wage for outside of London (£7.85).

“Furthermore, it is obvious that the cost of living in Brighton is much higher than in most other cities across the country and much closer aligned to that of London.

“This means out current wage is both below the official living wage and much below what an estimated Brighton living wage might look like.

“At this point in time staff at our cinemas have no access to independent trade union representation and we believe this is a necessity for a fair and democratic workplace which protects workers’ rights.

“If Bectu were recognised as our cinemas’ trade union we would have access to outside advice on labour issues and have an independent representative and negotiating body, which, ultimately, would help in aiding communication between those at our cinemas and those who run Picturehouse.”

The staff must first ask for voluntary recognition, which has so far been refused by managing director Lyn Goleby, although staff are still in email correpondence with her and hope she will change her mind.

Gabriel Swartland, Picturehouse’s head of marketing and PR, said: “The majority of Picturehouse staff are represented by the Forum, which is a highly respected, legally recognised Union working hard on behalf of the staff.

“Our pay rates are amongst the highest in the industry and have enabled us to attract and retain staff who are passionate about film, skilled in many areas and able to offer high levels of service. We had in excess of 200 people applying to work at our advertised rates of pay for our new East Dulwich cinema.

Our current pay rates were agreed with the two recognised unions, BECTU and the Forum, by majority votes in ballots held following considerable negotiation.

“We believe that we are paying fair rates, and for staff represented by the Forum these rates can be further enhanced by earning commission for selling Memberships.

Pay in Picturehouse Cinemas for front-line staff has far outstripped inflation in the last few years. Working together for a profitable business enables us to create more jobs, share more in pay, and provide a return to shareholders, who enable investment and growth for the company and its people.”