A couple who got engaged on Brighton Bandstand are now searching for the photographer who captured the moment the question was popped. 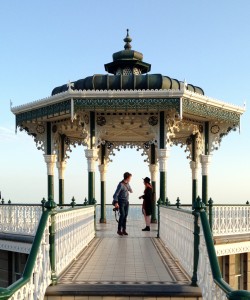 Adam Burrage got down on bended knee to ask his girlfriend Jen to marry him at about 7.30pm on Thursday, June 4.

A passing photographer took some pictures of the happy scene, then offered to send them on, but Adam thinks he must have given the wrong email address as he has heard nothing since.

Now, he is appealing for people to help him find the snapper so he can buy him a drink and thank him properly.

Adam said: “In an extreme act of kindness, the gentleman/photographer in the photo’s attached (who just happened to be passing by) took some amazing snaps of us and offered to send them on via e-mail.

“Sadly the photographs haven’t come through so I can only assume that I, intoxicated on gin and the excitement of being engaged, foolishly gave him an incorrect e-mail address. Either that or his camera was stolen by a particularly abrasive seagull. 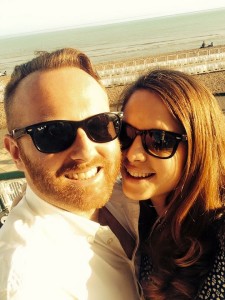 “I don’t know the chap’s name or anything about him. All I know is that he’s in the photos attached, had a beautiful red-haired lady (with large hat) with him and he’s an exceptionally lovely guy to capture such an important moment.

“I just need to find him, buy him several drinks and thank him for recording such an important and never-to-be-repeated moment.”

Do you know the mystery photographer or his red haired companion? Leave a comment below.