Cuts to Brighton and Hove nurseries will hit staff and standards, say Greens

Brighton and Hove Greens have criticised cuts to nursery services at four council-run nurseries. Staff must choose between pay cuts or redundancy, they said.

The Greens said that budget cuts “agreed by Labour and Conservative councillors will have a highly damaging effect on staff morale as nursery workers”.

The party said: “Many nursery workers are likely to leave the service as hours and pay are cut.”

It also criticised Councillor Tom Bewick, who leads for the Labour administration on Brighton and Hove City Council on children’s services.

The Greens said that Councillor Bewick had said that the council-run nurseries would be “brought into line with the private sector while service quality is maintained”.

But “this would amount to children’s care being reduced to the lowest denominator and would damage services”, according to Greens, adding: “The reasons why council-run nurseries are held in such high regard is due to the dedicated and highly skilled workforce, which would be reduced and demoralised under the Labour council’s plans.

“The cuts to nurseries, which Greens voted against in the council’s budget, were passed in February after a Labour and Conservative pact to implement wide-ranging cuts across the city in response to central government austerity measures.”

Green councillor Alex Phillips, who speaks for her party on children, young people and skills, said: “Make no mistake, these cuts are being driven by a government determined to invest in costly white elephants such as Trident and a new nuclear energy plant rather than investing in the health, well-being and education of our young children.

“Yet rather than stand up to protect the most vulnerable, the Labour-led city council is implementing these cuts with vigour.

“Cuts to early years nurseries are the latest outcome of the hugely damaging cuts budget agreed by Labour and Conservative councillors in February this year.

“It comes on top of massive cuts to children’s centres which have seen services for parents and young children slashed.

“Nursery staff will see a double whammy of reduced hours and lower rates of pay and are effectively being told to accept it or face redundancy.

“Under these plans, yet another group of vital public sector workers will end up unable to pay the bills and forced to look for more work elsewhere. 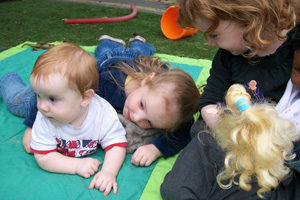 “Labour Councillor Tom Bewick has labelled the current nurseries as ‘inefficient’ and the skills held by some staff as ‘unnecessary’ and proposes a race to the bottom to join private sector nurseries in paying less for lower-skilled staff.

“What he doesn’t seem to realise is that the high quality of service of council nurseries comes from its highly skilled and adequately rewarded workforce and losing these wonderful staff would be disastrous.

“The wellbeing of our young children should not be at the jeopardy of cuts.

“We are deeply concerned with the impact that staff cuts could have on the quality of service we can offer to children and families.

“With staff being treated so appallingly, this could also have a devastating impact on morale of the staff who opt to stay. This is one cut that will be felt across the city.”