Police are seeking a man they want to question in connection with an assault on a cyclist in Brighton. 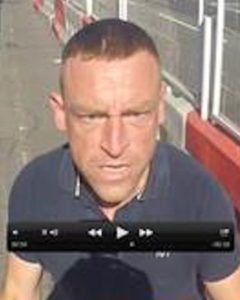 The 23-year-old victim was cycling along a shared space on Kings Road just after 10am on Saturday, August 6, when he braked to avoid a man and then rode past him. There was an exchange of words between the two men before the pedestrian grabbed the cyclist and punched him repeatedly.

A bystander intervened and then someone else, who appeared to know the man, pulled him away telling him to stop.

The man is described as white, late 30s to early 40s, with very short ginger hair, a distinctive bridge nose and an outline star tattoo on his left hand. He was wearing a navy blue polo shirt with a light blue ‘moose’ logo, white shorts and black shoes. He had a silver watch on his right wrist and a silver bracelet on his left wrist.

Police want to speak to the man or anyone else who witnessed the incident. If you know him or was a witness, please email 101@sussex.pnn.police.uk or call 101 quoting serial 543 of 06/08. Alternatively, you can call the independent charity Crimestoppers anonymously on 0800 555 111 (www.crimestoppers-uk.org).