A disabled Hove man has been given a boost in his battle with Brighton and Hove City Council for a suitable permanent home.

Almost 3,000 people have signed a petition in support of Robert Carver – known to friends as Bobby – and almost 200 people have raised more than £3,800 to pay for a wheelchair. The petition asks for the Equality and Human Rights Commission to intervene.

Mr Carver, who is paraplegic, wants to be moved from the attic flat where he currently lives to an accessible ground-floor home, with a room for his carer and space for a wheelchair.

He was moved into his second-floor attic flat five years ago as a temporary measure, he said, and now relies on his carer to drag him up and down 28 stairs. The process is painful and does not help his condition.

The paralysis that affected his lower body first is now spreading to his upper body, arms and spine. He needs help to eat and drink and he sleeps on the sofa because he cannot get in and out of his bed.

Mr Carver’s occupational therapist said that it was impossible to adapt the property because it was too cramped. Mr Carver said: “I’m a prisoner in my own home.” 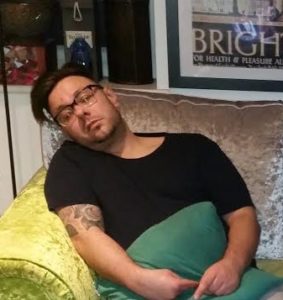 The council has offered Mr Carver other places to live but he said that they were unsuitable.

As a result he said that he felt trapped, adding: “Keeping me a prisoner and treating me like an animal is not conducive with being a human being. I wouldn’t treat a dog like this.”

Hove MP Peter Kyle said: “Bobby needs, deserves and has a right to accommodation that is suited to the challenges he faces.”

But Councillor Anne Meadows, who chairs the council’s Housing and New Homes Committee, said: “We do not accept Mr Carver’s claim that he is ‘trapped’ in his current accommodation.

“We have offered him wheelchair-adapted emergency accommodation appropriate to his assessed needs on two occasions. Mr Carver has refused these.

“When making such needs assessments we have a duty to take into account all the written evidence from health and social care professionals that is made available to us.

“There is an acute shortage of affordable housing in the city. Accommodation appropriate to his needs only rarely becomes available and there are many other people in the city desperate for it.

“In general terms, it tends to take longer for people to find suitable accommodation when they decline particular buildings or areas of the city. 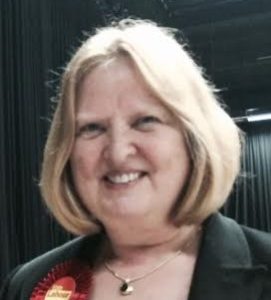 “We understand that Mr Carver is in contact with the ombudsman and we will of course co-operate fully with any investigation.”

The council is believed to have offered Mr Carver emergency accommodation at Windsor Court twice but this would mean he’ll have to move twice. He said: “It is bad enough and traumatic enough to move once. Moving multiple times is just silly.”

Windsor Court would only be a temporary solution for Mr Carver who said that his nurse, occupational therapist and GP have all expressed concerns about the quality of the accommodation.

In November the council’s Adult Social Care Department wrote to Mr Carver and said: “Please note that if Housing offer you such accommodation and you refuse it, it is likely that no further offers of accommodation will be made to you as it will be considered that the housing duty to you has been discharged.”

In December the council said: “I can confirm that we are continuing to work with Mr Carver to resolve his housing situation and to ensure his care and support needs are met.”

Since appearing on television again last week to talk about his situation, Mr Carver said that the council had threatened to cut the number of hours that he received help.

Mr Carver said: “I am not just doing this for myself. I am fighting for all disabled people. They are so scared that the hours of their care will be cut that they don’t speak up. I have lost everything already.”