A retired Brighton antiques dealer has been jailed for four years for running a cannabis farm with his partner. 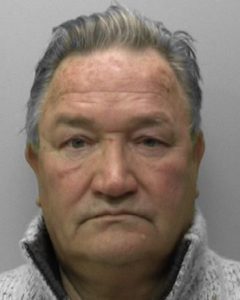 The force said that officers found more than more than 1,700 cannabis plants in various stages of growth. Lewes Crown Court was told that they were worth up to £2.1 million.

Boyle and Hawkins were charged, along with their son Jesse Boyle, 28, of conspiring to supply cannabis.

They denied the charge and – after a trial lasting three and a half weeks – the jury cleared Jesse Boyle.

Another man, Anthony Cooper, 47, of Rock Cottages, Warrs Hill Road, North Chailey, pleaded guilty in January at the start of the trial. He was also charged with money laundering.

On Thursday (2 March) Judge Guy Anthony handed a four-year prison sentence to Terry Boyle, who had earlier given his address to Brighton magistrates as Chalky Road, Portslade.

The judge also jailed Hawkins and Cooper for four years each for the drugs offence and gave Cooper a two-year sentence for money laundering. 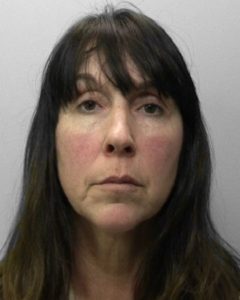 At the same sentencing he jailed another man linked to the case, Jack Rissen, 30, of Addlestone, Surrey, for two years.

Police raided the farm at 9.15am on Wednesday 26 February 2014 and found the cannabis plants in an outbuilding.

As well as the Boyles and Hawkins, officers held two other people during the raid – a 19-year-old woman and a 42-year-old man. They were both released without charge.

At the time of the raid Detective Inspector Gavin Patch said: “This was an intelligence-led operation, following up information we received.”

After the sentencing hearing the investigating officer, Detective Constable Jim Austin, said: “This has been the largest cannabis factory I have dealt with.

“And this has been a long and complex investigation involving a number of officers and we have succeeded in taking a massive amount of cannabis off the streets.

“In the process three people who worked together to set up this professional set-up are going to serve time in prison. 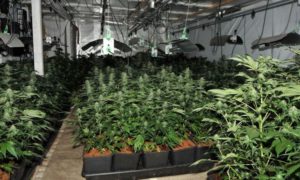 “We are continuing our work to take away the money and assets they have gained from their criminal behaviour.”

An application is expected to be made for a confiscation order under the Proceeds of Crime Act.

A key asset will be the proceeds from the sale of the farmhouse which was built for Boyle on the site of a horticultural nursery in 2005.

It was put up for sale for £1.3 million last year. The price was dropped twice. And it is believed to have sold for under £1 million.

Boyle grew up in Playden Close, Whitehawk. He is one of the seven children of the late Brighton antiques dealer Billy Boyle.