Terror raid carried out in Brighton

A property in Brighton was searched today in relation to yesterday’s terror attack in Westminster, the Metropolitan Police have said. 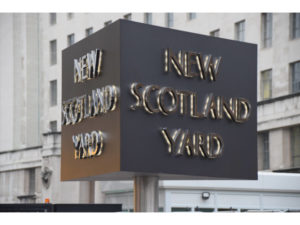 Detectives investigating the terrorist attack in which Khalid Masood killed three people searched the address earlier today as part of a series of searches across the country.

Masood’s attack began on Westminster Bridge, where he drove at speed along the pavement, injuring dozens of people and killing two, a 54-year-old American man and a 40-year-old British mother.

He then crashed the car, injuring more people, and stabbed PC Keith Palmer as he tried to enter Parliament before being shot dead by a police officer.

Today, seven people across the UK have been arrested, with six detained on suspicion of preparation of terrorist acts.

In a statement released an hour ago, the Met said: “The investigation by the Met’s Counter Terrorism Command into the terrorist attack on Wednesday continues to develop at a fast pace and involves hundreds of detectives.”

Masood, aged 52, was born in Kent and detectives believe he was most recently living in the West Midlands. Masood was also known by a number of aliases.

Masood was not the subject of any current investigations and there was no prior intelligence about his intent to mount a terrorist attack.

However, he was known to police and has a range of previous convictions for assaults, including GBH, possession of offensive weapons and public order offences.

Today, tributes have been paid to the police officer who died trying to stop Masood entering the Houses of Parliament, PC Keith Palmer.

The family of PC Keith Palmer today, Thursday 23 March said in a statement: “Keith will be remembered as a wonderful dad and husband. A loving son, brother and uncle. A long-time supporter of Charlton FC.

“Dedicated to his job and proud to be a police officer, brave and courageous. A friend to everyone who knew him. He will be deeply missed. We love him so much.

“His friends and family are shocked and devastated by his loss and ask that they are left to grieve alone in peace.”

Meanwhile, another of the victims has been named as Kurt Cochran, 54, is from Utah, USA. Family liaison officers are supporting his family and the family of a woman, aged in her 40s, who died. At the request of her family we will not be releasing her name.

Five people remain in a critical condition and two other people have life-threatening injuries.

The other addresses searched are in Carmarthenshire, Birmingham, east London and south east London have concluded.

A 39-year-old woman [A] was arrested at an address in east London on suspicion of preparation of terrorist acts.

All six [B-G] were arrested on suspicion of preparation of terrorist acts.

All seven arrests [A-G] were made overnight.

A 58-year-old man [H] was also arrested this morning at a separate address in Birmingham on suspicion of preparation of terrorist acts.

After the fatal shooting of Khalid Masood by a police firearms officer, as is required, a referral was made to the Independent Police Complaints Commission. The Metropolitan Police Service and the IPCC have agreed working arrangements relating to terrorist incidents and those were put in place.