Don’t miss The KVB at The Joker in Preston Circus, Brighton on Tuesday 21st November 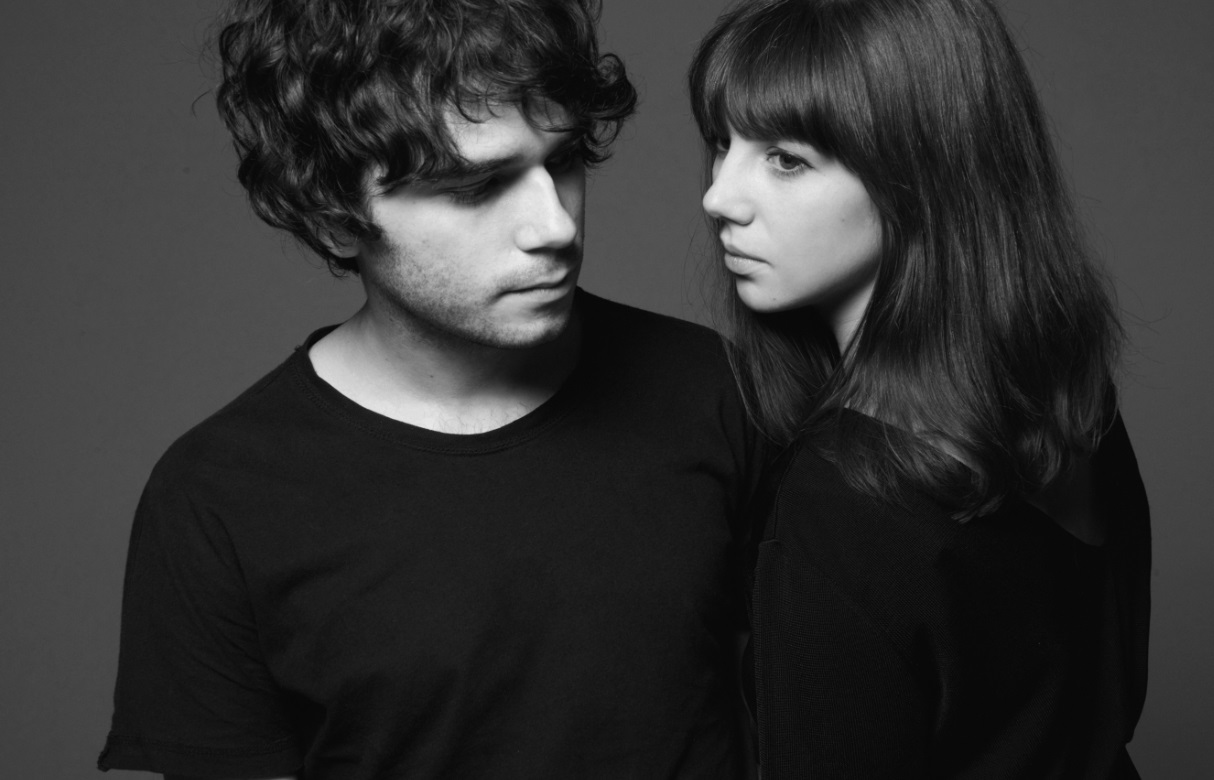 The KVB are a duo that you might not as yet of heard of, but they are well worth investigating!

Last year, I timed it perfectly when walking into Brighton’s excellent Resident Records in Kensington Gardens as my ears pricked up immediately on entering the shop. They were playing something I hadn’t come across before and I really liked it. I made a beeline straight to the counter and enquired what was playing. It was an album entitled ‘Of Desire’ by The KVB. I purchased it immediately. As I was buying it, my wife came into the shop, having been taking in further delights on Kensington Gardens and she said this sounds like Gary Numan. That was exactly what I had thought.

Up until now I have not had the chance to see The KVB play live, but as luck would have it, they will be performing at The Joker on Preston Circus on 21st November. It’s quite an intimate venue with only 200 tickets on sale, so if I were you, I wouldn’t leave it long to buy yours!

So what’s The KVB and their ‘Of Desire’ album all about? Well, having begun life as a bedroom project for then Southampton-based Nicholas Wood to experiment with ideas around minimal electronica and shoegaze, The KVB has grown with partner and collaborator Kat Day. The now Berlin-based productive pair have released four albums of woozy and immersive anthems since 2010, with their prolific work ethic also extending to the release of a number of tapes and EP’s too. 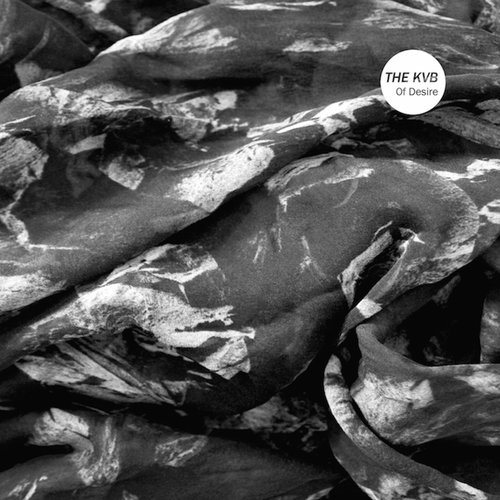 The KVB ‘Of Desire’ album

‘Of Desire’ is The KVB’s most fully formed record to date, taking in influences such as Death In Vegas, Scott Walker and Roxy Music (and in parts sounding similar to Tubeway Army – Gary Numan) to create something that is at once familiar and yet inventive and original. Steeped in musical history, it’s an album that hums with devotion and captures a band ready to emerge from the underground and embrace an ever-growing audience.

“Being able to produce from home meant we weren’t restricted.” Wood says remembering The KVB’s early days. Many of the songs on ‘Of Desire’ date back to these earliest bedroom recordings, including lead single ‘In Deep’. “It’s about longing,” he adds of a song powered by a motorik beat and distorted blasts of icy guitars.” There’s definitely a romantic undercurrent to the record.”

This romantic undercurrent is explored further on ‘Never Enough’; a minimal-wave glitter beat that captures The KVB’s growing confidence perfectly. The demo of the song has picked up nearly two million views on YouTube. “People on the comments think it’s a very sexy song,” says Day. “They seem to get turned on by it.”

The common thread running through the record is one of otherworldliness, as if you are entering another realm in which only The KVB has access. As Day explains, “It’s about longing to be with someone and getting lost in a world that you create together.”

Wood meanwhile is exploring having dropped his guard and finding his voice more present in the recordings than ever before. “Lyrically and vocally you can hear my voice more on this record,” he explains. “There’s less of a shield between the listener. It’s more personal. We wanted to try something new. It was time.”

‘Of Desire’ was The KVB’s second LP on Geoff Barrow’s label, Invada Records. Home to similarly experimental artists such as Anika, College, and Barrow’s own Beak>, the label has helped the band break out of the bedroom walls, which had begun to restrict them.

The band were invited to Barrow’s Invada Studios to record ‘Of Desire’, using his “wonderful synthesisers” as they began to flesh out ideas from bedroom demos dating back to Wood’s earliest recordings. “We used to record and release music very fast.” he says, “This new record is much more considered in terms of dynamics, arrangements and instrumentation. There are a lot more layers to it.”

Invada is also home to some of cinema’s most engaging soundtracks of recent years, having released the scores to films like Ex Machina, Solaris, Hannibal and Nicholas Winding Refn’s brutal neon masterpiece, Drive. Scoring films appeals greatly to The KVB. “We really like the soundtrack side of the label. We feel our music has a cinematic quality and that is something we’re keen to explore,” Day adds.

Day, who studied Fine Art at Goldsmiths, also provides all of the visual elements surrounding The KVB, from album artwork to video projections for their live performances. Inspired by artists such as CGI experimenter Ed Atkins and German film-maker, visual artist and video documentarian Hito Steyerl, her work is rich in texture; immersive and alluring.

‘Of Desire’ is The KVB’s moment of sticking their heads up above the parapet. It’s a bold and confident record that captures the ephemeral sense of magnetism in a relationship, that which pulls people together and creates a friction between souls.

For more information on the band, visit their website: http://www.thekvb.co.uk/

and to purchase tickets for their Brighton gig, go to: http://www.songkick.com/concerts/30910879-kvb-at-joker?utm_source=11593&utm_medium=partner&utm_campaign=widget&utm_content=402740 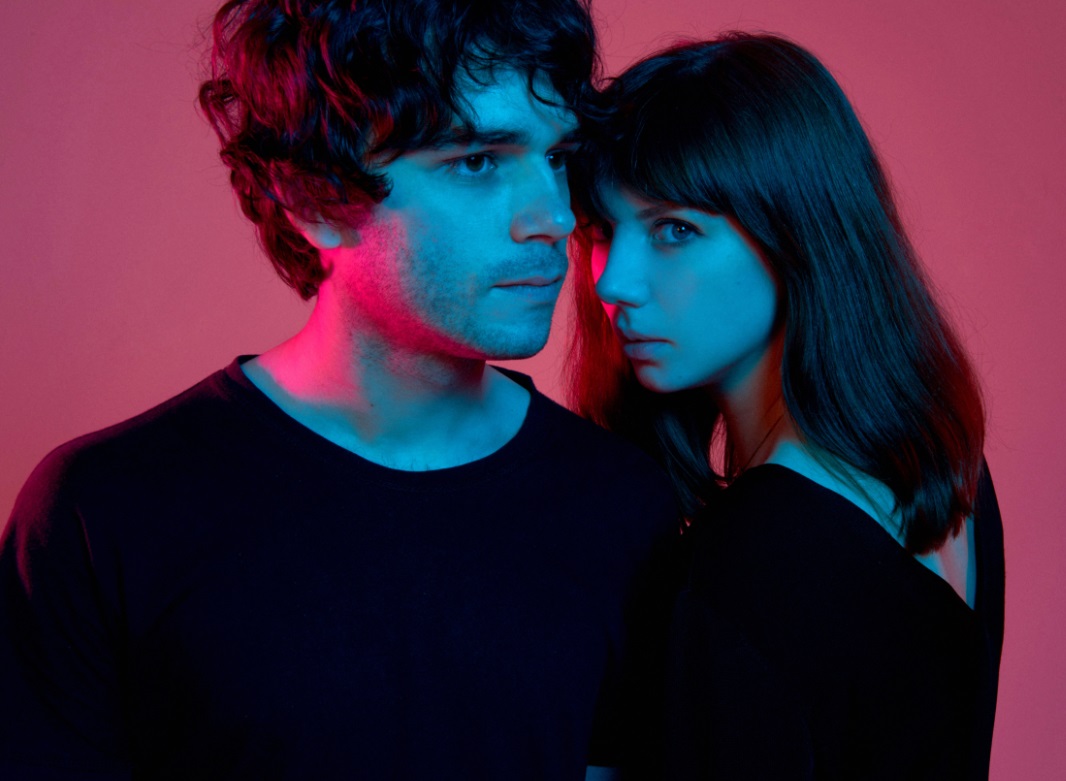