Spizz is boldly going in search of the Prince Albert 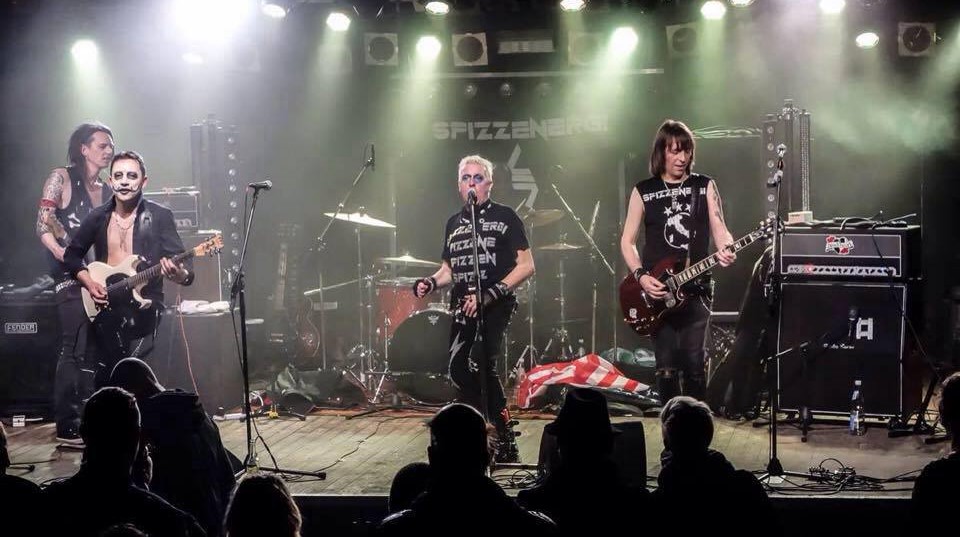 Spizzenergi are coming to Brighton next year

Stardate 27-04-2018. Location: under Brighton’s main railway station. Crew: Spizzenergi, Captain Kirk and Spock (who may still be missing?) and those security guys in red tunics that always meet an ill ending.

Confused? Well, the music team at Brighton & Hove News are excited to learn of the announcement of the return to Brighton of Spizz! Who? It’s only blimmin’ Spizzenergi isn’t it! Last seen transporting across town at the Undercover Festival last year and very good too he was!

Spizz is exactly what the music industry has enjoyed since the inception in 1979 – a real character! Someone, in the words of The Shamen’s ‘Ebenezer Goode’, someone that is “very much maligned and misunderstood”. Some have questioned the sanity of this vertically challenged mega-star, but no, they would be wrong, as I have always seen it as his relentless drive! My friend Bazza has known him for decades and he told me that he is one of the very nicest people you will ever meet! He was pleasant to me when having a brief conversation up at Brighton Racecourse in 2016 for Mick’s Undercover Festival. 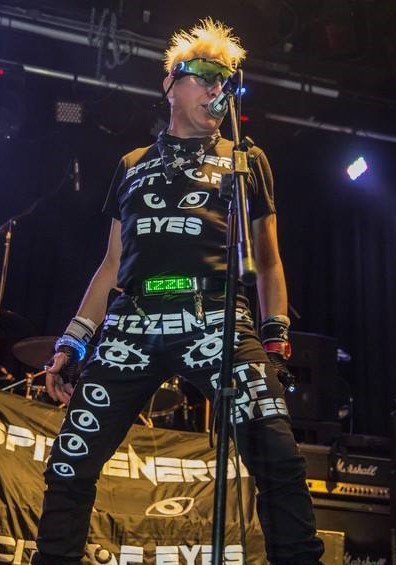 Spizz an entertainer through and through

Back in the day Spizz would change the band name each year and I can recall a conversation with my mate Guy around the tail end of 1980, whereby we were trying to hazard a guess at next year’s Spizz name! It was fun, but alas the Guinness Book of Records failed to recognise Spizz’s claim that he has recorded and released the greatest number of recordings under different names. We’ve had: SPIZZ’77, SPIZZOIL, SPIZZENERGI, ATHLETICO SPIZZ 80, SPIZZLES, SPIZZOLOGY and SPIZZITALIA!

I still have my treasured 7″ singles of the legendary ‘Where’s Captain Kirk?’ (released December 1979) and follow up ‘No Room’ (released in June 1980). I have no idea why I didn’t purchase the excellent ‘Soldier Soldier’ at the time too? My loss.

Both ‘Soldier Soldier’ and ‘Where’s Captain Kirk?’ received critical acclaim – ‘Soldier Soldier’ was named Single of The Week by the NME and not to be outdone ‘Where’s Captain Kirk?’ was named Single of The Week by the Melody Maker. ‘Soldier Soldier’ was championed at the time by such artists as Paul Weller and the late Frank Zappa who included it on a one-off BBC radio special, while ‘Where’s Captain Kirk?’ has been recorded by a number of other artists, most notably R.E.M. Though ‘Kirk’ just bubbled under the Top 40 at the time of its release, Rough Trade’s distribution caught by surprise was unable to keep up with demand, however it remained at No.1 on the newly created Independent chart for over two months in 1980 and remained in the top 50 for the entire year. 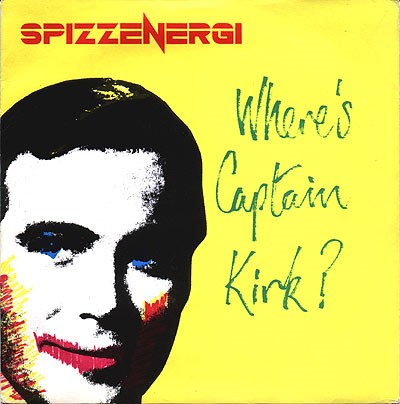 It is said that broadcasting legend John Peel called ‘Where’s Captain Kirk?’ the best Star Trek song ever (Spizz did four Peel sessions in his time) and that groups, such as Space, Oasis, Pulp and Green Day have acknowledged the influence of the band – praise indeed! 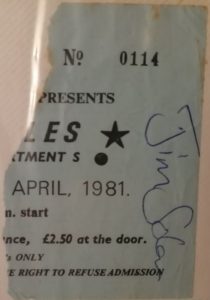 My ticket stub from Spizzles 5th April 1981 concert at Jenkinson’s in Brighton, which is signed by Jim Solar

So Spizz and his band are back in Brighton on 27th April next year at the Prince Albert and will be supported by The WitchDoktors, who hail from the darkest vaults of South London.

The WitchDoktors have been honing their SuperPunkRock sound and shows, drawing on their 70s punk upbringing (Ramones, Clash, Pistols, Damned etc) and adding a good ol’ full measure of trashy rock’n’roll-a-billy, a dash of 60s Psyche-Out Garage, a bitter twist of country and whizzing it all up with some godamming loud geetars our special brand of thunderous drums!

I am sure it will be a fantastic evening, so don’t miss out and grab your tickets here: http://www.wegottickets.com/event/422677 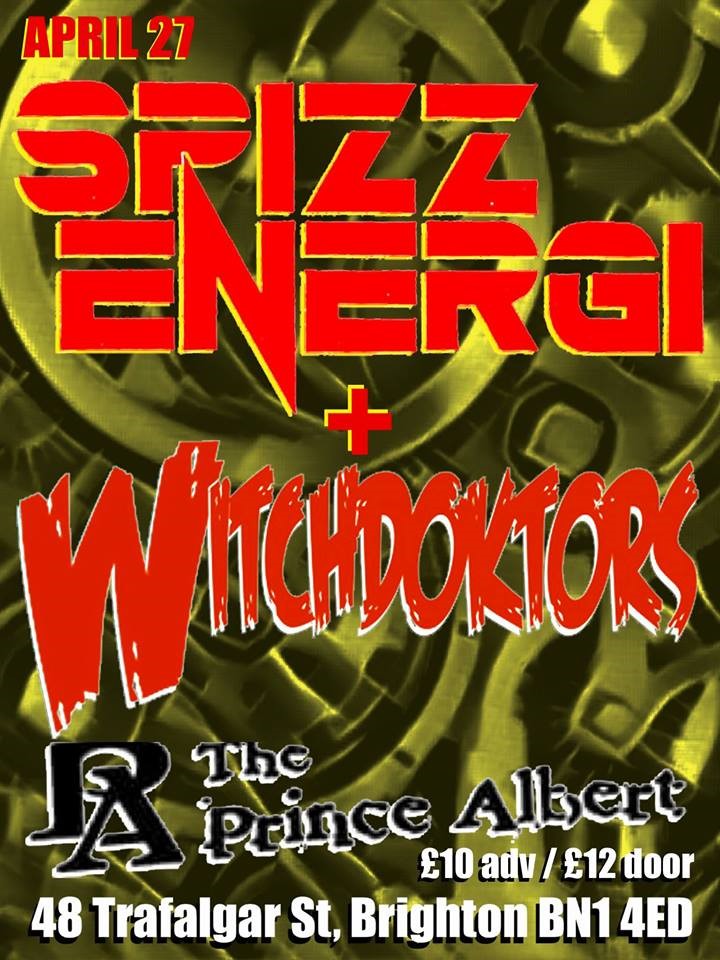