The Sound of the Suburbs – north of Brighton 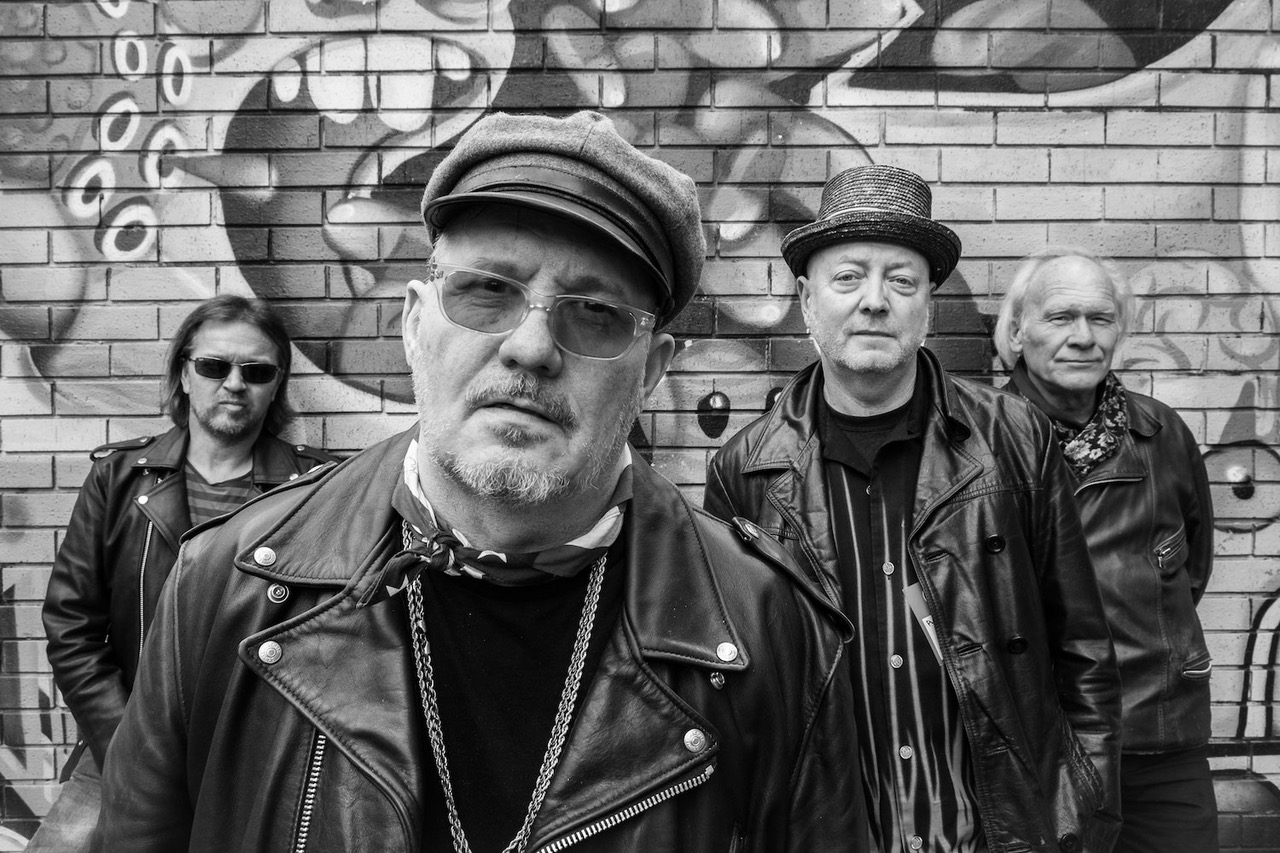 Some things over the past 40 years haven’t really changed that much.

For instance, the sound of the suburbs, where quite often you get the same old boring Sunday morning, where your old man’s out washing the car and mum’s in the kitchen cooking Sunday dinner and Johnny’s upstairs in his bedroom sitting in the dark, annoying the neighbours with his punk rock electric guitar …

Sound familiar? Well it could do, as these words were uttered by one Nick Lightowlers aka Nicky Tesco of the legendary band The Members on their No 12 Top 40 UK single hit The Sound of the Suburbs.

Now, 40 years on, the band have announced a gig at the Con Club in Lewes on Saturday 16 June (along with Johnny Moped). 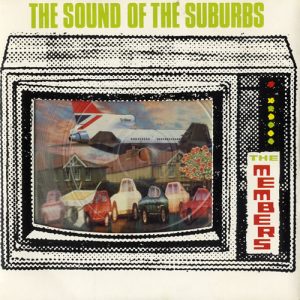 The Members classic clear vinyl single The Sound Of The Suburbs

The gig is to support of the recent launch of their new 400 per cent pledged campaigned Greatest Hits collection on 13 track black vinyl and limited edition pink vinyl LP and 18 track CD.

To whet your appetite, watch this four-minute video on the history of The Members https://www.youtube.com/watch?v=_lU-YVbrm30.

The Members’ Greatest Hits – All the Singles is a deﬁnitive collection of songs celebrating 40 years since their ﬁrst gig at the legendary Roxy Club in 1977.

Throughout their career The Members have scored hits which have become anthems on three different continents and have worked with some of the greatest British producers. 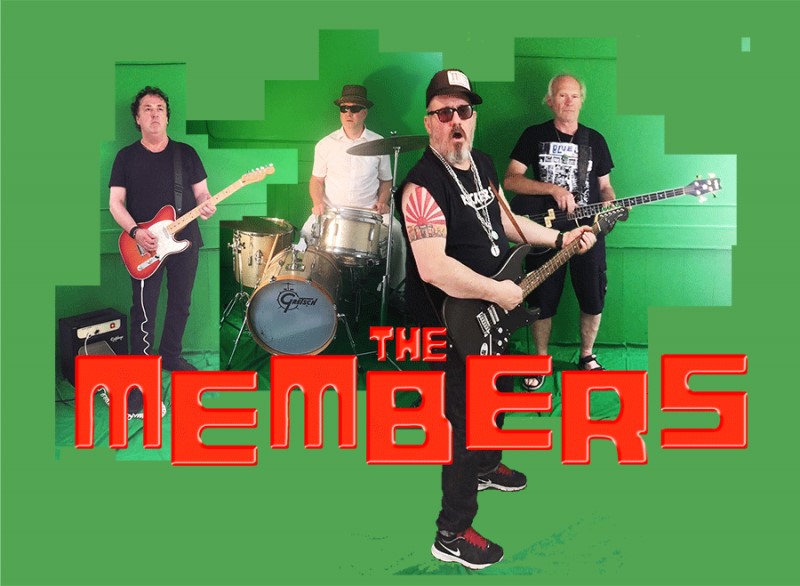 The current incarnation of the band has toured all over the world and continues to record and release records.

They have been signed by Dave Robinson, Richard Branson, Clive Davis, Martin Rushent and Richard England.

For the ﬁrst time, their seventies, eighties and noughties musical output has been collected together along with a new single called Smart Phone Junkie which you can watch here https://www.youtube.com/watch?v=9zgsp_2EflY. 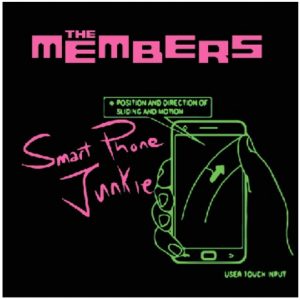 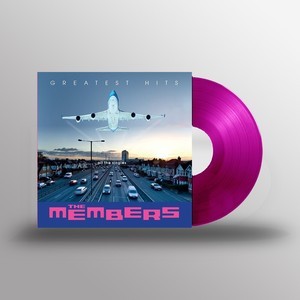 You may be interested in these 10 little-known facts about The Members
1. The Sound of the Suburbs sold 1/4 million records in just a few weeks on its release in 1979.
2. Offshore Banking Business helped relaunch the career of Cuban-born reggae trombone legend Rico Rodriguez MBE.
3. Solitary Conﬁnement (the Stiff Records single) is a live favourite.
4. Working Girl is the most popular Members Song in America
5. Radio was a No 1 Hit in Australia and was remixed as a danceﬂoor hit for Armand Van Helden in 2014 (as Duck Sauce).
6. Jean-Marie “JC” Carroll from The Members is a film composer who has played accordion on ﬁlms starring Marlon Barando, Johnny Depp, Dino Di Laurentis and Julien Temple.
7. The last Members studio album One Law also contained contributions from members of Pink Floyd and The Jam.
8. The legendary Rat Scabies of The Damned spent three years as The Members drummer from 2010 to 2013.
9. The Members YouTube channel https://www.youtube.com/channel/UC5I7IgPBRWAHS3iVptDMaDQ has in excess of 20,000 plays a month.
10. Never before have all The Members signiﬁcant records been collected together on one compilation, until the release of Greatest Hits – All the Singles on Friday 1 December 2017.

Tickets to see The Members at the Con Club, Lewes, on Saturday 16 June can be found here https://www.songkick.com/concerts/32178164-members-at-con-club. 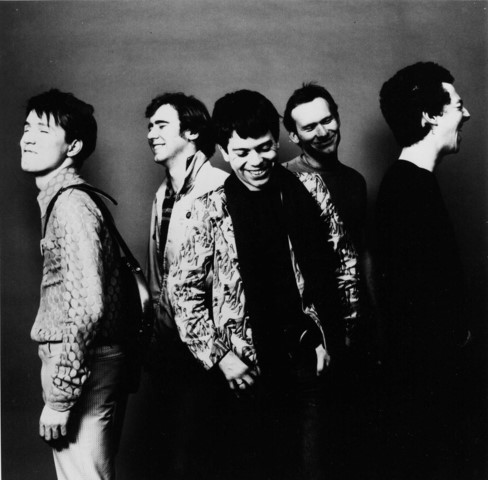 The Members back in the day 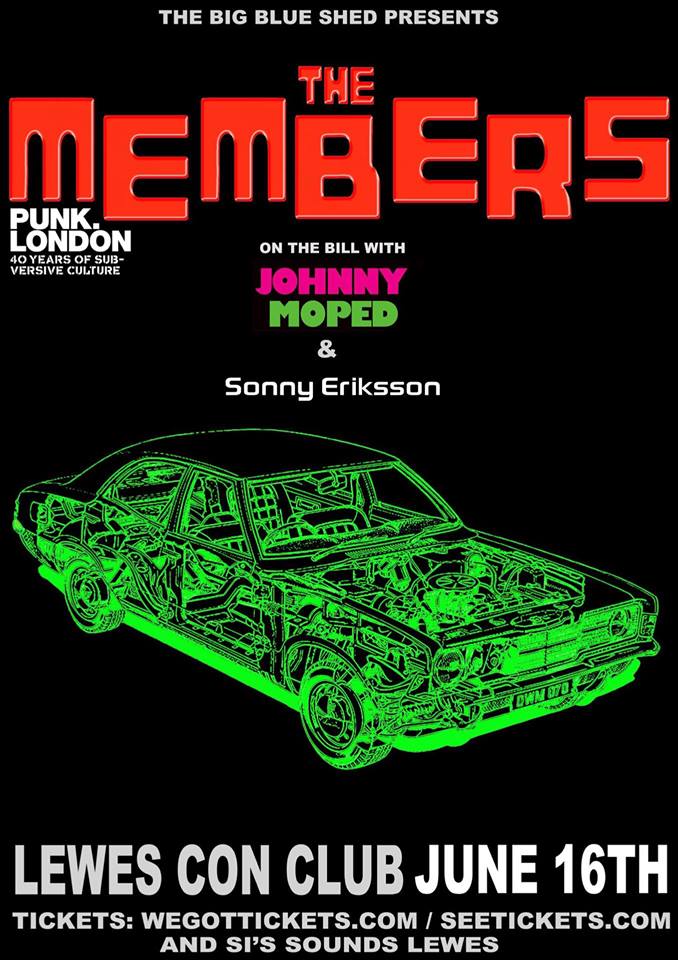 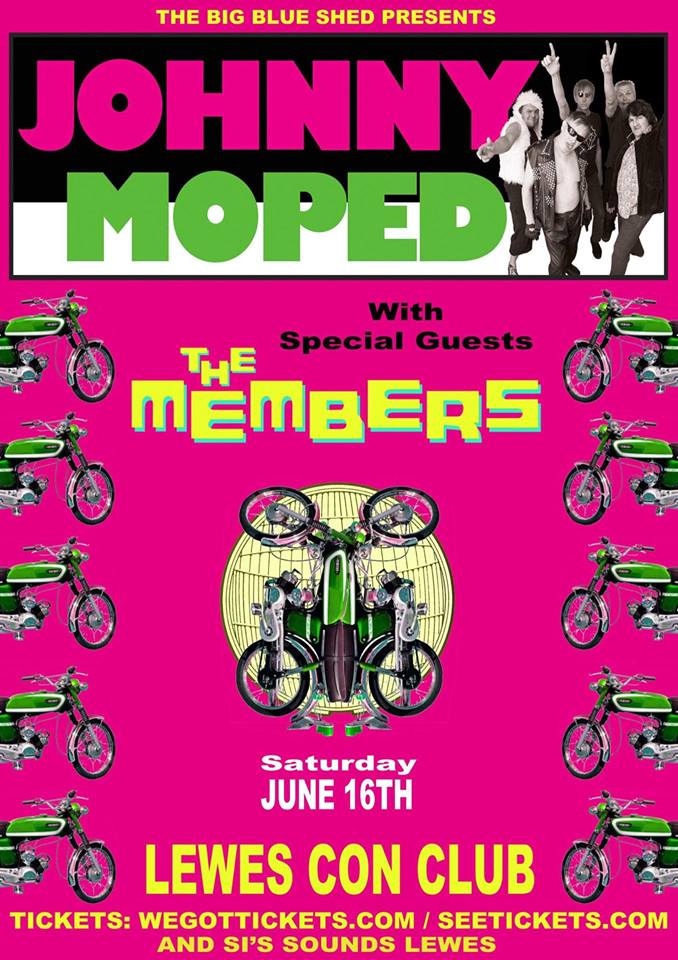 Johnny Moped is also on the bill 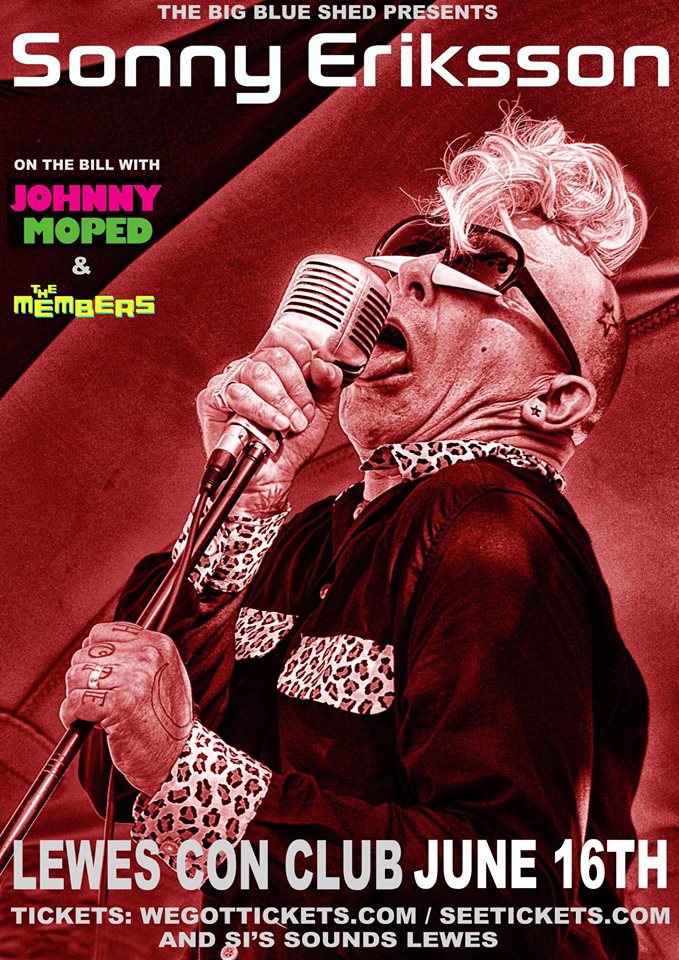 Sonny Eriksson is also on the bill – it’s on to be a “KILLER” event!