Historic Hove landmark – the Engineerium – up for sale

One of the most prominent and historic landmarks in Hove, the British Engineerium, is up for sale. 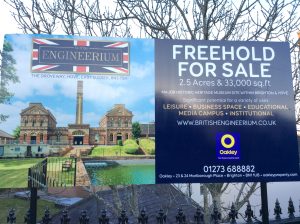 The grade II* listed building with its 95ft chimney was bought by property developer Mike Holland in 2006.

And in the years since, he is believed to have spent about £10 million on his dream of turning it into a thriving museum and educational centre.

But Mr Holland, 70, was jailed for nine months in September for manslaughter, as was foreman Grant Oakes, after carpenter David Clark died while restoring one of Mr Holland’s properties, an old stable block in Stanmer.

A ‘for sale’ sign has been put up at the Engineerium, in The Droveway, Hove, on the corner of Nevill Road.

The buildings – 33,000 sq ft of floor space set in two and a half acres of grounds – previously housed the Goldstone Pumping Station which opened in 1866.

Commercial estate agent Oakley is marketing the site, suggesting that it could be used for leisure, business or educational purposes.

It was owned for many years by the Brighton Water Corporation which set out plans to build a much smaller electric pumphouse in 1971.

After the corporation was absorbed by the newly created Southern Water, then state-owned, it sold the redundant site to London-based steam expert Jonathan Minns. 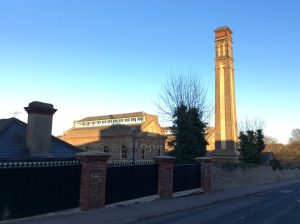 For some years the public could visit the buildings and see working steam engines in action. The minature railway in neighbouring Hove Park gives a flavour of the attraction.

Mr Minns, who died in 2013, put the Engineerium into a trust but it was sold 12 years ago having struggled financially for some time.

In June 2015 an arsonist set fire to the campanile-like chimney and the Waitrose supermarket next door. Firefighters managed to limit the damage to the much-loved landmark. 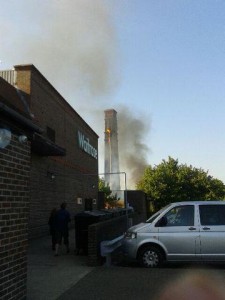 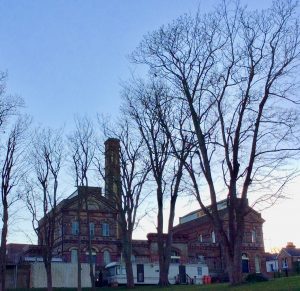