After the huge success of this year’s ‘40 Years Of Disco’ tour Tony Denton Promotions has announced the line-up for 2019 that once more brings together disco legends for this unique arena concert. The legendary acts confirmed to perform are Village People, The Trammps, Imagination featuring Leee John, The Gibson Brothers, The Three Degrees, The Real Thing and Eruption.

For over four decades disco has ruled the charts and dance floors and is currently stronger and more popular than ever! The ‘40 Years of Disco’ show is a high-energy hits only live extravaganza! The new tour takes in 4 arenas across the country starting on Thursday 21st March 2019 at the Brighton Centre and culminating on 24th March at Birmingham’s Genting Arena.

Disco started in the early 70’s in the clubs of New York with Studio 54, which opened in 1977, being the most famous. The same year the ‘Disco Fever’ album spent 6 weeks at No.1 and was still there at Christmas.

VILLAGE PEOPLE – One of THE biggest Disco acts of all time with the classic hits “In The Navy”, “Go West”, “Can’t Stop The Music”, “San Francisco”, “Macho Man” & the worldwide No. 1 anthem “YMCA” which has sold over 12 million copies to date. The track and its iconic dance is part of almost every party, wedding and sporting event. The group has sold in excess of 100 million records around the globe with their hits being heard in commercials from Pepsi to Wonderful Pistachios! Michael Jackson, Cher, Madonna and Joan Rivers are among artists who appeared on the bill with Village People. Their hits have also been featured in dozens of films including Wayne’s World II, Adams Family Values, The Nutty Professor, and Despicable Me 2. The Broadway hit Priscilla: Queen of the Desert features their song ‘Go West’. The group even has a star on the Hollywood Walk of Fame! On their 40th anniversary, Willis, the original lead singer, returned. With his powerful and distinctive voice, the party continues with the original “Hot Cop” back at the helm!

THE TRAMMPS – Have two of the most iconic Disco songs – “Disco Inferno” for which they won a Grammy Award & “Hold Back The Night”, other hits include “That’s Where The Happy People Go” & “Zing Went The Strings To My Heart”. ‘Disco Inferno’ has been covered by many major stars including Tina Turner & Cyndi Lauper and in 1977 was the
hottest song on the International Disco scene. The group was also recognized as the most popular disco acts by one of New York’s most prestigious clubs, 2001 Space Odyssey, the location for the motion picture, Saturday Night Fever! The soundtrack for the movie, which included ‘Disco Inferno’, was the industries biggest selling album to date!

IMAGINATION featuring Leee John: Over the past three decades the multi award winning British soul group have brought us such classic hits such as ‘Body Talk’, ‘Just An illusion’, ‘Music and Lights’, ‘Flashback’ & ‘In & Out of Love’ which helped secure their power and dominance over the charts with their genre defying music not only in the UK but across the world with sales in excess of over 30 million albums. Even today the story of Imagination’s music continues in the form of a long list of samples, remixes and adaptations by major contemporary stars. Destiny’s Child (complete with Beyoncé) sampled ‘Just An illusion’ on their 1998 self-titled debut album and Mariah Carey reused the track on her top ten single “Get Your Number” and ‘All Night Loving’ was sampled by 88 Keys featuring Kanye West.

THE GIBSON BROTHERS: Throughout the 70’s The Gibson Brothers dominated the charts and the dance floors and in 1978 released “Cuba/Better Do It Salsa” with a catchy tune that propelled them to Number 1 in several countries, earning them four gold records. Other hits include “Ooh, What A Life”, “Mariana” and “Que Sera Mi Vida” which sold 5 million copies worldwide.

THE THREE DEGREES – The trio had a string of hits including “Giving Up, Giving In”, “The Runner”, “Take Good Care Of Yourself”, “My Simple Heart”, “Year Of Decision”, “Woman In Love” & the No. 1 “When Will I See You Again”. More than three decades on, the ladies have retained everything that made them special — their beauty, their sparkling choreography and their precise vocal qualities. And, in between, they have amassed an impressive list of hit records. Prince Charles publicly acclaimed The Three Degrees as his favourite group tagging them Charlie’s Angels! They are the longest running female vocal group in history as confirmed by Guinness Book of Records. Today, the line-up consists of Valerie Holiday, Helen Scott and Freddie Pool.

THE REAL THING: The multi-million selling soul band features their two original vocalists Chris Amoo and Dave Smith who have just celebrated the 40th anniversary of their debut hit single ‘You To Me Are Everything’. The single reached No 1 in the UK. They have sold over 3 million singles that also includes the hits ‘Can’t Get By Without You’, ‘Whenever You Want My Love’ and ‘Can You Feel The Force’.

ODYSSEY: One of the most successful soul/disco acts of their era that culminated in the early 1980’s when they topped the UK charts with ‘Use It Up And Wear It Out’. They scored several other Top Ten hits in Britain and throughout the world. From their debut album emerged their first smash single – ‘Native New Yorker’, an international hit late in 1977. After that the hits then came thick and fast – the long running ballad ‘If You’re Looking for A Way Out’, a brilliant re-working of the Lamont Dozier classic ‘Going Back To My Roots’ and ‘Inside Out’ amongst others. 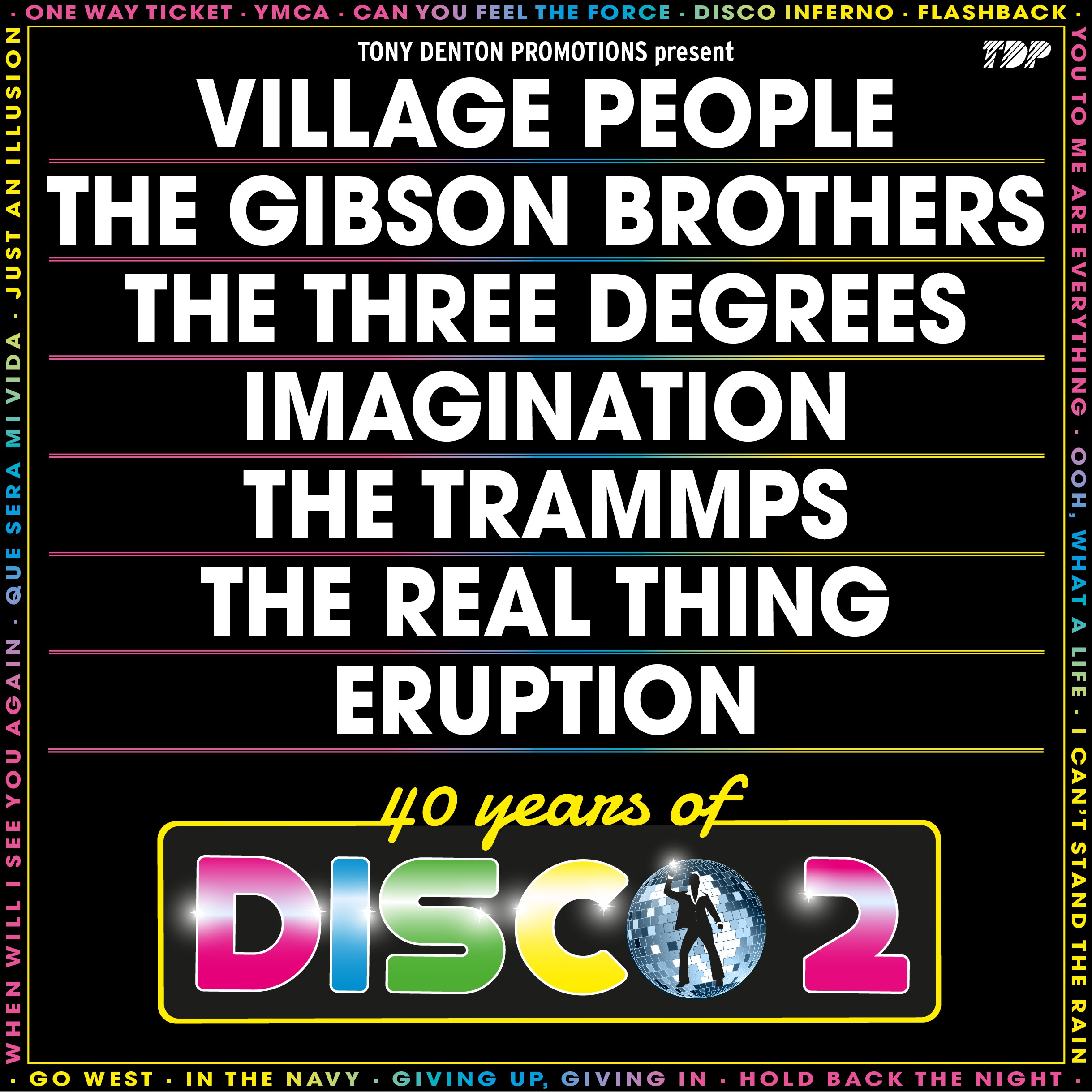