Dougie Poynter from McFly set to open tour in Brighton with his new band INK. 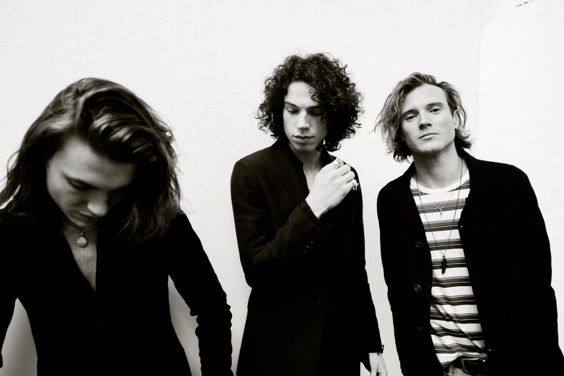 London-based alt-rock trio, INK. was formed in London in 2017 by three friends: vocalist/guitarist Todd Dorigo from Manchester; vocalist/bassist Dougie Poynter from London (and of McFly fame, who had 7 No.1 singles and 2 No.1 albums); and drummer Corey Alexander from Leeds.

Creating a sonic that can only be described as alternative rock meets grunge, classic rock and new age, the members of INK. are heavily influenced by a range of artists, from The Rolling Stones, Nick Cave and Nirvana to the writings of Alan Ginsberg, Vladimir Nabokov, and Jack Kerouc – often contrasting their pop-influenced hooks and bass driven verses with lyrics covering topics of anxiety, love and coming of age.

The band’s name (“INK.”) is a nod to Ralph Steadman, a Welsh illustrator best known for his ink-heavy pieces – pieces that inspired Dougie and Todd during the writing process.

INK.’s first EP, ‘Heaven’, was released globally on 14th March and features the songs ‘Symphony Woman’, and ‘Back To The Noise’ and the lead tracks, ‘Fever’ and ‘Heaven’.

The guys are set to open their UK tour with a date at The Haunt in Brighton on Friday 4th May and tickets are on sale now: https://www.seetickets.com/event/ink/the-haunt/1202683 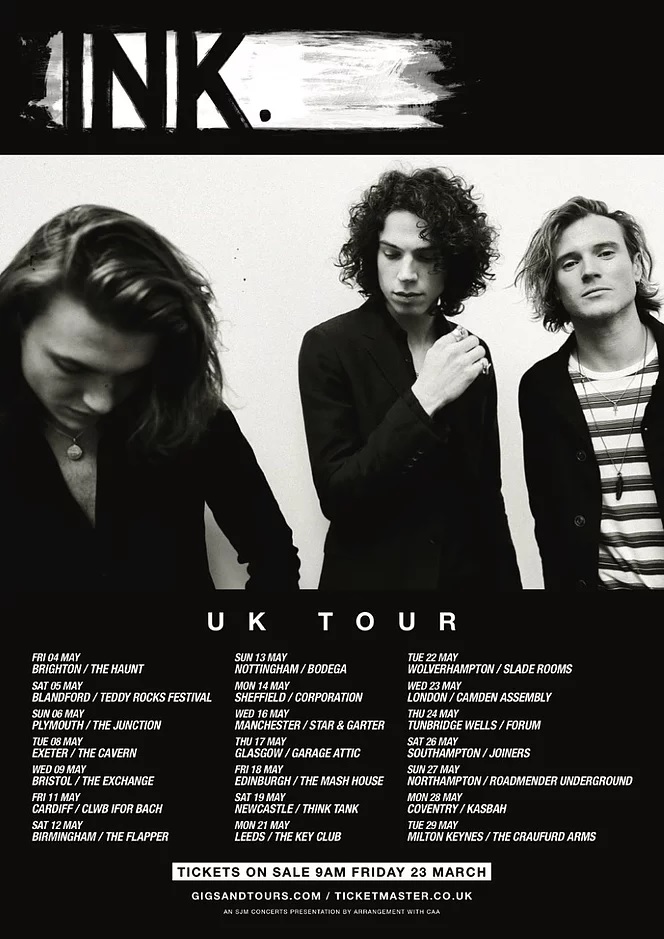