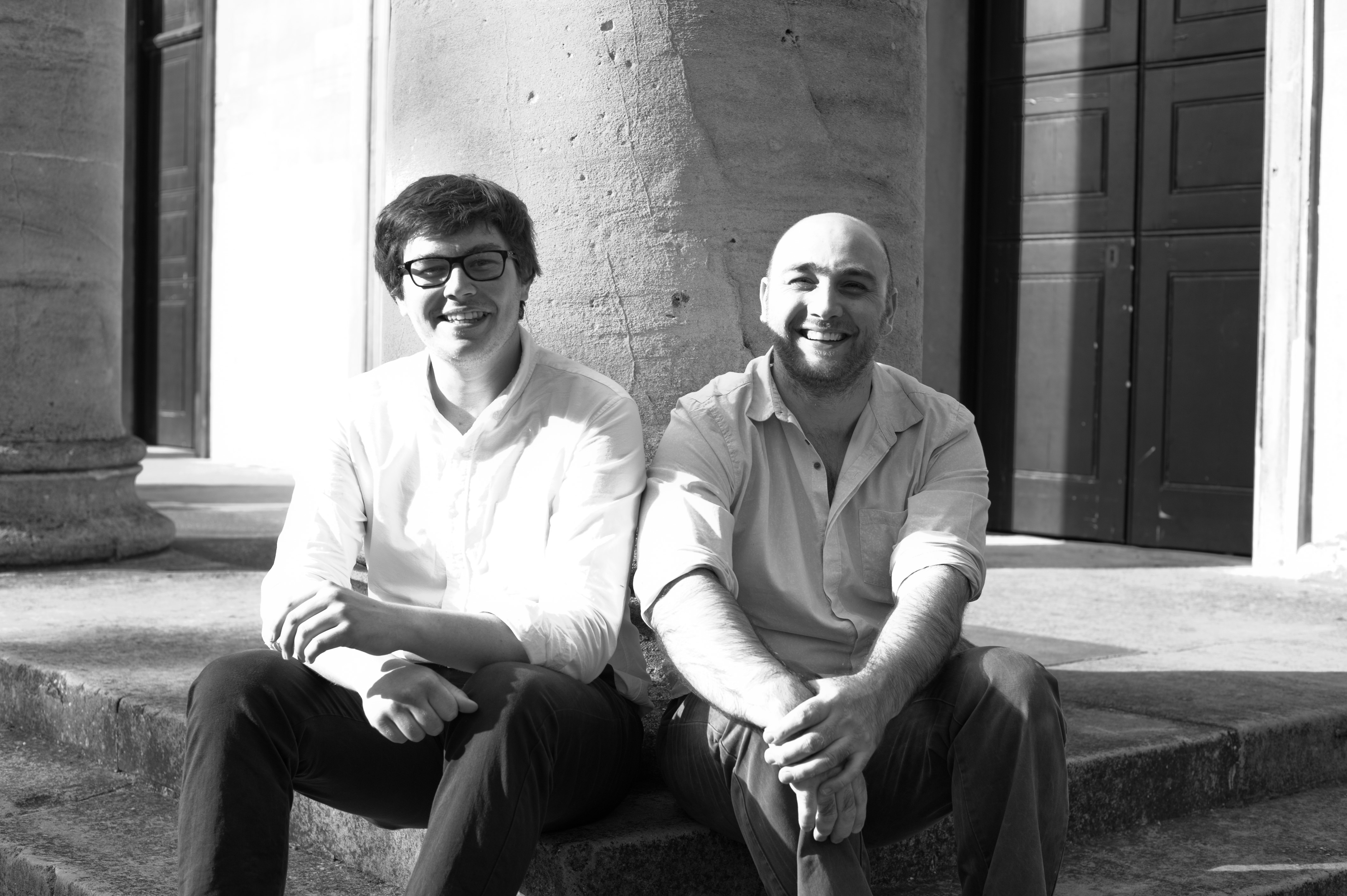 It’s always heartwarming when you discover exactly how resilient the people of Brighton can be.

Take for instance the case of the Rose Hill Tavern sandwiched between London Road and Ditchling Road. It was built in 1840 and the building became a public house in 1870 and ran as one all of the time up until 2014, when it sadly shut its doors. 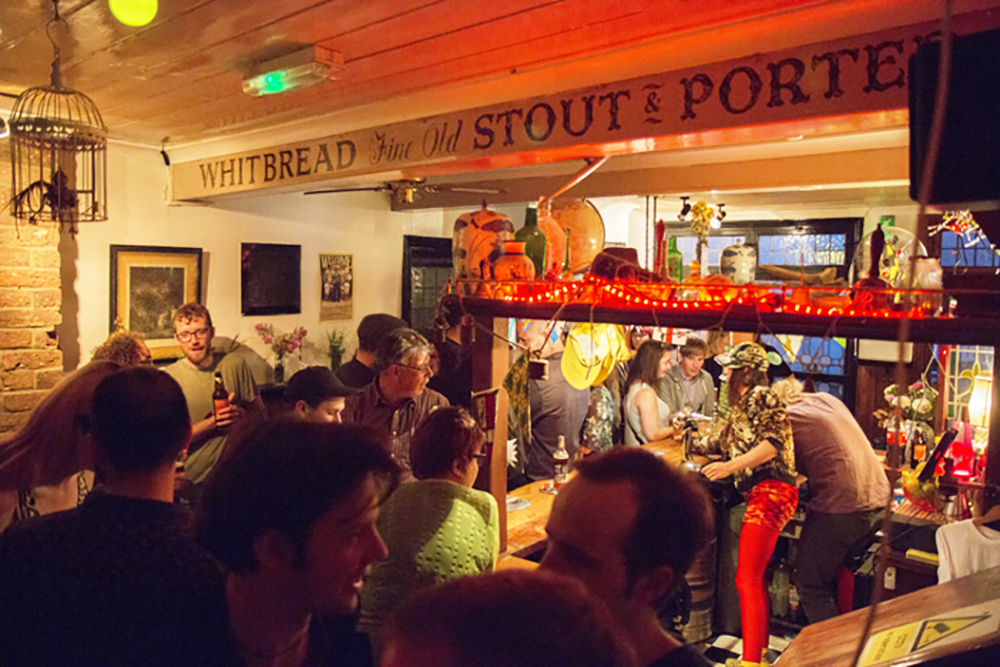 The building was purchased by developers who wanted to turn the site into luxury flats. The local residents kicked up a fuss and managed to get an Asset of Community Value (ACV) tag placed on the building and thus eventually blocking the planning application, thus the developers put their building up for sale. It is now a truly independent artist-led venue run by musicians and artists as a not-for-profit Communities Interest Company. Thus it is both a venue and a creative hub.

To that end they have lined up several interesting and varied events over the comings months. One of these being an evening of music with Dipper Malkin on Sunday 22nd April from 7:30pm.

Dipper Malkin are a captivating duo, who are rapidly earning a reputation for elevating traditional music to new heights of sturdy beauty and sophistication. Their highly-anticipated debut release, ‘Tricks of the Trade’, was included in The Sunday Times Top 10 Folk/Roots albums of 2017. 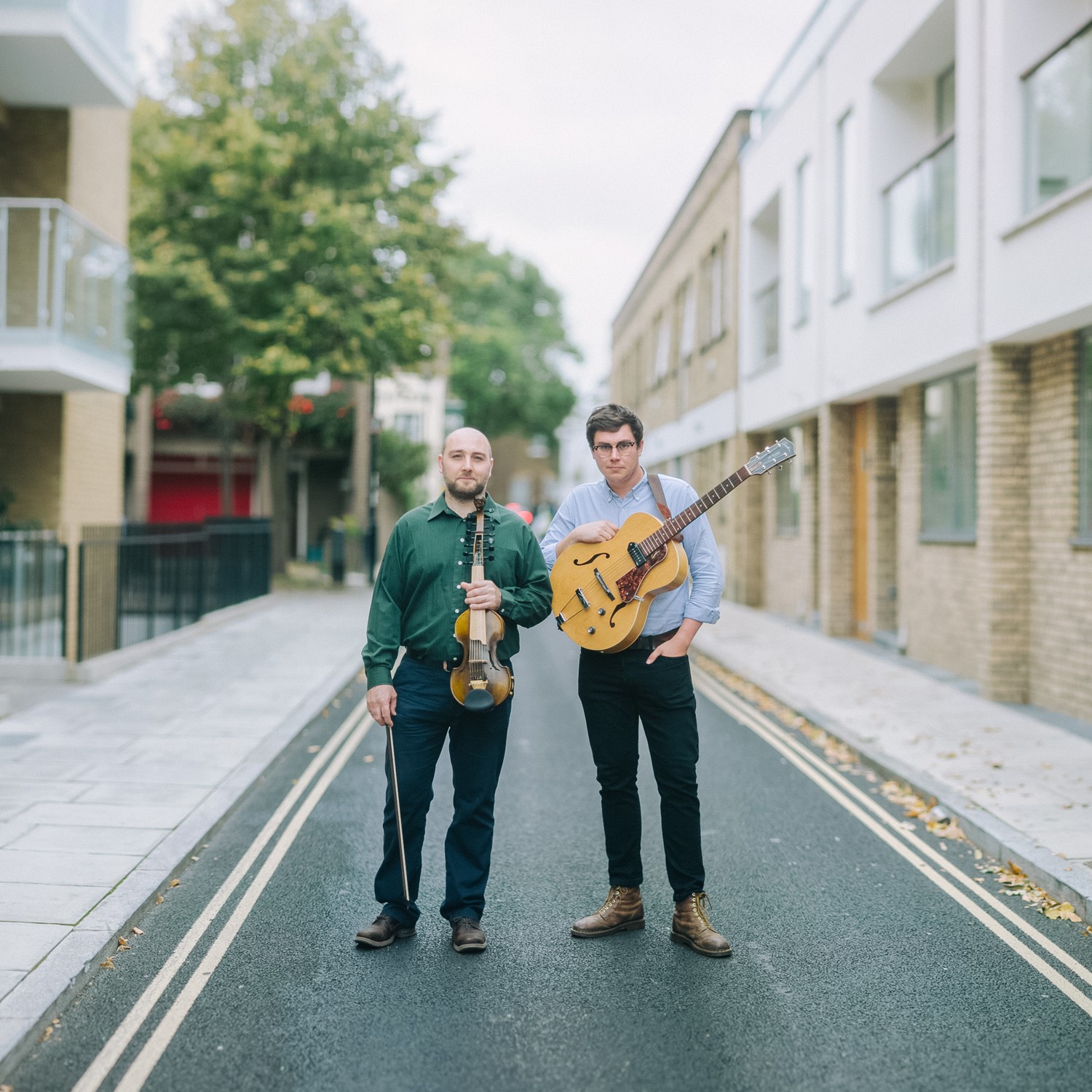 Dipper Malkin is the “potent combination” (Folk Radio UK) of two musicians that have spent their careers to date involved in groundbreaking projects. John Dipper (viola d’amore) was one third of The English Acoustic Collective alongside Chris Wood and Robert Harbron and currently works with string quartet Methera, The Emily Askew Band and Alma, while Dave Malkin (guitar, voice) was a founding member of trio Tandem, stylishly combining traditionally informed compositions with live electronics.

“It’s important to us both that we look outwards for inspiration. We aim to present work on a par with contemporary classical music in terms of its intrinsic artistic value, produced to the standard of a big-budget release, as thrilling and accurately executed as improvised jazz, but most importantly rooted in our tradition.”

Tickets for their Brighton concert are £10/£8 and can be purchased here: http://www.therosehill.co.uk/events/2018/4/22/dipper-malkin

Further details about this duo can be found on their website: http://www.dippermalkin.com/

The Rose Hill is located in Rose Hill Terrace, Brighton BN1 4JL and their website is here: http://www.therosehill.co.uk/ 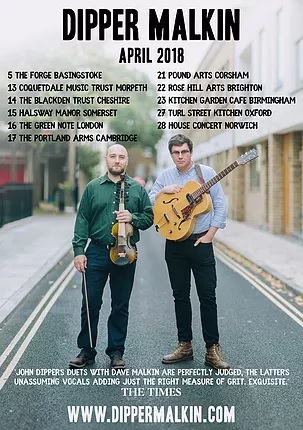