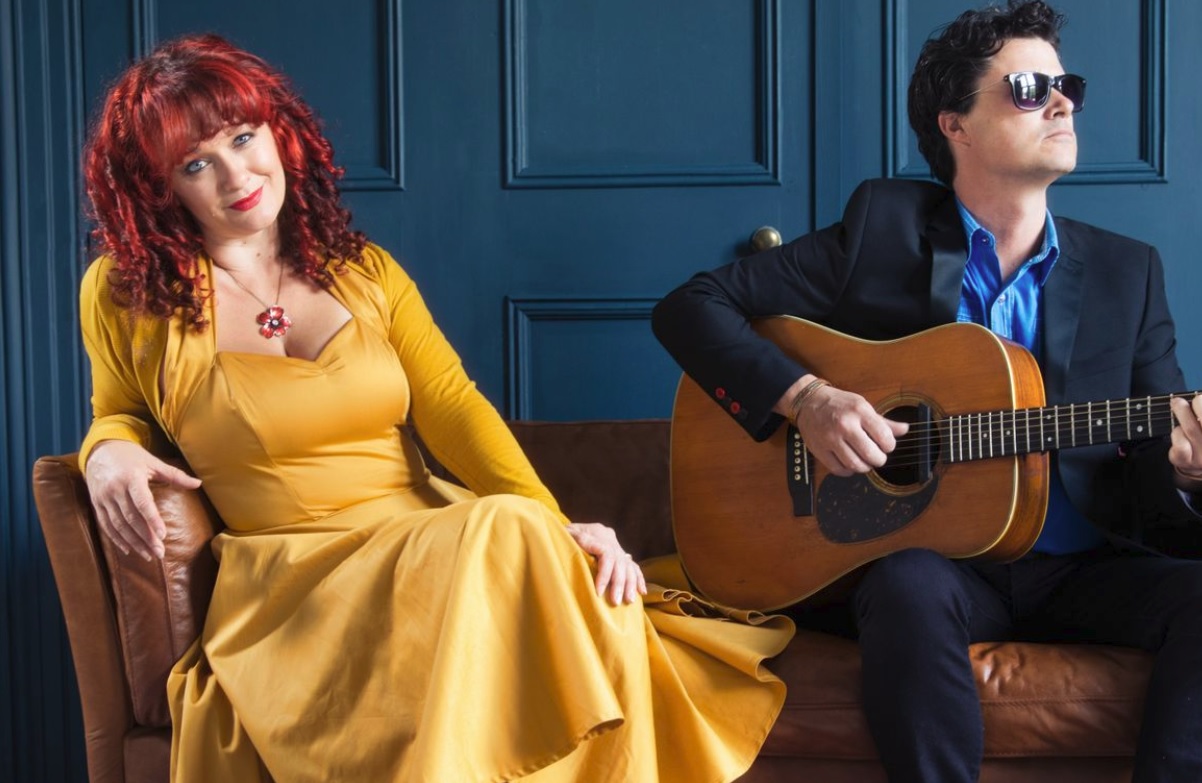 Duos come and duos go. And some nurture and fine tune their art and watch it grow into something totally original, captivating and award-winning.

Bonded by an unseen alchemy, Kathryn Roberts and Sean Lakeman have entwined their professional and personal relationship into an enviable class act of imaginative songwriting and musicianship.

The Dartmoor-based husband and wife have twice won the coveted Best Duo title at the BBC Radio 2 Folk Awards (2016 and 2013), consistently delivering assured, distinctive performances whether live or recorded.

Over two decades of performance they have never been trapped in a groove – always bold and innovative, mixing traditional song arrangements with (increasingly) their self-penned material which reels from the bitter to the sweet, the wry to the sad, the political to the passive, across folk, rock, country and blues genres.

A deft acoustic and electric guitarist and slick producer, Lakeman’s feted skills are matched by the exquisite voice and fluid piano and flute playing of Barnsley-born Roberts.

After a break to have their twin girls the former Equation band members returned in fine form with two acclaimed albums – ‘Hidden People’ (2012) followed by ‘Tomorrow Will Follow Today’ (2015). The 2012 release included their outstanding song about the South Yorkshire 1980s miners’ strike ‘The Ballad of Andy Jacobs’, nominated for Best Original Track at the 2013 BBC Radio 2 Folk Awards. 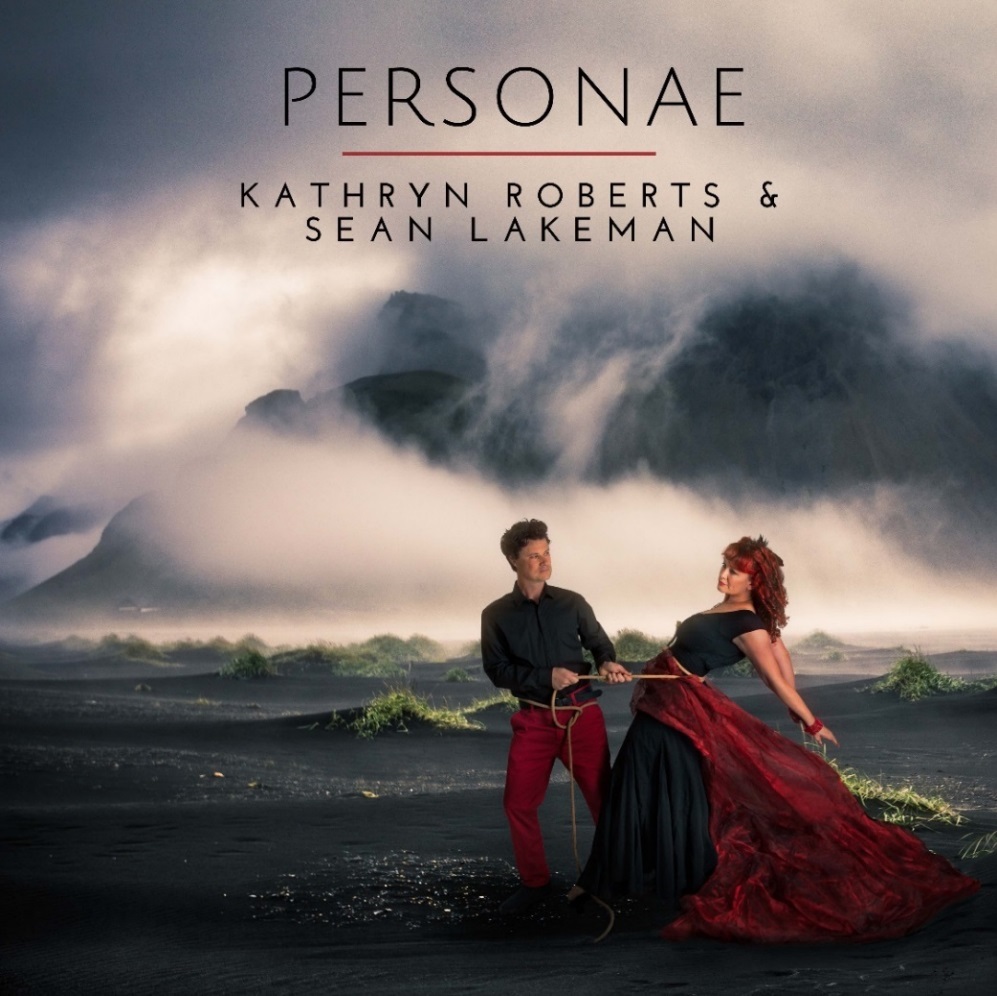 ‘Personae’, their landmark fifth studio album was launched on 9th March and is an eclectic emotional see-saw of material, melding 10 tracks of traditional ballads and their own versatile material, not surprisingly produced by Sean.

The album opens with a rousing, percussive folk-rock version of the ‘Child Ballad The Knight’s Ghost’, with Sam Kelly on guest vocals.

It leads straight into one of the stand-out tracks of the album -the plaintive original song ‘Independence’, about the relationship between parent and child and finding your way in the world, with its Kate Bush echoes.

The inspiration for their songs is often unexpected and quirky. ‘Tribute Of Hands’ is a fast-moving original song for a city – the giant-killing legend of the founding of the Flemish city of Antwerp.

Kathryn’s sublime vocal tackles Sandy Denny’s strong and elusive torch song ‘Solo’ in the one cover on the album – her favourite Denny song from the time she joined the Fotheringay reunion line-up in 2015. The mood then flips completely with the jaunty tongue-in-cheek Roberts/Lakeman number ‘The Poison Club’ – shades of Sergeant Pepper delicately laced with cyanide, arsenic and hemlock!

The poetic ‘Seasons’ is an arresting short journey mirroring love with the turn of the calendar and the duo again unearth unusual subject matter with ‘The Street Of The Cats Who Dance’, inspired by the true story of a change of Breton law in 1772 when they ceased using a pack of English Mastiffs to police the nightly curfew in St Malo after the grizzly death of a naval officer.

Two contrasting songs bound by a common theme follow – Kathryn’s multi-tracked voice telling the story of ‘Boney’s Defeat’ before moving to the duo’s wonderful own country-style song about another St Helena resident. 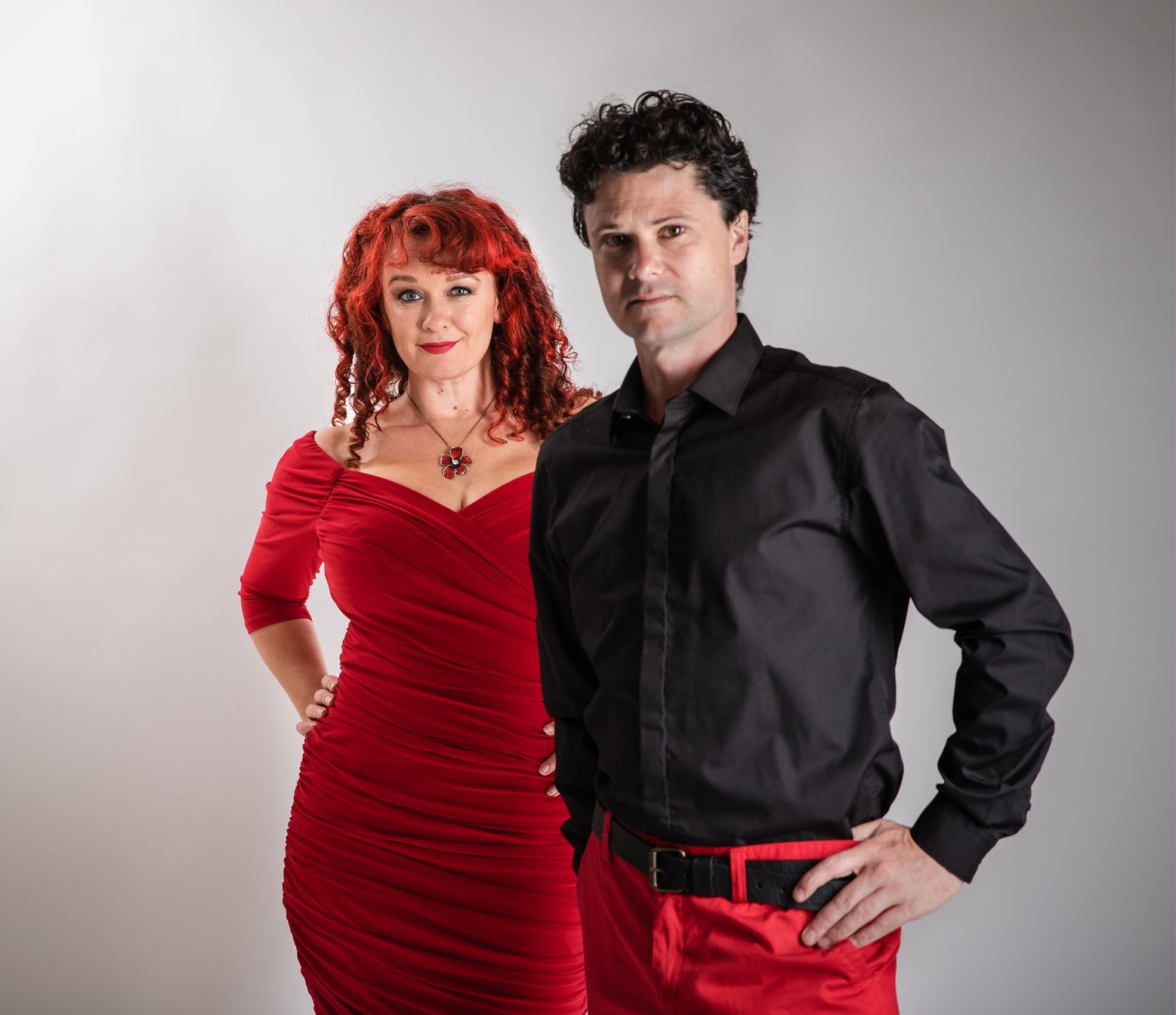 While ‘Tomorrow will Follow Today’ featured 52 Hertz- a song about a lonely misfit whale -here they revisit the animal world with ‘Old, Old, Old’, a quirky anthem written from the perspective of the 185 year-old giant Seychelles tortoise Jonathan with Seth Lakeman adding his fiddling skills.

The album closes with the beautiful and enigmatic ‘Goddess Made Flesh’. Asking the question “was she an icon or was she a fraud?” it’s a pensive piece rueing the loss of many young talented performers and wondering how their lives may have unfolded.

Once again Roberts & Lakeman have created an album by turns curious, thought-provoking, moving and magical – a complete cornucopia astutely delivered by one of the most intriguing, uninhibited and popular duos on the scene. Most definitely not personae non gratae.

‘Personae’ was released on the Iscream label on 9th March and distributed by Proper Records. It will be showcased on a 24-date UK tour with support act Sunjay https://www.sunjay.tv/ which calls in at the Komedia Brighton on Thursday 26th April.

Tickets for their Komedia Brighton show on Thursday 26th April are £12 in advance. Tel:01273 647100 https://www.komedia.co.uk/brighton/music/one-inch-badge-presentskathryn-roberts-sean-lakeman/

More information on the duo can be located here: https://www.kathrynrobertsandseanlakeman.com/