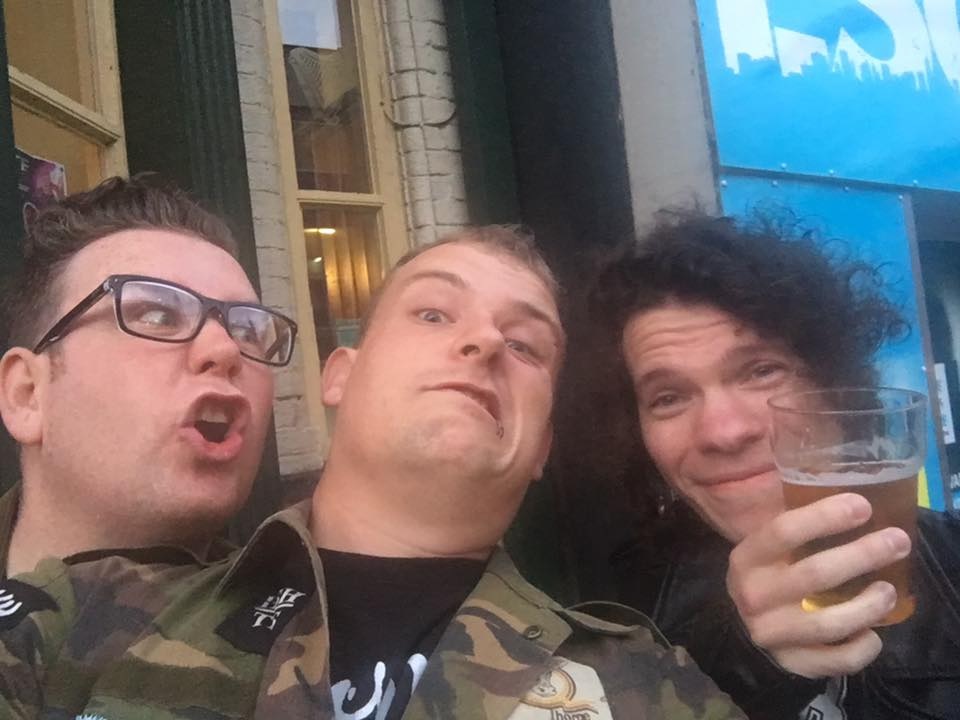 Cast your mind back to 2008, when the world was plunged deeply into a financial meltdown; Boris Johnson became the mayor of London, Russell Brand and Jonathan Ross left rude messages on the answerphone of Manuel from Fawlty Towers, Woolworths closed down meaning no further pick and mix. Things sucked, especially as Brighton & Hove Albion were languishing in lowly Division One.

But worse, much worse than all of these things, a Brighton punk band was conceived….. that band was Skurvi. Headed by Jimmy Skurvi on vocals (he of Radio Reverb fame), along with Perry (guitar), Liam (bass) and Craig (drums). 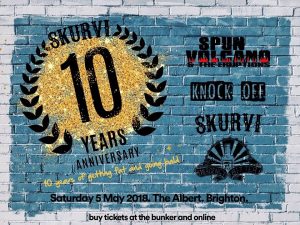 Skurvi state that they came together through a love of cheap booze, cheap laughs and punk rock. With old-school style and swagger exactly like Cock Sparrer and Peter & The Test Tube Babies, Skurvi deliver anthemic punk rock with power, passion and p*ss ups.
Who’d of thought it that ten years later these geezers are still on the case. 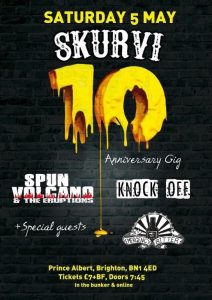 To celebrate a decade of overconfidence and underwhelming audiences Skurvi are having a party with their mates at the Prince Albert in Brighton on Saturday 5th May. It’s not an exclusive bash as any discerning punk rocka type will be welcome. In fact anyone would be welcome, as Skurvi just wanna ‘ave fun! They have even lined up three other punk bands to help them out on the night. More the merrier – literally! 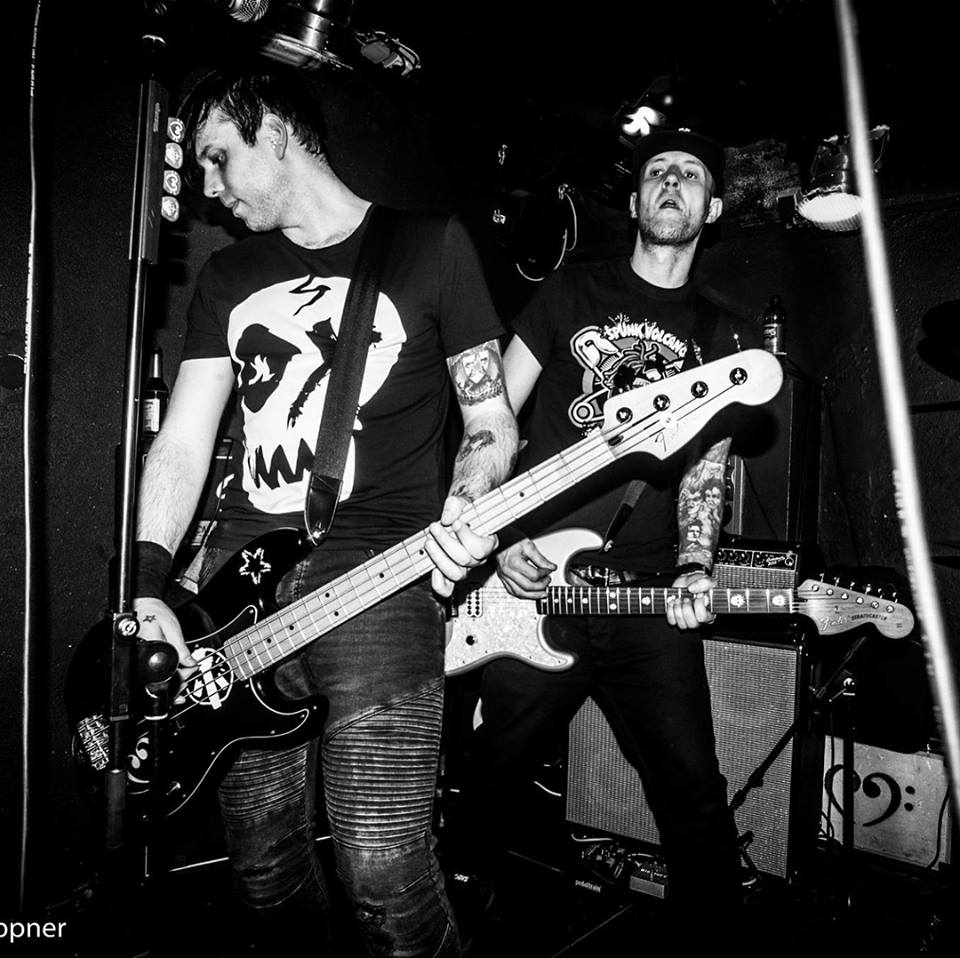 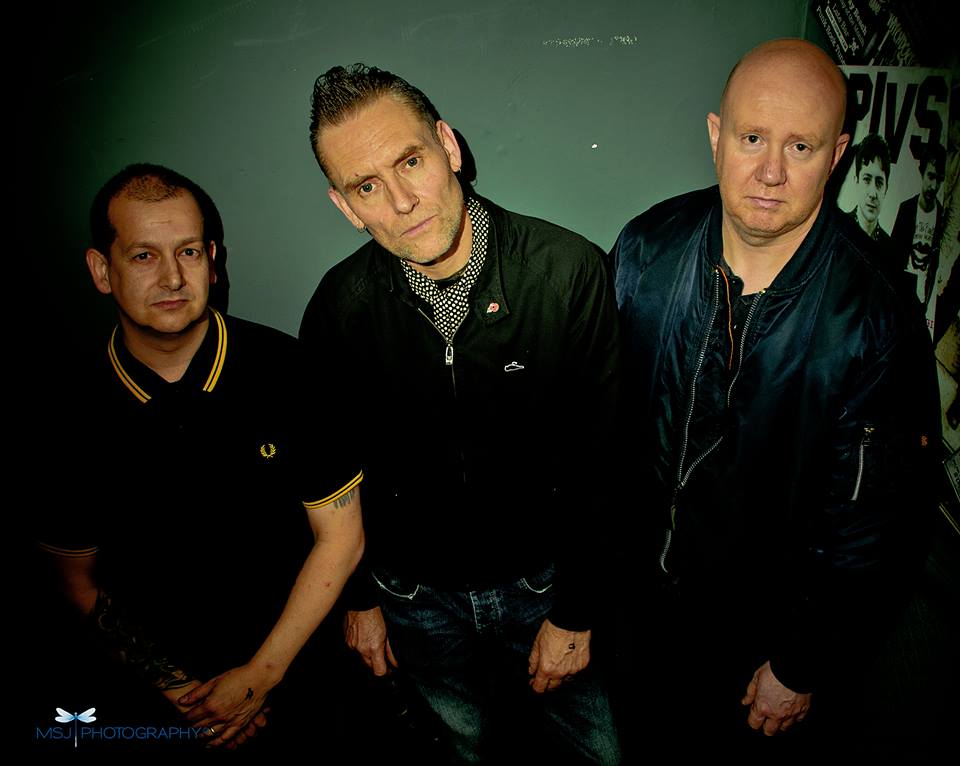 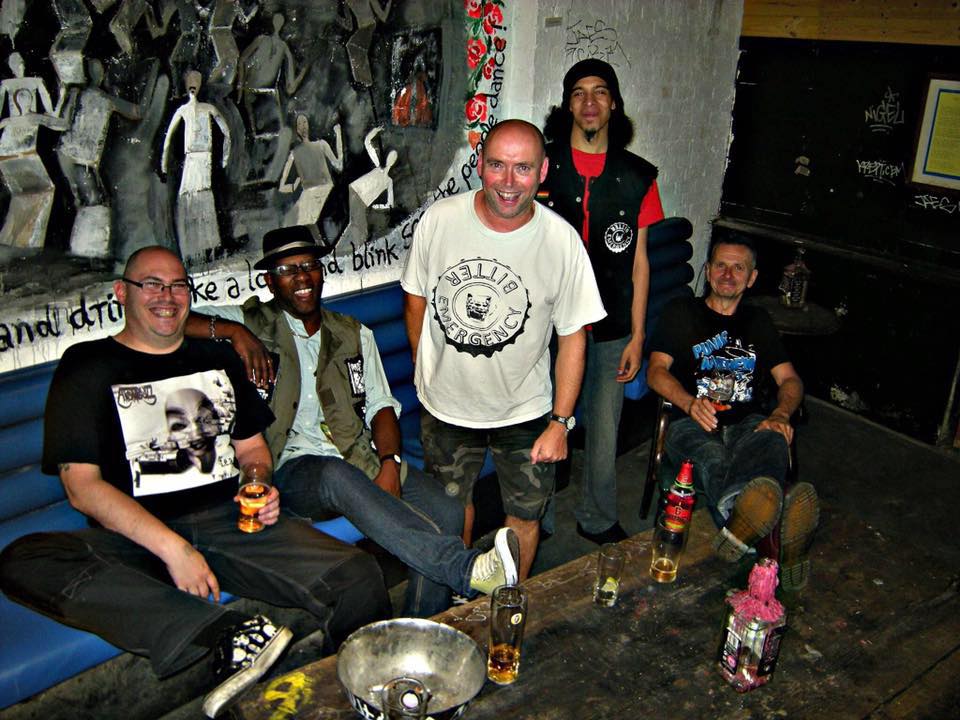 Enjoy loud music – Distortion Fest in Brighton could be for you