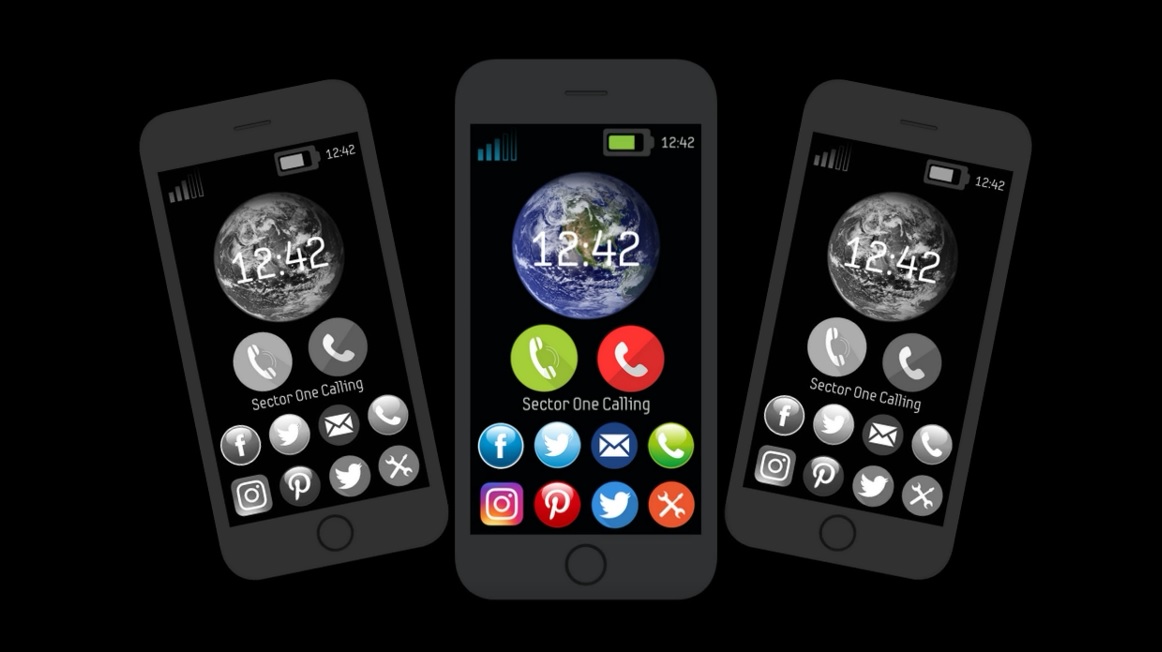 It’s Britain, it’s the Easter Holidays and guess what, it’s lashing it down outside – all very depressing! But then my inbox gets an email notification about a brand new album release this morning – Happy Days!

I clicked on it and WOW! This is truly top drawer! Roland Snickars has just made my Easter!

The eight track album in question is entitled ‘Telecommunication’ and was made by a chap from Stockholm in Sweden called Roland Snickars, who releases his material under the name Sector One on the Swedish Plonk label.

The music he produces is strongly influenced by early electronic music from the 1970’s and 1980’s, and are made with all analog vintage synthesizers and drum machines.

Listening to this new release (out 30th March 2018) your mind tells you that it could in fact be a new album or lost album from these four blokes from Düsseldorf, who’s golden era had Ralf Hütter, Florian Schneider, Karl Bartos and Wolfgang Flür as personnel. It’s literally that close!

However, not all synth purist will take to the ‘Telecommunication’ album as it could be a little too close for comfort to the Godfathers of synth’s sound. Copyist I hear from certain quarters. Yes indeed I will give them that. But there’s no getting away from it in my mind that this is to me is a terrific body of work and truly deserves to be discussed, shared and purchased, even though Mr Snickars could be aware that the album has more cheese than the Gamla-Amsterdam Cheese Shop Södermalm in Stockholm. 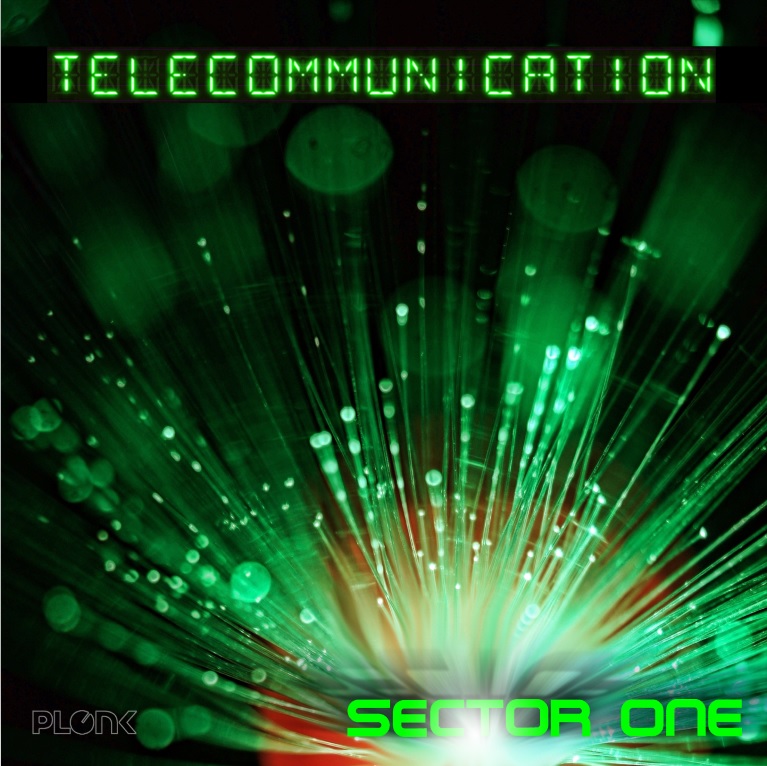 ‘Telecomminication’ album by Sector One

The opening song is the title track ‘Telecommunication’ and starts as though your phone is next door to your computer and then there is a massive nod to ‘House Phone’ by you know who! God I love vocoders – I blame the Cylons!

Song two is ‘Telecommunication Part 2’ continues along the same lines as its predecessor, but then you add in a speedier nod to New Order’s ‘Thieves Like Us’ mixed with ‘Neon Lights’ by those German blokes and voilà.

Song three is ‘I Hear Voices (Album Version)’ which heads off into Italo-disco-synth territory and reminded me of Cerrone’s ‘Supernature’ and Giorgio Moroder’s ‘The Chase’ from the Academy Award winning ‘Midnight Express’ film soundtrack.

Song four is ‘A Little Melody’, which no doubt was made “by pressing down a special key” or several on his trusty taschenrechner. This one chugs along nicely and is quite tuneful melody.

Song five is entitled ‘Samuel F.B. Morse’ named after the American painter and inventor Samuel Finley Breese Morse (1791–1872) who contributed to the invention of a single-wire telegraph system based on European telegraphs. He was a co-developer of the Morse code and helped to develop the commercial use of telegraphy.
This tune has an American guy explaining about Morse Code and has it in the tune, which incidentally spells out “The Transatlantic Communications Cable” in the song and yes it sounds exactly like -.-, .-., .-, ..-., -, .–, ., .-., -.-

Song six is ‘Kommunikation’ is again very similar to an amalgamation of tunes from the makers of UK No.1 hit single ‘The Model’.

Song seven is ‘Can Machines Be Sad?’ and sounds as though it has been composed and performed by machines – the future is here, the future is now!. Reminds me of Trio’s ‘Da Da Da’ mixed with those German Powerplant guys tracks ‘Schaufensterpuppen’ and ‘Mini Calculateur’.

Song eight is ‘The Communications Satellite’ sounds as though it has been culled from something on Stevo’s legendary 1981 ‘Some Bizzare Album’. 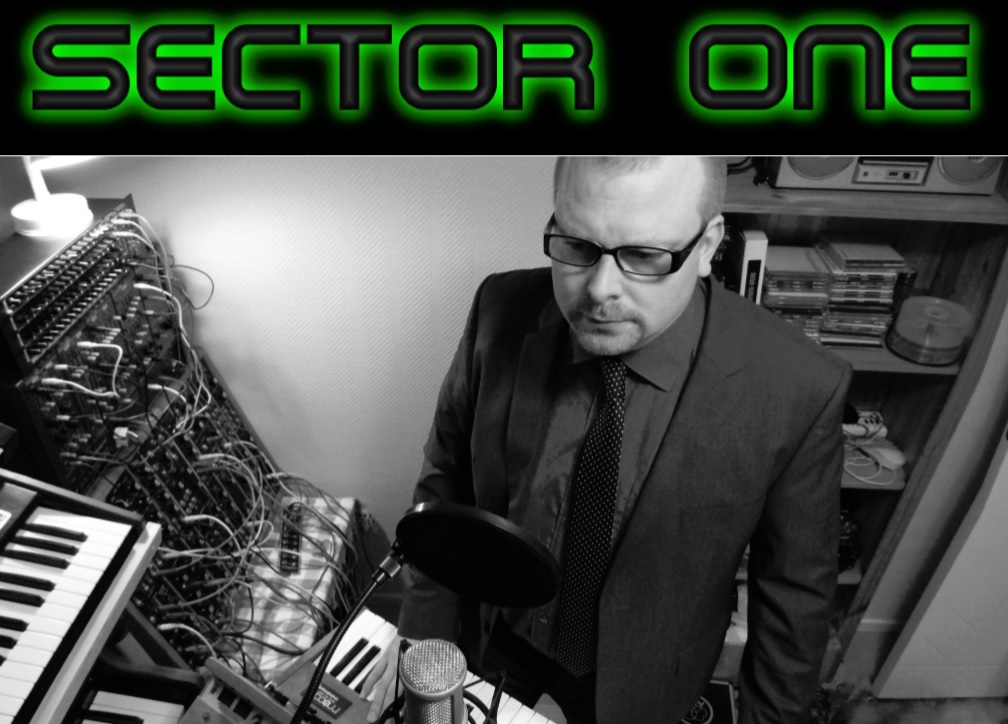 Roland Snickars aka Sector One

When you download the album from Bandcamp you also get a video of ‘Telecommunication (Gary Hunter’s Video Edit)’ which is 41 seconds shorter than the album version, plus you get a few notes ‘sleeve notes’.

Phew, I managed to go the whole article without mentioning Kraftwerk……..oh blast!

More on Sector One and Plonk here: http://plonk.nu/artist/sector-one/

Oh and errrr it’s still lashing it down outside. Right then, play the album again……