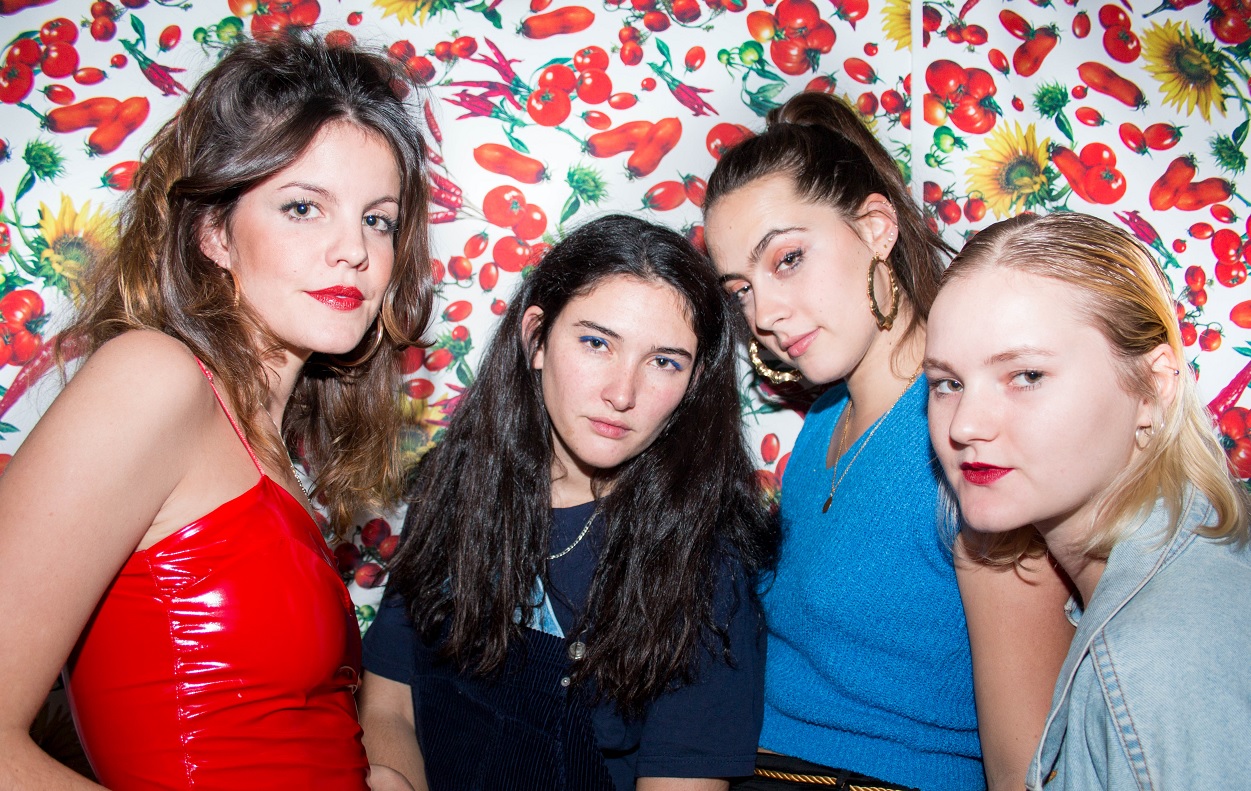 Errrrrrrr that’s actually not true at all at Hinds do run, just watch their fabbo footie vid for ‘New For You’ HERE.
This track is a preview from their much anticipated second album ‘I Don’t Run’ which will be unleashed to the world on 6th April. 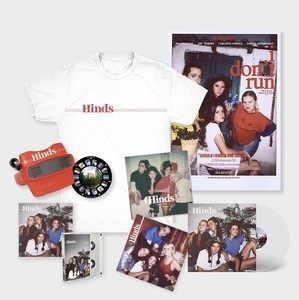 Ooooh looook lots of lovely formats to choose from

‘I Don’t Run’ arrives a whole two years after their mind-blowing debut platter ‘Leave Me Alone’, which went crashing into the Top 50 – not bad for 4 unknown señoritas from Madrid, as they were back then.

However, I personally had picked up on them when they were originally called Deers and had only upload four trax on Bandcamp. To me they ARE the best band ever to come out of Spain – full stop!

Having met them twice, I can vouch that what you get in their super fun videos is what they are like in real life. Hinds are Carlotta Cosials (vocals, guitar), Ana Perrote (vocals, guitar), Ade Martin (bass, backing vocals) and Dutch born Amber Grimbergen (drums). 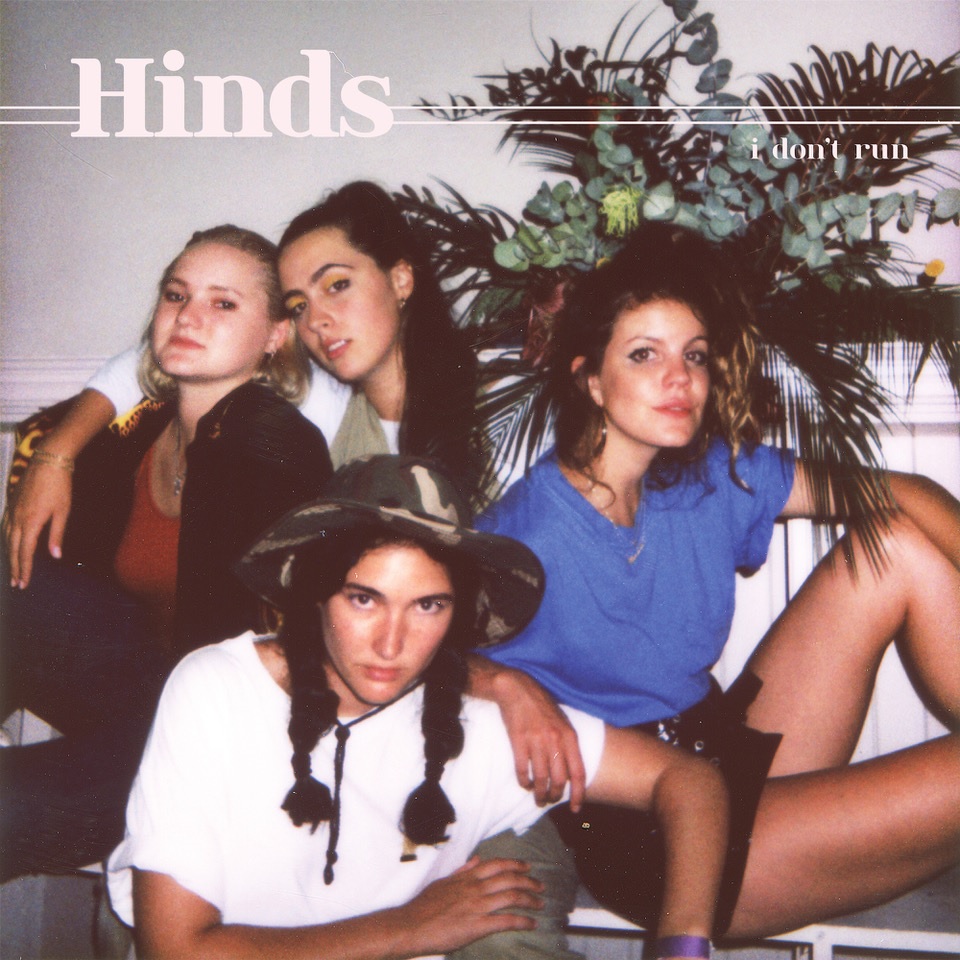 The new album ‘I Don’t Run’ has a bulging net literally filled with catchy DIY numbers that range from 2:46 to 4:18 long and earworm their way into your subconscious and so you will find yourself singing them and not even realise.

Opening track ‘The Club’ sets the tone nicely, although the vocals are slightly more distorted than usual, which by the way isn’t a bad thing. Amber’s drumming leads the beat on this one as the chicas follow.

Track two is ‘Soberland’ which is just like a breeze on a summer’s afternoon in an indie sort of way. Nice Smiths style guitar work here. Carlotta’s vocals slightly lead the way in dual vocal stakes.

Track three is ‘Linda’ which immediately reminds me of a mid-90’s track called ‘How Bizarre’ by OMC. The vocals are less shouty here and more (dare I say it) seductive or maybe it was recorded in the early hours. .

Number four is ‘New For You’ which you would have heard from the video link above. Singalong now….“Because I wanna to be somebody new”.

Next up is ‘Echoing My Name’ which chugs along in a pleasant manner and this time you can easily spot whether it’s Carlotta or Ana singing.

Track six is ‘Tester’, which is quite a surprise as it starts with birdsong and clearly harks back to the very early Deers days when it was just Ana and Carlotta in the band and then bang at 35 seconds off it goes. The chorus reminds me of another tune, but can I currently recall it, alas not. JoBoxers ‘Boxerbeat’? Maybe not.

Song seven is ‘Finally Floating’ and has the Hinds signature guitar work on it. Quite an upbeat number with a sharp ending.

‘I Feel Cold But I Feel More’ is up next and is quite a sedate number, especially the word ‘Moooooore’, no shouting cats here matey boy. I don’t feel cold at all.

Number nine is ‘To The Morning Light’ could (like many Hinds tunes, especially track three ‘Linda’) be comparable to several Jonathan Richman & The Modern Lovers classics. Nope not ‘Egyptian Reggae’ though.

The penultimate song is ‘Rookie’ and this beat is a new one to Hinds. It skips along like a double rock’n’roll/rockabilly beat, but fear not, your shoulders will be swinging from side to side, unlike the finale.

Lastly we have ‘Ma Nuit’ which was likely recorded the same time as the first 34 seconds of track 6 ‘Tester’ as the birds are back. This is like an early Deers demo and again very much in Jonathan Richman territory. The only track with Spanish in it. Time for bed said Dougal. 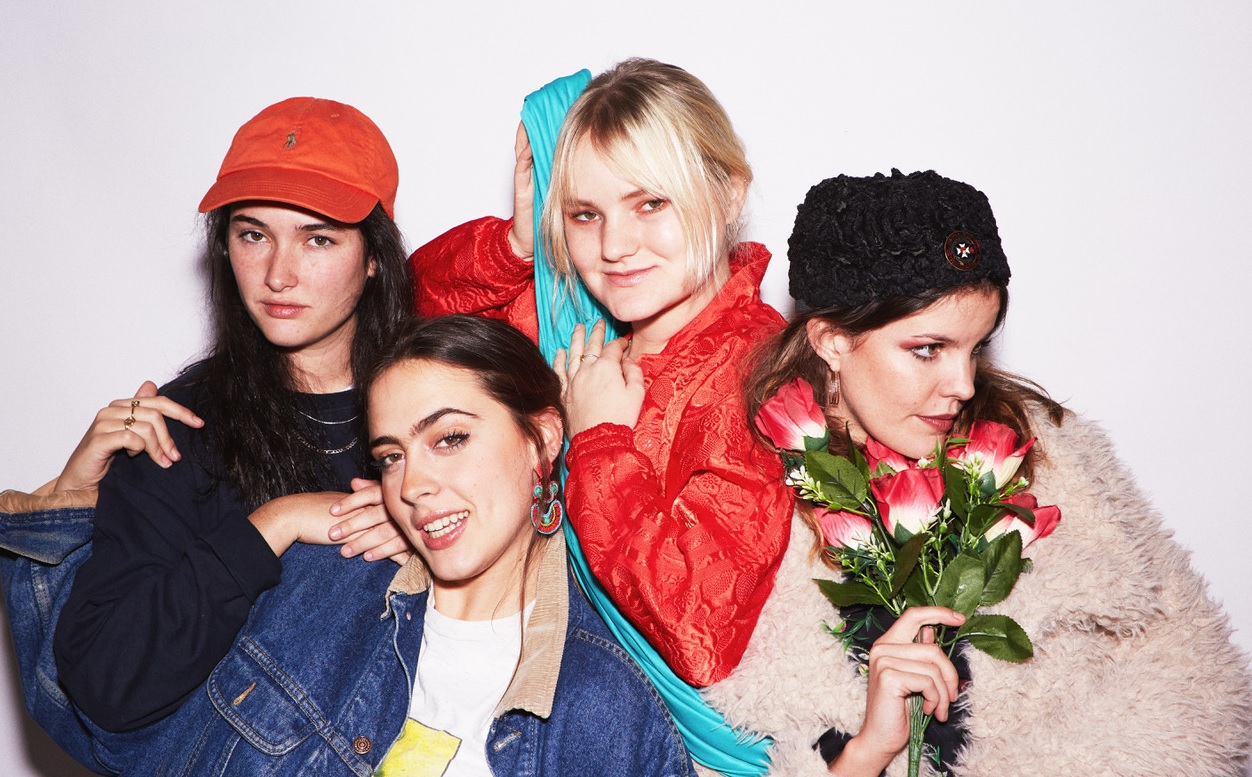 Once you have purchased the album, you can have a fun fun fun evening with Hinds live as the señoritas will be at the Concorde 2 on Brighton seafront on Friday 20th April (from 7pm -10pm), as part of their 37+ date UK, Europe and USA tour.

Grab your copy of the ‘I Don’t Run’ album HERE and HERE. I particularly like the option of purchasing a Hinds Viewmaster – now that’s very retro and fun.

Grab your Hinds Concorde 2 tickets before they all go, from here: https://www.concorde2.co.uk/events/hinds