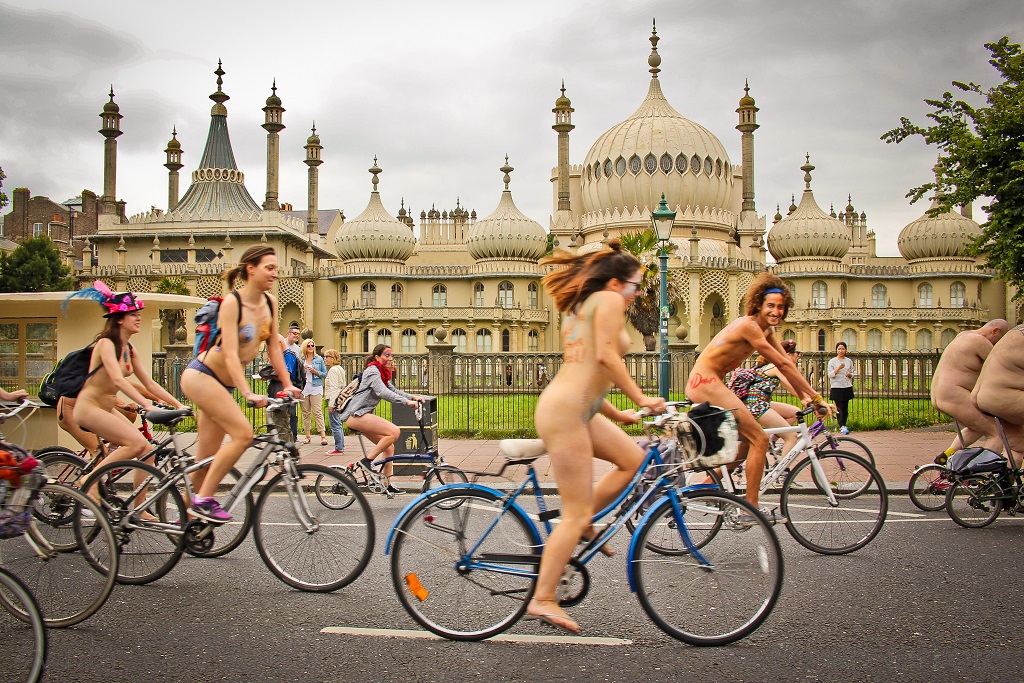 This year’s naked bike ride on Sunday, 10 June will celebrate the 100th anniversary of the first women to get the vote in the UK.

The ride usually protests oil dependence and calls for more bike-friendly streets, but this year it will also highlight cycling’s role in the suffragette’s fight for votes for women, and in promoting women’s liberation more generally.

Up to 1,000 women and men are expected to gather from midday at The Level before setting off from 1.30pm for a ride around the city centre and along the seafront to the naturist beach on Madeira Drive.

Sara Nixon, who is part of the organising team, said: “There’s a strong link between cycling and women’s empowerment throughout history, and we’re excited to dedicate the ride to this theme this year.

“From my first terrifying commute by bike through London traffic, to completing two long-distance triathlons which included cycling 112 miles, the freedom and sense of achievement I have gained from riding has been utterly mind-blowing.

“Women’s protest has clearly come a long way in since 1918 – via the Feminist movement of the 1960s onwards, Pussy Riot, FEMEN, and the recent #MeToo revelations on social media.

“At the Brighton Naked Bike Ride, we’ve worked to make the event more inclusive by confronting nuisance photographers and building a sense of togetherness. Last year we also introduced clowns to “police” onlookers – tackling potential problem situations with a sense of humour!”

The ride passes through the city centre, along the seafront, and ends at the naturist beach on Madeira Drive. Full nudity is encouraged, although the dress code is “as bare as you dare”.

A post-ride party is being planned at the Volks Club, near the ride’s end on Madeira Drive.

To find out more about the event and how to take part, please visit www.worldnakedbikeride.org/brighton.