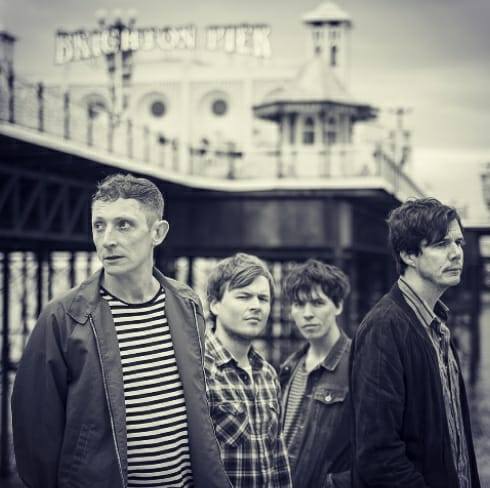 The Brighton & Hove News music teams first gig of the year was back on 3rd January 2018 where we reported on a gig at the Green Door Store that featured local band Red Deer People.

We have sadly caught wind that Jo, Stuart, Sammy and Martin aka Red Deer People are in fact calling it a day and are bowing out with their final gig which is set to take place this coming Thursday 14th June at the Hope & Ruin on Queens Road, Brighton. 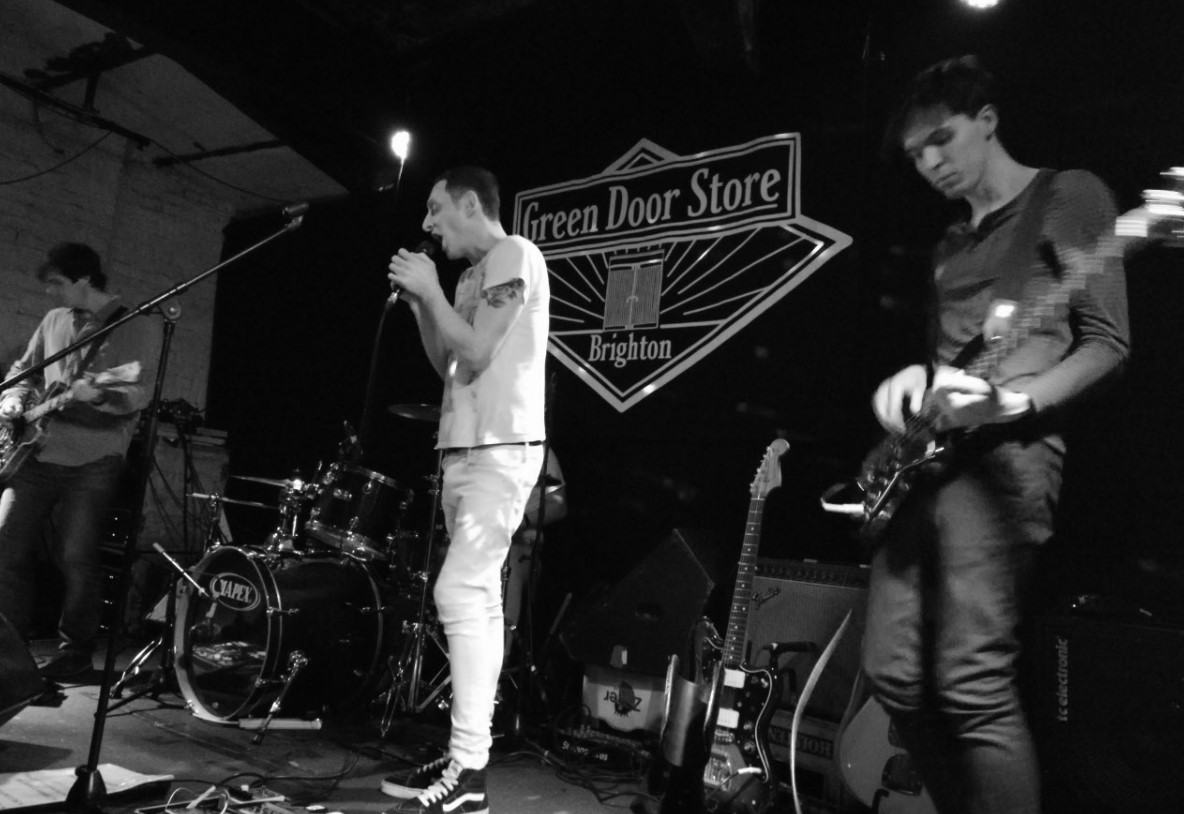 The statement from the Red Deer People reads as thus:

“And so it’s with a heavy heart that we announce that Red Deer People are calling it a day.
A huge thank you to everyone who has listened to our music, bought our records, and came to see us live over the last few years. We’ve had a blast.
We will be playing one final farewell show and we would love it if you could attend.
Very Much Love
Red Deer People
X”

Formed in Brighton in 2015, Red Deer People have spent the last two years writing, recording and playing shows up and down the U.K. supporting Algiers, Shonen Knife, Traams, Public Access TV and Ulrika Spacek. Musically they mix the motoric drum beats and driving bass-lines of krautrock, with effects heavy guitars and the experimentation and energy of post-punk.

The Red Deer People will have two support bands on their final night. These are Squid and The Family Chain.

Squid are a five piece (Louis, Ollie, Anton, Arthur and Laurie) alternative-rock band based in London and Brighton and they are influenced by Motorik rhythms and the more polished corners of late 70’s post-punk.

“stunning record from local Brighton band Squid, that has been a favourite in the office since they dropped a copy off. A great mix of atmospheric ambience, Krautrock and pysch.” Mr Bongo

The Family Chain are a 4-piece (Sam, George, Callum and Ollie) from Brighton and Haywards Heath, who have recently released a single entitled ‘Catholic’ which was inspired from over hearing a girl on the Level (in Brighton) say to her friend ‘…I don’t want to be a catholic anymore…’ the phrase stuck and the song was written the next day. Since then the song has never left their set.

The Family Chain say that they “have been called a traditional band and maybe that’s right. We just want to play and write interesting, good music. Play it live a lot and enjoy being a band together.”

Grab your £4 tickets for the Red Deer People’s farewell show here: http://www.wegottickets.com/event/441092 or drop into Resident Music in Kensington Gardens, Brighton https://www.resident-music.com/tickets or buy them on the night at the Green Door Store for £6. 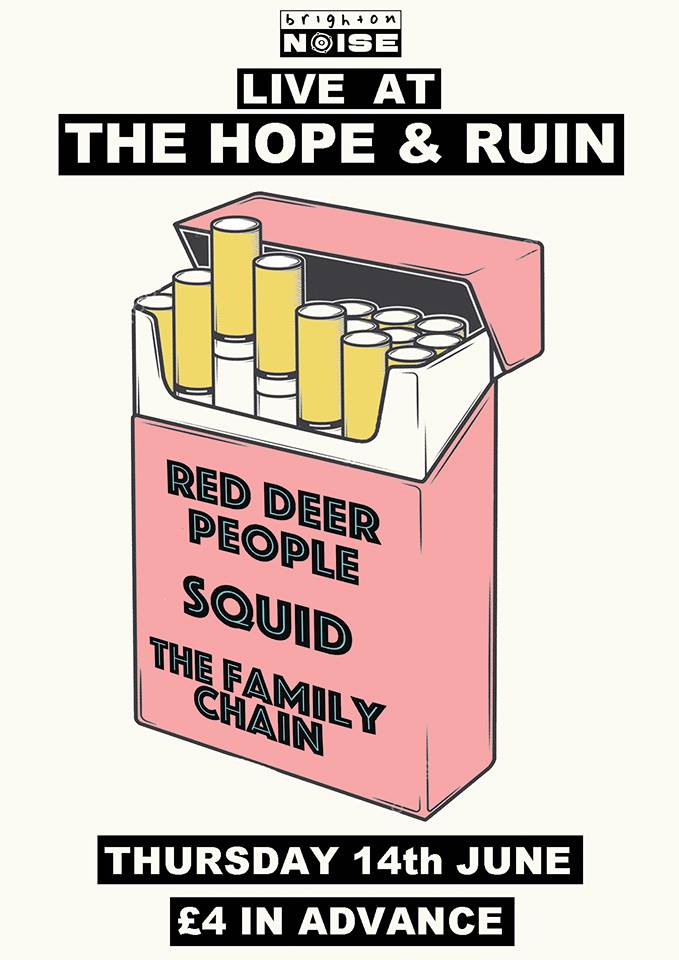