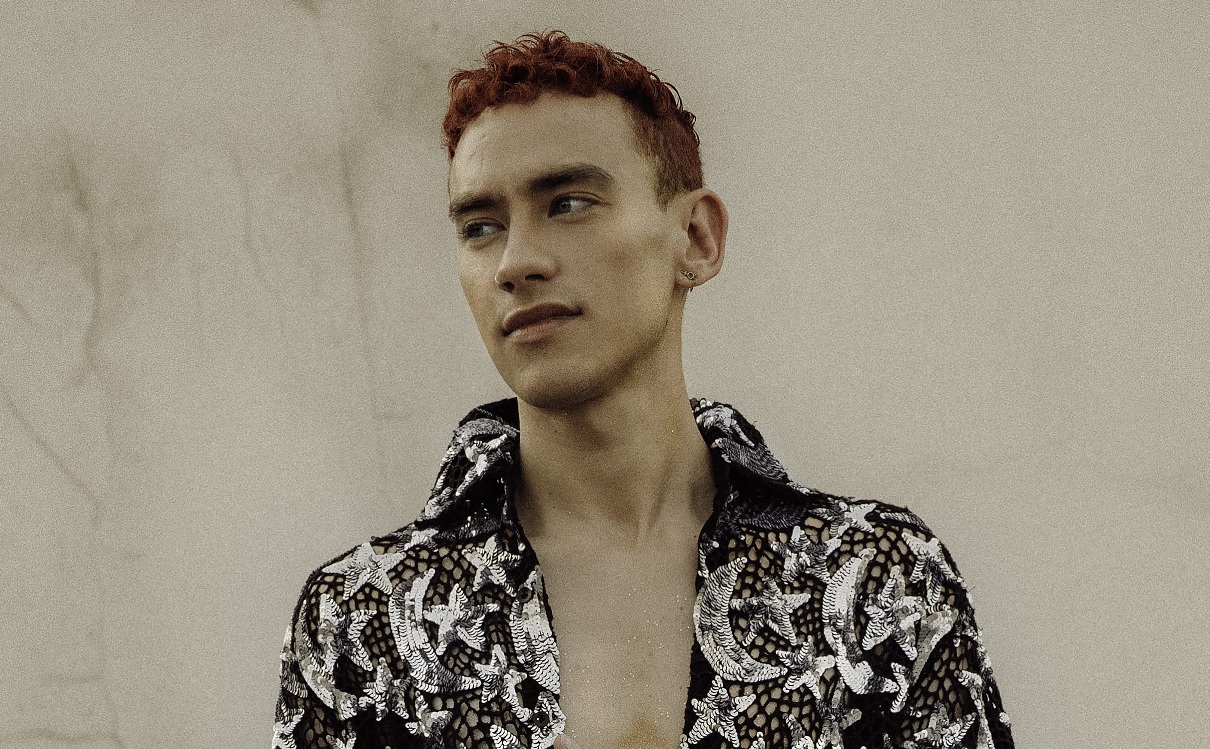 As Years & Years prepare to release their hotly anticipated second album ‘Palo Santo’ on July 6th, they have announced their biggest ever UK and European run of tour dates which includes an appearance at the Brighton Centre on Tuesday 4th December 2018.

The last few months have seen Years & Years once again rise to the very forefront of British pop. With current single ‘If You’re Over Me’ currently continuing its thrilling ascent up the charts, the Olly-Alexander-fronted trio have never felt so unstoppable. Last week alone they played a dazzling set at Capital’s Summertime Ball, premiered their short film ‘Palo Santo’ at BAFTA, and performed ‘If You’re Over Me’ on Graham Norton.

It’s no surprise then that today the band have announced an arena tour of the UK in November alongside an equally impressive string of European tour dates for early 2019. Years & Years will bring their very own, self-created, fascinating world of ‘Palo Santo’ properly to life at Glasgow’s Hydro SSE Arena on the 28th November and reach London’s prestigious O2 Arena on the 5th December. The band will then start 2019 with a run of great headline shows in Europe – full tour dates are below.

‘Palo Santo’ – the band’s glorious second album – will be released on July 6th. Always band intuitively connected to great, homespun British pop classicism, ‘Palo Santo’ is an album that confirms Years & Years’ ascension to the world stage. At the core of it all is Olly Alexander, a once-in-a-generation front-man who understands more than most his responsibility as a pop star. His personal leap forward in scope and ambition is reflected in the album’s colourful mix of collaborators, which range from Kid Harpoon, Greg Kurstin, Julia Michaels and Justin Trantor to Steve Mac, Jessie Shatkin and Sarah Hudson. On ‘Palo Santo’, and indeed in their highly celebrated live show, Years & Years’ impact on pop feels truly tribal, one in which the minority is always the majority, and everyone is welcome. 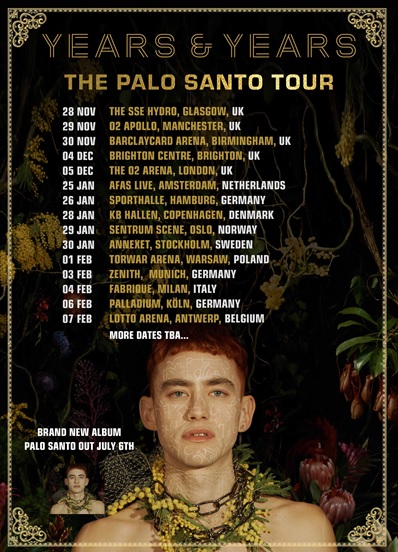 General tickets will go on sale on Friday 22nd June at 9am. There is a fan pre-sale on Wednesday 20th at 9am.