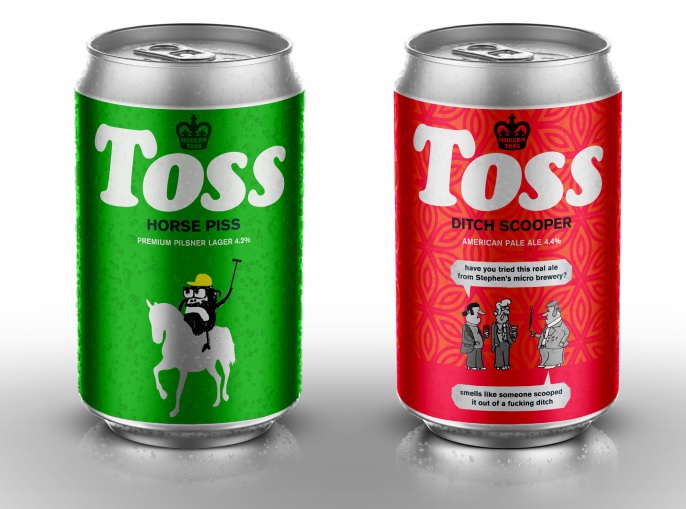 Brighton cartoonists Modern Toss are branching out into lager and ale with the launch of two canned beers for “upmarket connoisseurs of canned alcohol who like looking at cartoons”.

The small-batch brewed beers, irreverently named Horse Piss and Ditch Scooper, have been developed with Sussex brewers Goldmark Craft Beers and will initially be sold online from the company’s Brighton offices.

And Modern Toss is also looking into making cartoon shaped crisps to enjoy alongside their new tipples.

Founders and cartoonists Jon Link and Mick Bunnage said: “Beer was an obvious move for us as our cartoons are a lot funnier when you’ve had a couple of drinks.

“We’re convinced Toss beer will go down well with upmarket connoisseurs of canned alcohol who like looking at cartoons.

“Also the packaging looks a bit like cat food, so there might be a bit of cross market pick up from that area.

“They are both delicious. Horse Piss lager works well indoors with a bowl of classic salted nuts, and Ditch Scooper is a traditional open air beverage, best enjoyed responsibly while on a long boring country walk.

“These products are only available from our website at the moment. This isn’t a problem as a lot of people who buy our stuff never leave the house.”