The Rezillos and Department S to play in former Sussex church 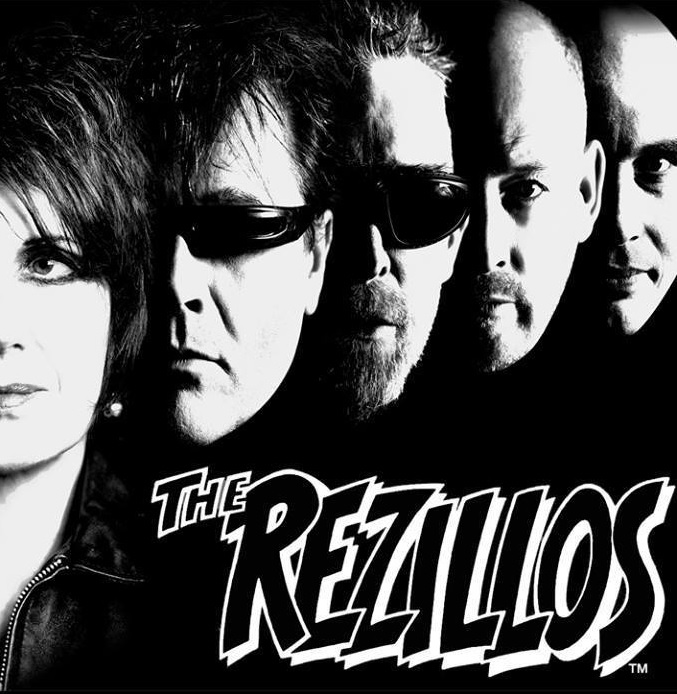 The Rezillos are celebrating 40 years of the iconic album ‘Can’t Stand The Rezillos’ and will be playing the album in full at the wonderfully intimate All Saints Centre located in Friars Walk in Lewes on Saturday 27th October.

Support comes from Department S, who are famed for their ‘Is Vic There?’ single.

As you would imagine, tickets are very limited for this special venue and you should order yours quickly rather than missing out. Snap them up HERE. 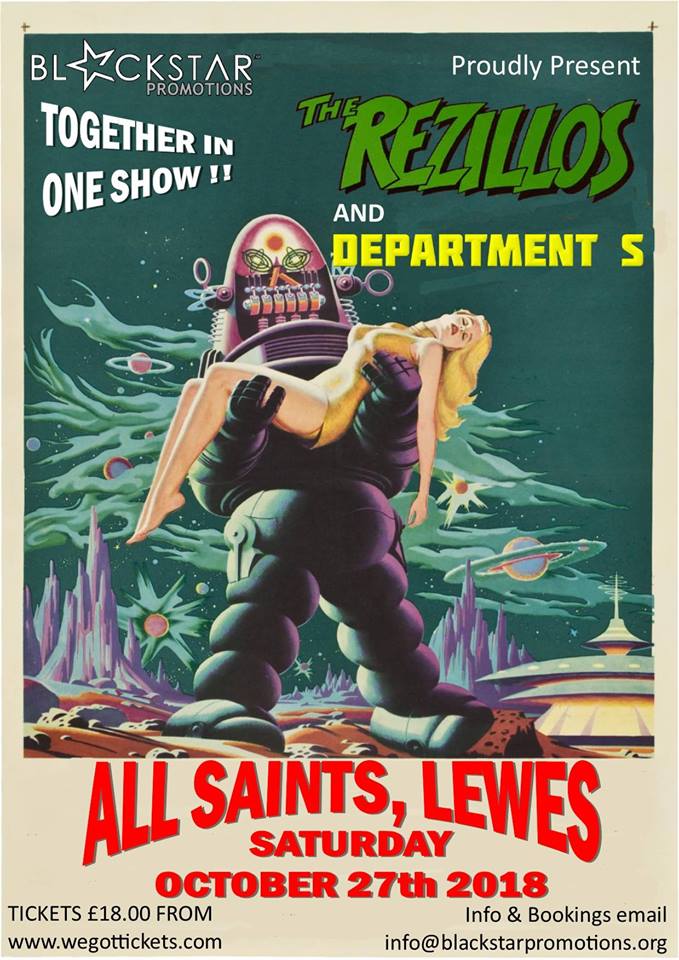 The Rezillos ripped into the rock scene through a shared love of Sixties Garage Rock, the Spectoresque Girl Group voice of The Shangri Las injected with their inimitable molten attitude and created their unique left-field brand of punk rock and roll. The speed at which they gathered a following took the band by surprise.

The Rezillos off-kilter three minute sparkling pop gems and a unique visual style was steeped in a culture of bad boys, bad girls, bad movies and great rock and roll. Their independent debut single, ‘I Can’t Stand My Baby’ shot them to underground fame initially via airings on John Peel’s radio show.

Their follow up classic singles ‘My Baby Does Good Sculptures’, ‘Top of the Pops’ and ‘Destination Venus’ signalled critically acclaimed milestones for the band. The Rezillos recorded their landmark album ‘Can’t Stand the Rezillos’ in New York’s fabled Power Station studio, immersed themselves in the local music scene and dropped in during downtime to play a gig at CBGB’s, the hub of Punk Rock music. The album reached the top 10 in the UK album chart and is lauded as punk classic.

Learn more about The Rezillos here http://www.rezillos.rocks/index.html and here https://www.facebook.com/TheRezillos/ 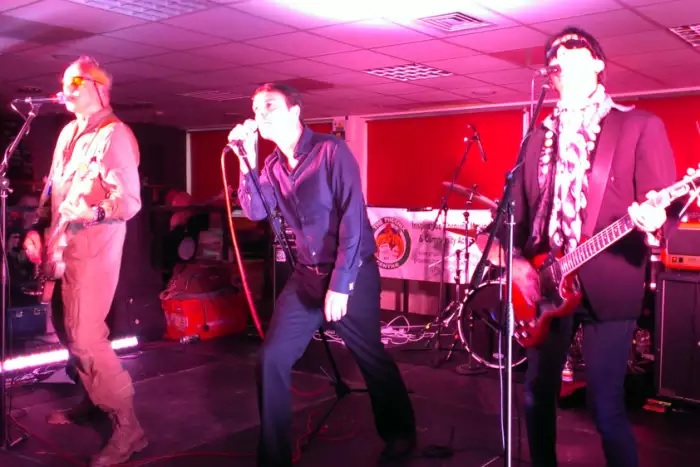 Post punk legends Department S have moved on since the days of ‘Is Vic There?’ and ‘Going Left Right’, as fans in Brighton witnessed a couple of years ago at the Undercover Festival at Brighton Racecourse.

Their critically acclaimed latest album ‘When All Is Said and All Is Done’ is available now on Westworld recordings and you will find the band playing tracks from this release as well as the cherished classic live in Lewes in October. 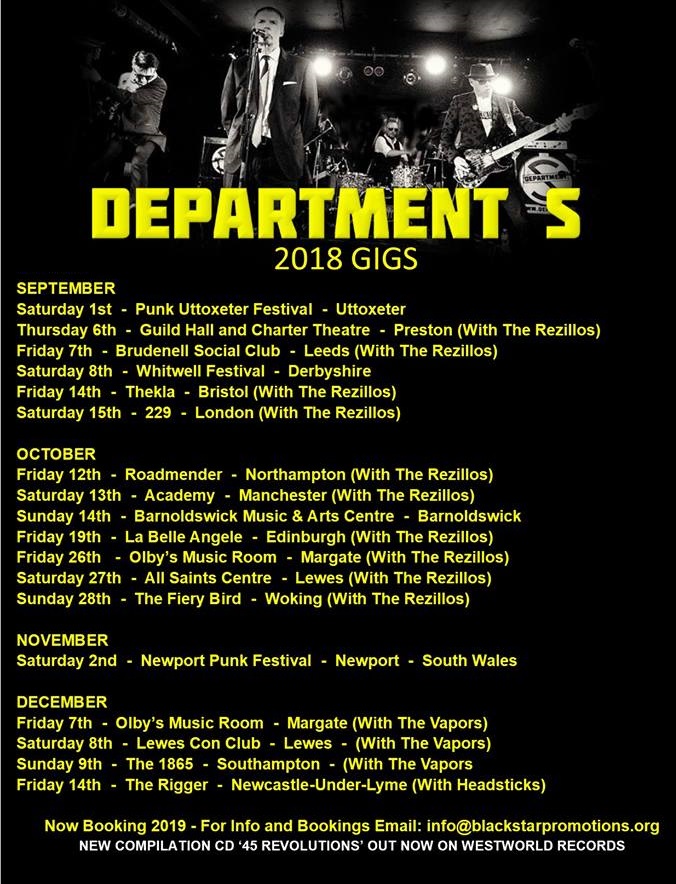 Find out more about the wonderful All Saints Centre venue here: https://www.facebook.com/asclewes/ 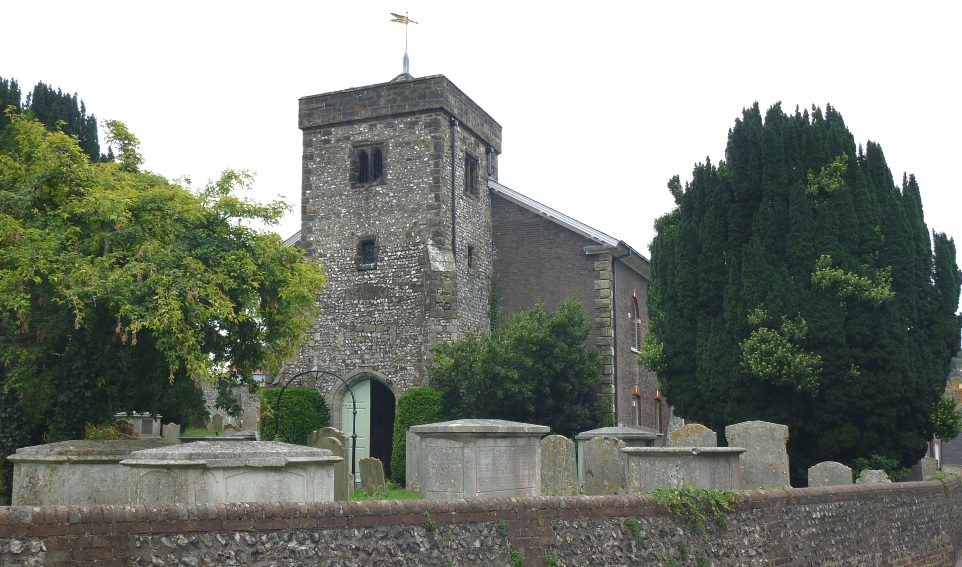