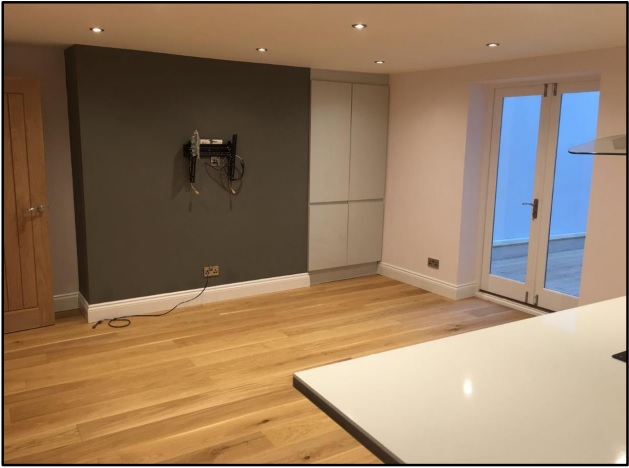 The owner of a listed basement flat in Seven Dials has been told to restore the original features he ripped out during a luxury refit.

Ali Bilal bought the Grade II* listed flat in Montpelier Crescent in 2016 and started a refit shortly afterwards, in which a staircase, fireplace, internal wall and outbuilding were ripped out, one door bricked up and another replaced with a French window.

Once he became aware that permission was needed for the works, he applied to Brighton and Hove City Council in December 2017, but this was refused.

A planning enforcement notice has now been issued requiring him to rip out large parts of the refit and replace with features matching the original ones by February next year.

“Due to the extent of unauthorised works which have been undertaken, this assessment has had to be undertaken utilising online photographs from a real estate website.

“Unfortunately, basements have often suffered more from past inappropriate alterations than other floors in the mistaken belief that they are of lesser importance. Therefore those that do remain in anything like their original layout will be considered to be especially important and major alterations will not be considered acceptable.

“Rear service wings should not be considered unimportant simply because they lack obvious decorative features. These spaces played an important role in the history of the building and their relationship with the main house must be carefully considered.”

Mr Bilal’s planning consultants Lewis & Co argued that the works made it more likely that it would continue to be used as a home.

It said: “The works carried out conserve the dwelling in residential use, make it more suitable for modern living than the pre-existing layout and therefore maintain the residential use into the future.”

They also argued that the main heritage significance of the building is the Regency sweep of the crescent as a whole, which had not been altered by the internal works to one basement flat.

But these arguments failed to convince planning officers, and the case was referred to the planning enforcement team for further investigation.

The enforcement notice requires that all the modern skirting and doors are replaced with ones matching the originals, the original cupboards are rebuilt, two period fireplaces reinstated and a partition wall rebuilt.

However, the French window and loss of a staircase and another partition wall which made way for a high end kitchen are not included in the notice. A subsequent planning application proposing that the French window be replaced with one more in keeping with the period features was approved on the basis that it was not possible to reinstate the original lost window.