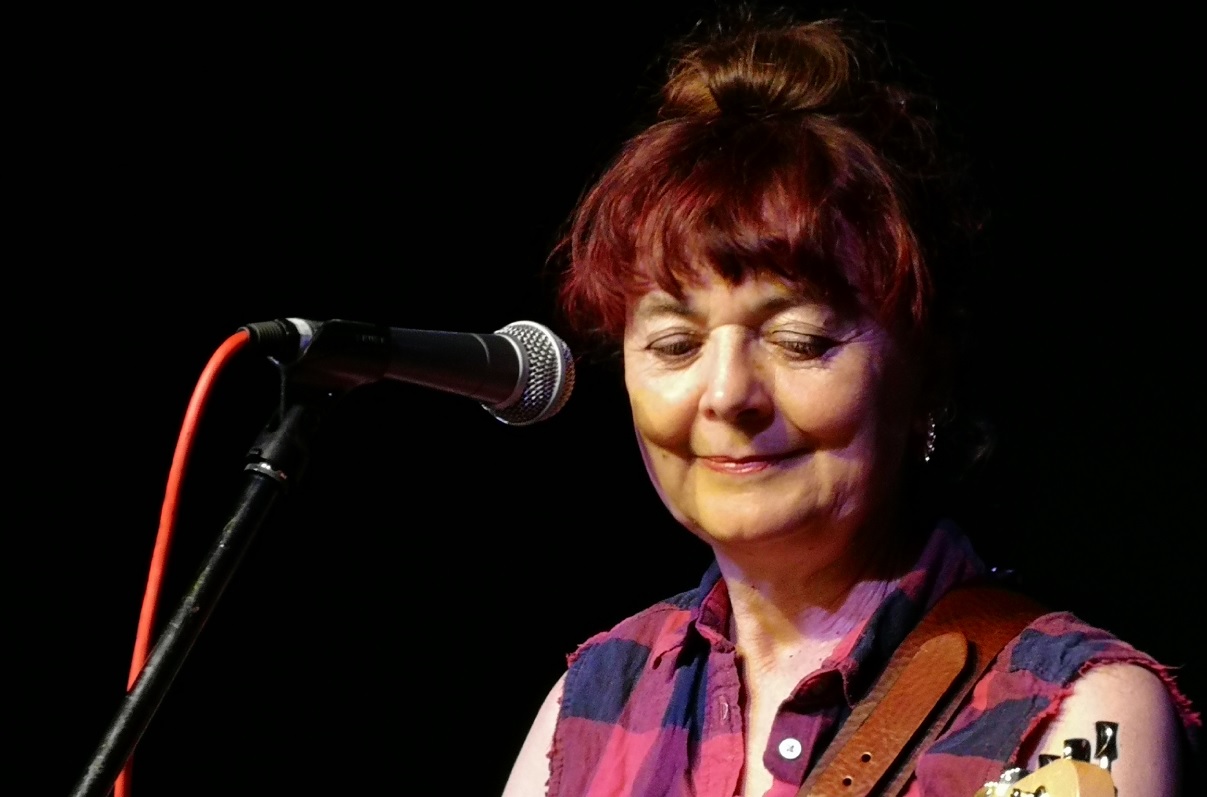 The Latest Music Bar is located a stones throw away from the Sea Life Centre on Brighton seafront, so getting there by bus is a piece of cake. You can have a few shandies and get the bus home and in between you can enjoy three decent music acts.

So who are Pat Fish, Asbo Derek and Helen McCookerybook? 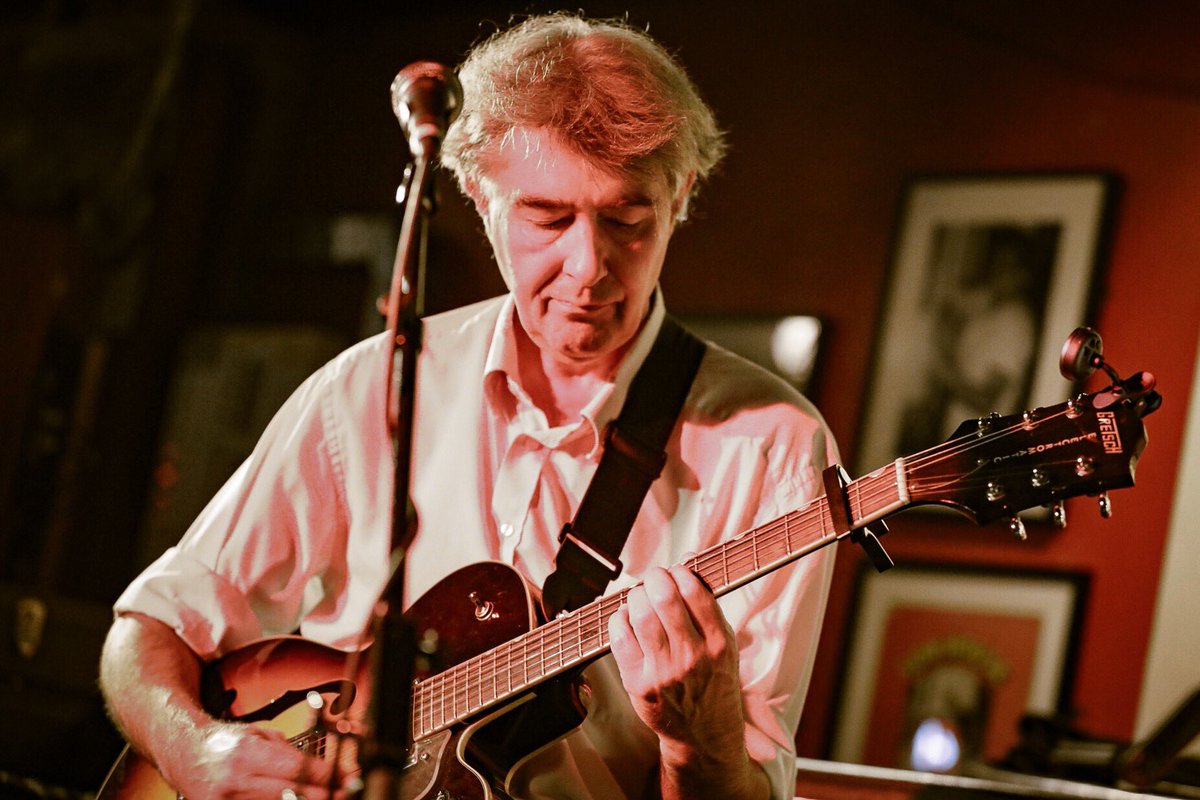 Pat Fish:
Fish started making records under the name of the Jazz Butcher in 1983 and nobody has quite succeeded in putting a stop to this yet. He has recorded for Glass Records, Creation Records, ROIR of New York and Vinyl Japan of Tokyo. Overall he has written and released fifteen albums of original music, three live albums and innumerable singles and compilations.
The thing about Pat Fish is that he is not tribal about music. Some people know him from his friendship with Spacemen 3, others for his fondness for Nikki Sudden and Dave Kusworth; some know him because he has worked with members of Bauhaus, others regard him as a “classic” independent songwriter in the vein of Pete Astor or Dan Treacy. Fishy just fetches his acoustic guitar and his notebook and heads for the railway station.
His current inspirations: as always, the Velvet Underground, Alex Chilton, Peter Laughner, Bob Dylan, Patti Smith, Kevin Ayers, John Martyn, Davy Graham and many, many more. Visit: http://jazzbutcher.com/ 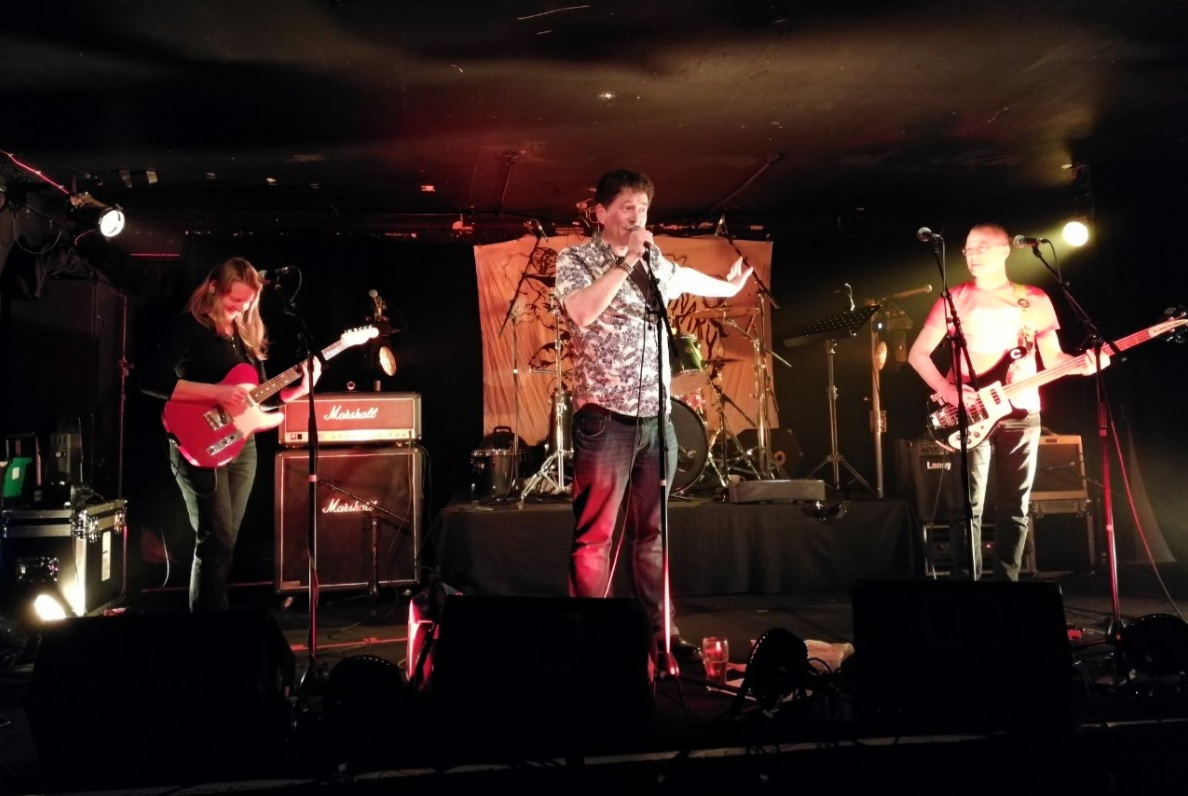 Asbo Derek:
Asbo Derek’s sound is classic garage punk rock and they have a lot of (important) message songs but all have great choruses to join in with and many come with a running gag and punchline. There are songs about demanding outmoded hairstyles, going to see pants bands when you’re a little worse for wear (the bouncy ‘On The Night That James Were Excellent’) and odious middle-class couples slumming it on a bendy bus around town.Visit: https://asboderek.bandcamp.com/releases 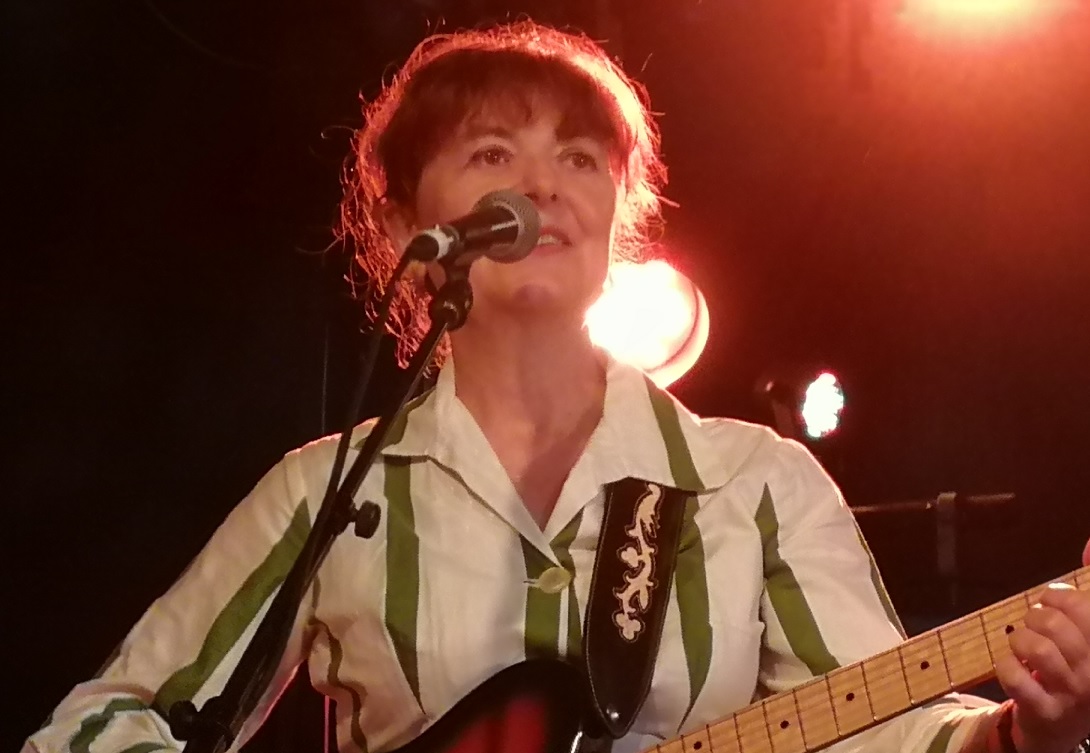 Helen McCookerybook:
Helen McCookerybook was a John Peel favourite through the ’80s and ’90s, singing and playing bass in Brighton outsider indie-pop/punk bands Jody and the Hooligans, The Smartees and The Chefs before forming her own sumptuous, country-inflected Helen and the Horns. She has more recently helped write women back into the official history of punk with her book ‘The Lost Women Of Rock: Female Musicians Of The Punk Era’, which has interviews with The Mo-dettes, The Slits and Dolly Mixture amongst others. Helen’s songs are beacons of outside of everything lyricism, and her set shall consist of songs from her new LP ‘The Sea’ and classics of yore. Visit: https://helenmccookerybook.bandcamp.com/