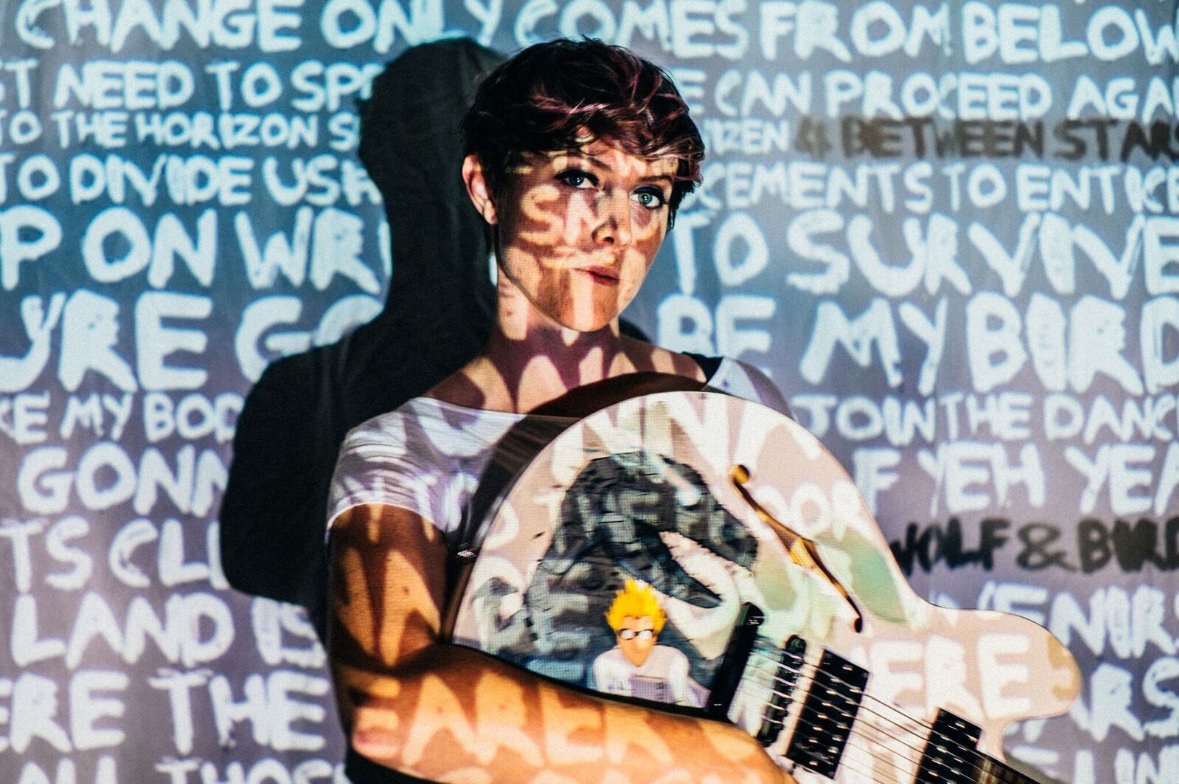 Have you purchased your 2019 diaries yet? Well I hope so, as you might just want to open them up on 8th March 2019 and write “She Drew The Gun Patterns Brighton doors 7pm”. Have a listen HERE to whet your appetite.

She Drew The Gun make impassioned, hypnotic and darkly ornate psych-pop built around the lyrically evocative songwriting of singer-guitarist Louisa Roach. They released their new album ‘Revolution Of Mind’ on October 5th on Skeleton Key Records on CD, LP and Digital Download. Produced by James Skelly (The Coral) at Liverpool’s Parr Street Studios, ‘Revolution Of Mind’ is the follow-up to She Drew The Gun’s acclaimed 2016 debut ‘Memories Of Another Future’ which contained the BBC 6Music playlisted singles ‘Poem’, ‘Pit Pony’, ‘Since You Were Not Mine’ and ‘No Hole In My Head.’ 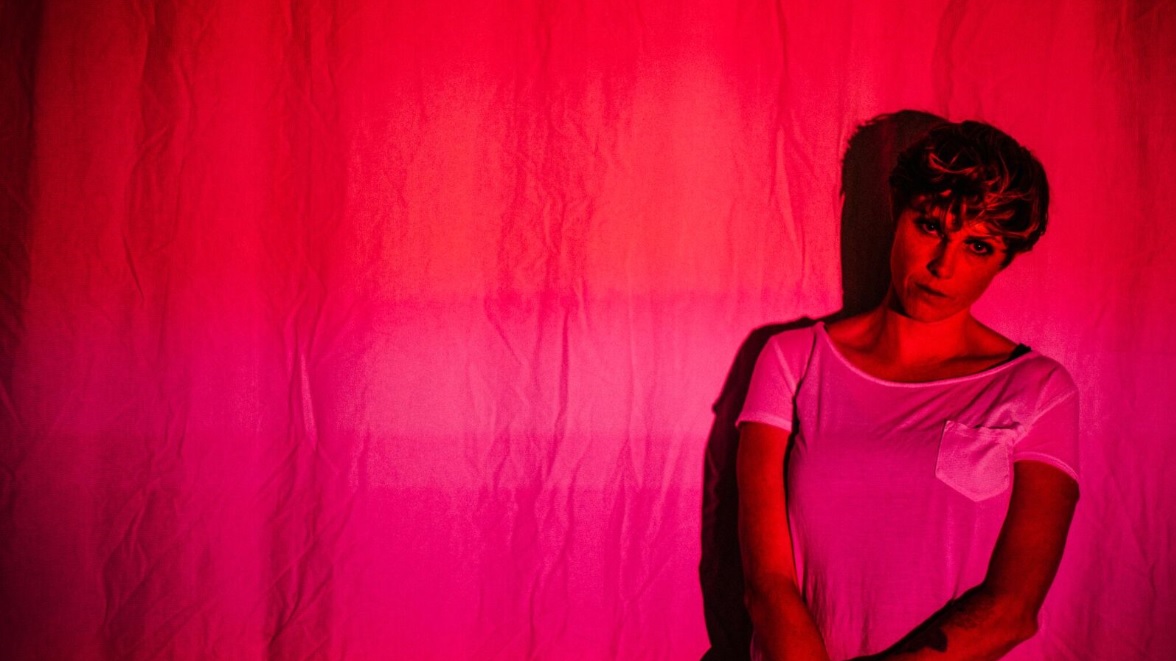 If there’s a central theme to the new record, it’s liberation, in various guises: “Empowerment; resisting; arming yourself with knowledge; questioning the status quo, questioning your own state of mind and how its affected by the systems we live in,” explains Louisa Roach, She Drew The Gun’s frontwoman, guitarist and songwriter.

Roach has always been drawn to the Othered, from the outcast characters in the Irvine Welsh books she’d read as a teen, to the marginalised grafters and survivors of Theresa May’s food bank Britain. She sings from a place of kinship and empathy on songs like ‘Something For The Pain’ and ‘Between Stars’. “I believe in questioning the rules and asking who they’re there to serve in the first place”, says Roach. “I think some of that is down to being queer, and not conforming to rules around gender.” 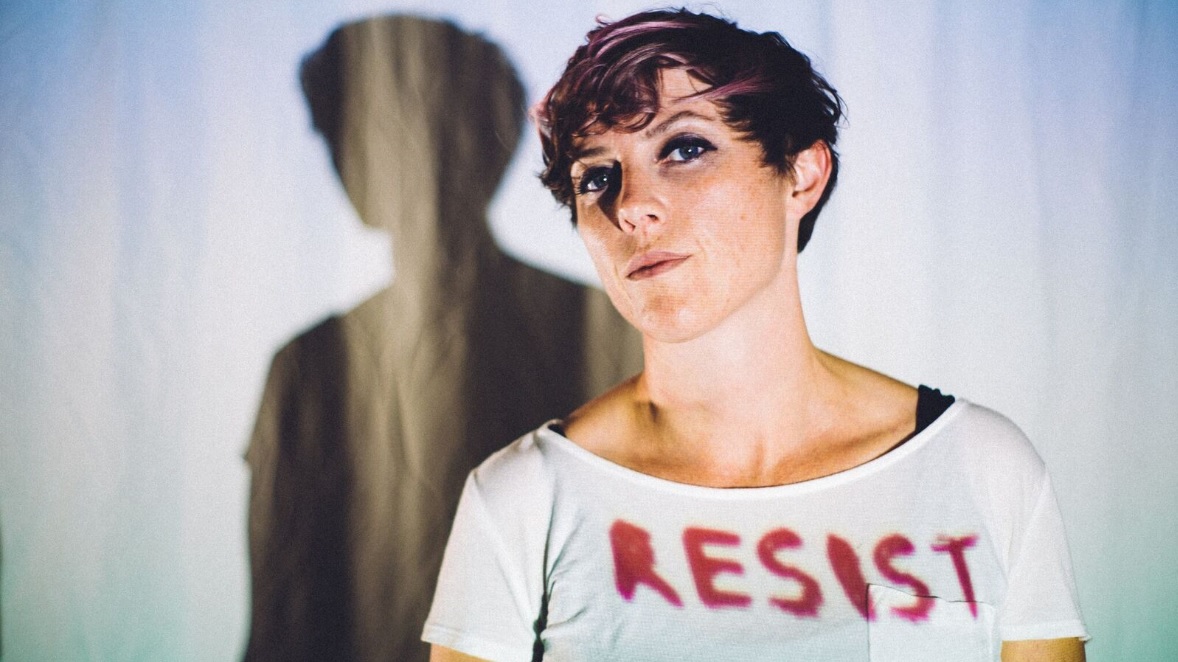 Roach believes art and imagination offers us a way out of the system and the struggle, influenced by sci-fi visionaries like Kurt Vonnegut and Marge Piercy, authors who urge us to dream the futures we want into being. ‘Revolution of Mind’ is Roach’s contribution to our collective dreaming, an electric collection of songs that urge us to meditate on “the present, the past and the future; possible worlds; solidarity; love; and peaceful, artful, revolutionary practice.”

Roach started playing guitar at 13 and was soon performing covers at friends’ parties. However, making music was a passion that fell by the wayside as teenage life and, a little later, motherhood took over. “Having my son meant I had to try and get my s**t together,” she says. “Before that I’d spent time out of work and in low-paid shit jobs that I hated.” 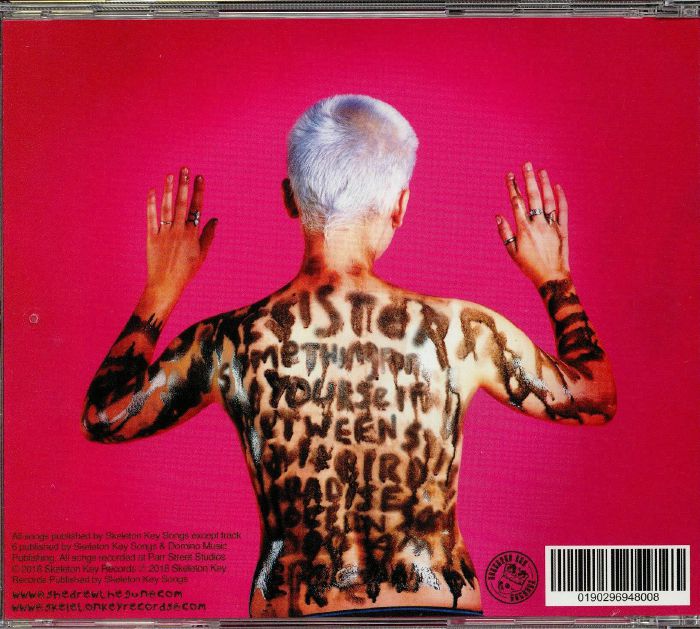 Roach moved across the Mersey to Liverpool to study for a degree in Psychology as a mature student. It was during this period that she picked up the guitar again, performing at open mic nights. Her career began to take off after a mutual friend introduced her to James Skelly, who promptly signed her to his Skeleton Key label. 2016 was She Drew The Gun’s breakthrough year, as well as releasing ‘Memories Of The Future’, they won Glastonbury’s Emerging Talent competition. Last March, they were invited to perform at SXSW Festival on the BBC 6Music Stage, subsequently embarking on their biggest UK headline tour to date.

She Drew The Gun are going out on tour to promote the many styles of their ‘Revolution Of Mind’ album this coming February and March, with an 11-date headline tour, finishing up at Patterns, Brighton on 8th March – Grab your tickets HERE or visit/call Resident Brighton: 01273 606312 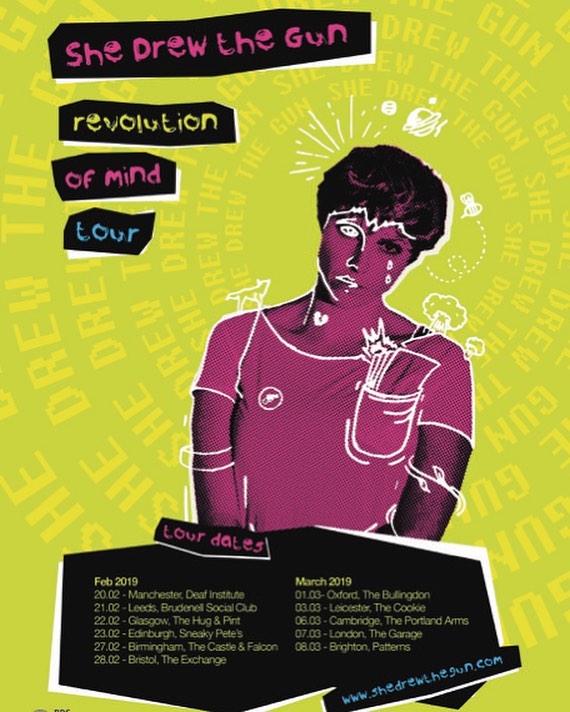