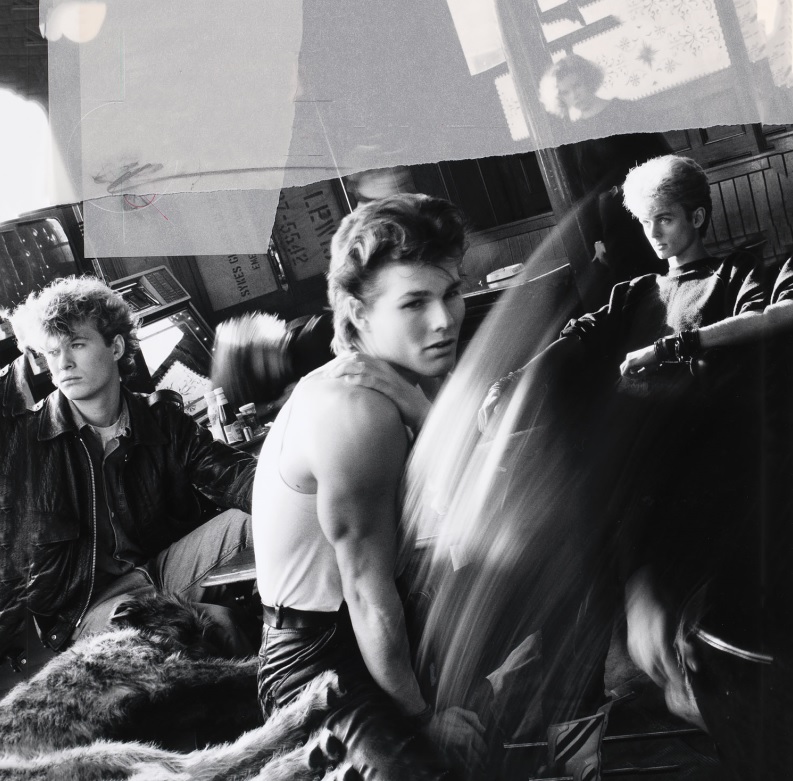 a-ha have always set themselves challenges. In 2018, their the ‘MTV Unplugged’ tour proved that their songs could be given new settings and remain as alive and as impactful as ever.

Now, pushing even further, they are announcing that their November 2019 tour, including a date at the Brighton Centre on Wednesday 6th November 2019 will be different from anything they have previously undertaken.

Magne Furuholmen, Morten Harket and Pål Waaktaar-Savoy will be performing in ‘An Evening With’ format, with an interval. For the first half of the concert, they will play new and old, familiar and less-familiar songs. Then, after returning to the stage, they will play the ten songs of their 1985 debut album ‘Hunting High And Low’ in the running order of the original release.

Back in October 2010, a-ha had played the whole of ‘Hunting High And Low’ just twice, first at Oslo’s Konserthus and then at London’s Royal Albert Hall. Now, from France to Poland and from Germany to Scotland, audiences will have the unique chance to experience a-ha revisiting their first album while staying faithful to its spirit.

Together, ‘Hunting High And Low’’s ten songs are more than a debut album. ‘Take On Me’, ‘Train Of Thought’, ‘Hunting High And Low’, ‘The Blue Sky’, ‘Living A Boy’s Adventure Tale’, ‘The Sun Always Shines On T.V.’, ‘And You Tell Me’, ‘Love Is Reason’, ‘Dream Myself Alive’ and ‘Here I Stand And Face The Rain’ are ten songs which captured a-ha’s heart and soul. And the hearts and souls of fans worldwide too.

“We played the full ‘Hunting High And Low’ album live once before and that was a great experience,” says Pål, looking back on the pair of 2010 concerts and how he, Magne and Morten feel now. “There’s not one song on that album that we’re not looking forward to playing live. We had done quite a few versions of the songs before recording the actual album and they all contain great bits and cool ideas which will be nice to incorporate into the new show.”

“With the song selection and the set in the album’s running order, it will turn it into a totally different type of show to anything we have done before,” adds Pål , saying a-ha also appreciate the tour will “pull your mind and mood back to when ‘Hunting High And Low’ was made, which for us was a time when we were living in the same tiny apartment in London and working on the songs 24/7. By when the album was finally released it had been a long and bumpy ride, and we poured all our ambitions into the record as if it would be our one and only shot.”

As Pål admits, a-ha’s road to ‘Hunting High And Low’ was full of twists and turns. Despite the band’s self-belief, there was never any certainty of success. If their label had not allowed to them to re-record ‘Take On Me’ and then make the new version which became the global hit, that may have been that. Nothing was cut and dried.

Even when ‘Take On Me’ took off, no one knew the band would be become established as one of the world’s best and most-loved. There were no guarantees. But the pushing, the rethinking and the self-confidence ensured that a-ha would not have “one and only shot”.

When they play ‘Hunting High And Low’ live in 2019, it is about more than revisiting ten favourite songs. It is also about tapping into the sense of adventure which first brought a-ha to London: a recognition that they have never stood still.

‘Take On Me’ and ‘Hunting High And Low’ remain as vital as when they were recorded and released. The live shows in October and November 2019 will show why. 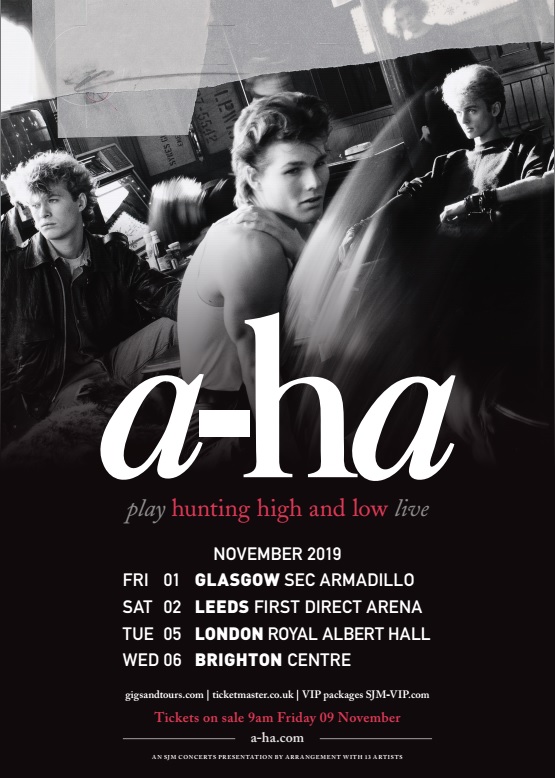 Tickets for the Brighton date of a-ha’s November 2019 UK tour go on sale Friday 9th November 2018 at 9am via the Brighton Centre box office: 0844 847 1515 and also for all dates of the tour from www.gigsandtours.com and www.ticketmaster.co.uk with VIP packages on sale via www.SJM-VIP.com.

For the full story of the ‘Hunting High And Low’ album, a-ha’s early years and ‘Take On Me’, see the 30th Anniversary Edition released in 2015.