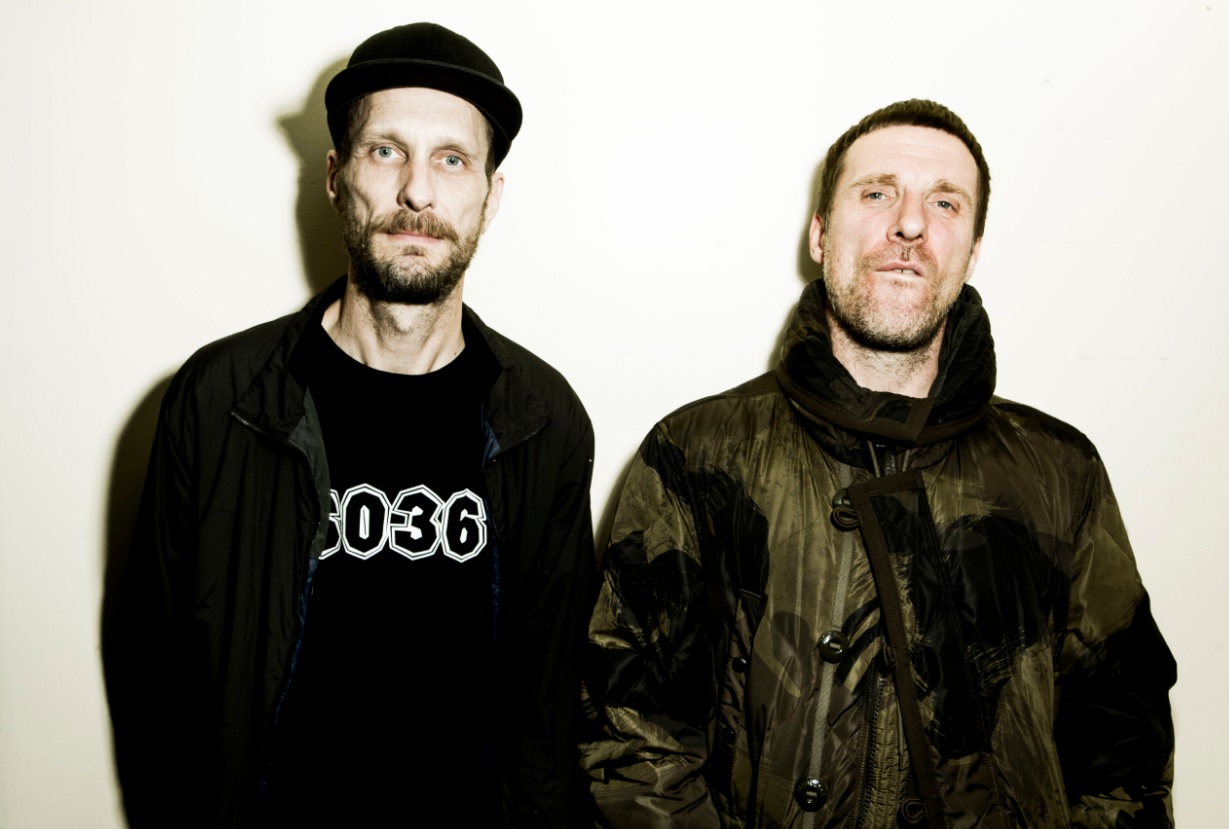 Sleaford Mods are coming to Sussex

Sleaford Mods are Jason Williamson and Andrew Fearn, who are one of the most important, politically charged and thought provoking duos currently making their mark on the UK music scene and beyond.

They are now poised to release their fifth studio album entitled ‘Eton Alive’ on the 22nd February. The album, which features 12 new tracks from the prolific artists, was recorded in Nottingham. The record will be the first release on Jason and Andrew’s newly formed label ‘Extreme Eating’ and their first album since parting ways with Rough Trade Records. The ‘Eton Alive’ tracklisting reads: ‘Into The Payzone’, ‘Kebab Spider’, ‘Policy Cream’, ‘OBCT’, ‘When You Come Up To Me’, ‘Top It Up’, ‘Flipside’, ‘Subtraction’, ‘Firewall’, ‘Big Burt’, ‘Discourse’ and ‘Negative Script’. 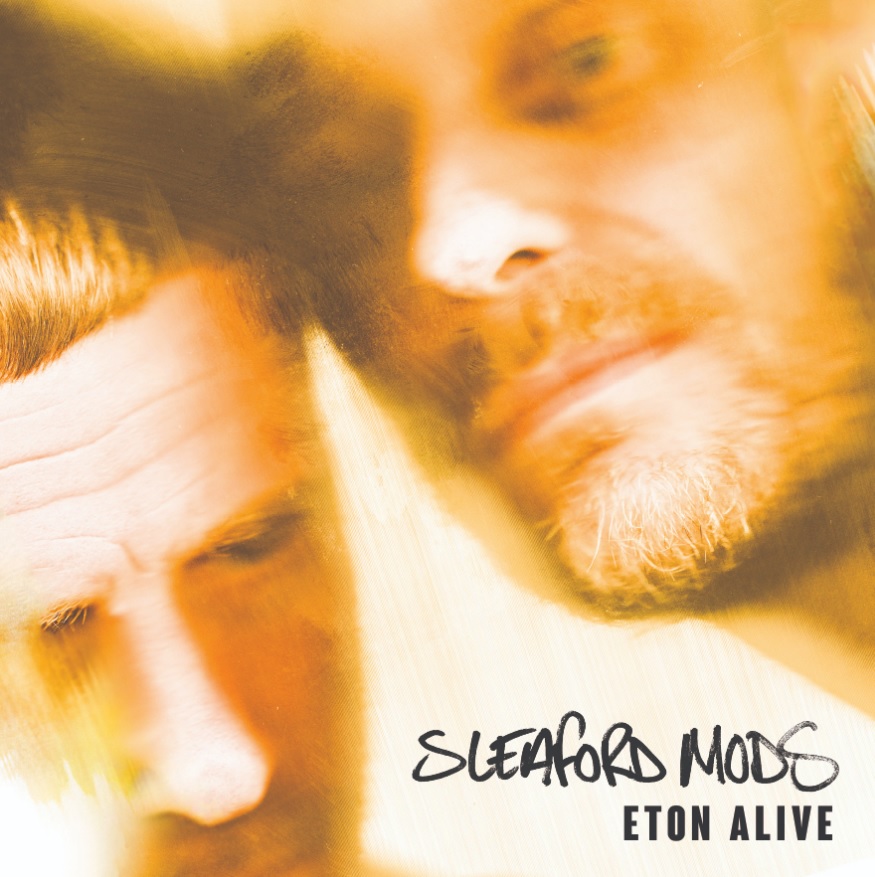 “Eton Alive speaks for itself really. Here we are once again in the middle of another elitist plan being digested slowly as we wait to be turned into faeces once more. Some already are, some are dead and the rest of us erode in the belly of prehistoric ideology which depending on our abilities and willingness, assigns to each of us varying levels of comfort that range from horrible to reasonably acceptable, based on contribution. So after the digestive system of the Nobles rejects our inedible bones we exit the Arse of Rule, we fall into the toilet again and at the mercy of whatever policies are holding order in the sh*t pipe of this tatty civilisation. It is here our flesh regenerates as we rattle into another form, ready, and ripe for order”. – Jason Williamson. 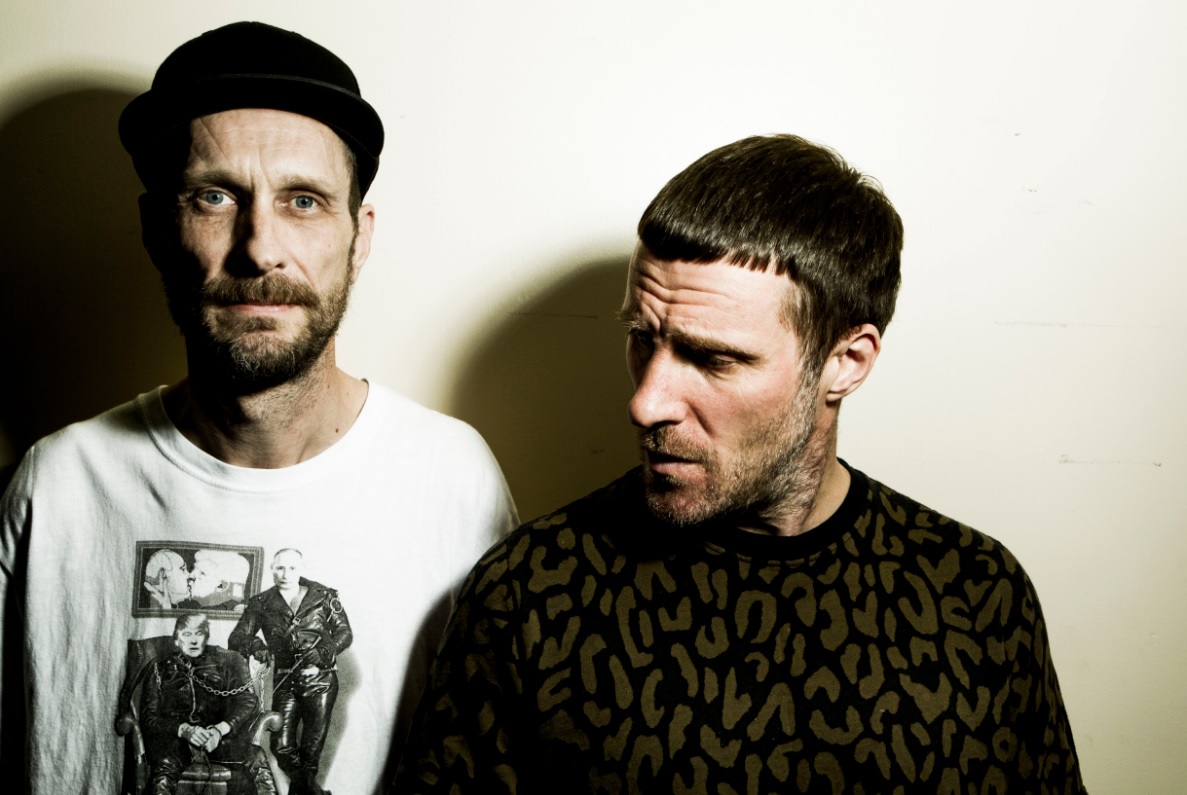 In support of the release Sleaford Mods are undertaking a 33-date tour of the UK, including appearing in Sussex on Saturday 20th April at the charismatic De La Warr Pavilion which is located on Bexhill-on-Sea seafront. Ticket are on sale now, snap them up from HERE.

The full list of ‘Eton Alive’ tour dates can be found HERE. 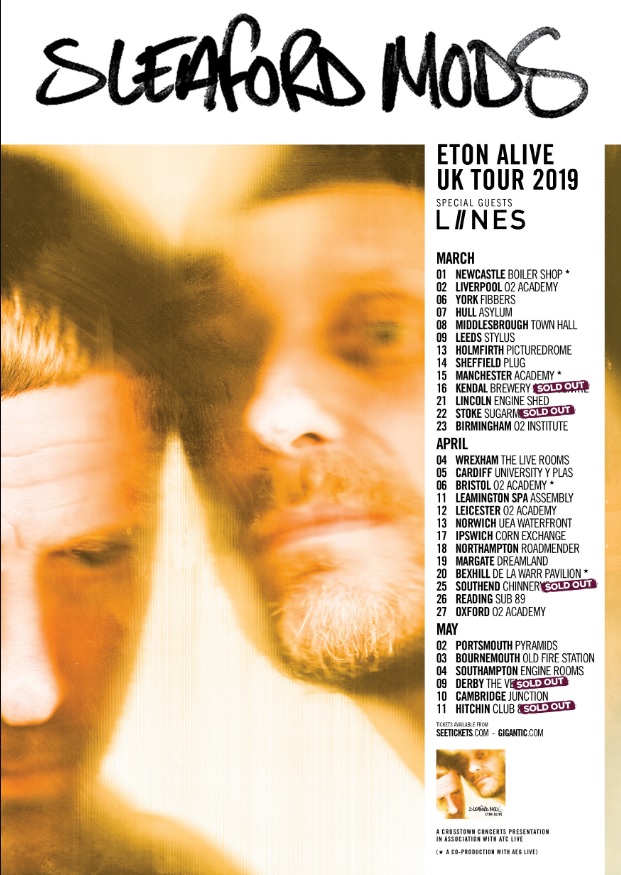