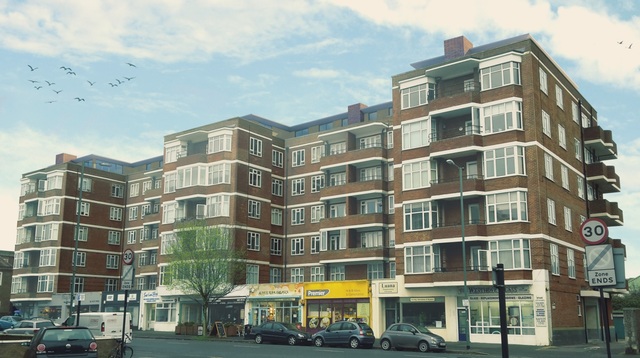 An artisti’s impression of Hove Manor with the extra floor

An extra floor a block of Art Deco style flats in Hove has been refused permission tonight.

Neighbours sent in more than 60 letters against the extra floor for Hove Manor in Hove Street, raising concerns about the look of the extension which would add three flats onto the locally listed building.

It was these concerns for the look of the building, which is in a conservation area, that ultimately led councillors to unanimously refuse permission.

Neil St John, chair of the Hove Manor’s right to manage committee, which is made up of leaseholders, spoke on behalf of residents.

Mr St John said: “We’ve put our money where our mouth is by bringing Hove Manor back to its former glory as much as we could.

“It is an Art Deco 1930s building and we re hoping to make it a striking architectural feature in the area.

“So for us any development should be in keeping with those goals we have, to make sure this building reflects the conservation area it is in.” 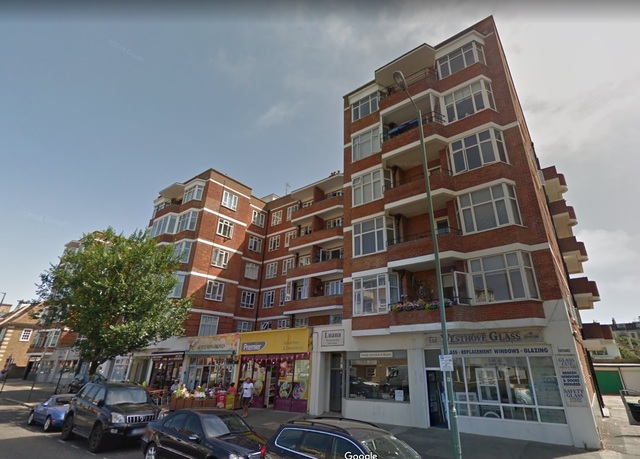 Hove Manor as it currently stands

He described the proposed flats as similar to new flats on top of nearby Viceroy Lodge, which he said looked like wooden sheds dumped on top of the building.

Concerns were also raised by residents about the lift being out of action in the centre of the block, where nine people aged over 70 and five people registered disabled live.

Central Hove Labour councillor Clare Moonan also spoke in support of residents, disqualifying her from the debate which followed.

She describing Hove Manor as a “much loved building”, adding: “We can get the extra units but we can also ensure the character of the conservation area is maintained.

“It could be a win-win with careful thought about the design.”

Both Mr St John and Councillor Moonan asked for a condition for an alternative lift.

However, architect Abe Mohsin said the lift was not suitable.

In his presentation Mr Mohsin described his design as elegant and unobtrusive.

He said: “It is a contemporary approach but there are many examples of contemporary additions to 1930s buildings which are quite successful.

“With the right detailing and the right choice of material, I believe we can achieve something which is high quality.”

When asked about the impact of the modern design and why it was not Art Deco, Mr Mohsin pointed out there are UPVC windows and his design would use traditional materials such as zinc.

He agreed with Mr St John that the Viceroy Lodge roof redevelopment was not something he wished to repeat.

During debate Conservative Councillor Joe Miller said he was concerned about the impact on the conservation area.

He said: “Looking at it myself I have issues with the way it is set back at the front but not at the sides.

“I am concerned about the size of the bays not being set back, but not the principle of building on top.”

Labour Councillor Jackie O’Quinn described a roof-top development in her own ward which could not be seen as it was set further back.

She said: “I would like to see more changes to it and a lot more about materials.

“I don’t object to it in principle but I would like to see further submissions to it.”

Labour Councillor Les Hamilton was critical of the “build housing come what may” policy forced on the council by the National Planning Policy Framework.

Acting chair, Green councillor Phélim Mac Cafferty said his own preference would be to reject and ask the owners to come back with something better.

He offered the option of deferring the application but instead councillors unanimously refused planning permission.

Councillor Miller put forward the reasons for refusal on the grounds of its mass, scale, bulk and design and its impact on the conservation area, which was seconded by Councillor O’Quinn.