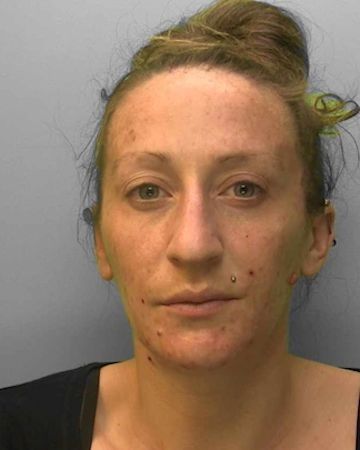 A notorious fraudster who conned well-meaning members of the public by pretending to need money to visit a sick child has been spared jail after magistrates heard she was addressing her drug problem.

Andrea Thorne was given four concurrent 16 week prison sentences by Brighton Magistrates Court on 12 July for three fraud charges and one of breaching a criminal behaviour order by asking for money.

But each one was suspended for 18 months after the bench heard she was engaging with drug addiction treatment and had not reoffended since 2017.

The fraud offences were committed at Trafalgar Street car park in March 2017, at Churchill Square in May 2017 and in West Worthing in July 2017.

The breach of the criminal behaviour order, which had been made by Brighton Magistrates on June 22, 2017, happened just four days later at Montague Place, Brighton.

Thorne, 33, originally denied all charges when brought before court on 24 October 2017, but was found guilty at a trial on 20 December that year.

However, she failed to turn up to court to be sentenced on two occasions the following year, resulting in a further two charges of failing to surrender.

Thorne, who now lives in Eastbourne, admitted both those and was given two one-week prison sentences, both of which were also suspended for 18 months.

Finally, she was fined £100 for reoffending while an earlier suspended sentence from June 2017 was in force.

Together with compensation orders totalling £60, a victim surcharge of £115 and £200 costs, she was presented with a court bill of £475, which the court ordered should be taken out of her benefits.

The court also required her to continue treatment for drug dependency as a non-resident for nine months, and to attend appointments or activities as directed.