The first residents have moved into new council houses built in a street in the centre of Brighton.

Councillors and officials welcomed the first residents to the properties in Kensington Street, formerly known for its graffiti murals.

Among the welcoming committee were Councillor John Allcock, who chairs the Brighton and Hove City Council Housing Committee, and Councillor David Gibson, who speaks for the opposition Greens on housing.

The council said: “The development is made up of nine new flats and three houses built on three small pockets of council-owned land in the heart of the city centre.

“It includes one two-bedroom house and 11 one-bedroom homes, including a fully wheelchair-accessible flat.

“All the homes have been built to high energy and water efficient standards.

“The small sites were previously used for parking and home to some spectacular street art, which were photographed to preserve for posterity, before work began.

“The homes are the latest development completed in our New Homes for Neighbourhoods programme, building new council homes across the city.

“Many more homes are in the pipeline, with building work under way on 30 flats on the site of the former housing office in Selsfield Drive, Brighton, and 12 new homes in Buckley Close, Hangleton.

“Plans are also under way for 42 new homes on the site of the Victoria Road housing office in Portslade, which facilitates a new bowling green in Victoria Rec for the Portslade Bowls Club and a new sports pavilion.”

Councillor Allcock said: “It’s a real pleasure to welcome the first residents into these fantastic new council homes right in the city centre.

“In a year marking the centenary of the Addison Act, which paved the way for the mass programme of council house building across the country, these are new homes we are proud of.

“In 1979, 42 per cent of Britons rented council homes. Today that figure is just under 8 per cent.

“Many of those were sold under the ‘right to buy’ and they too often end up in the hands of private landlords who charge high rents for properties that aren’t always up to standard. 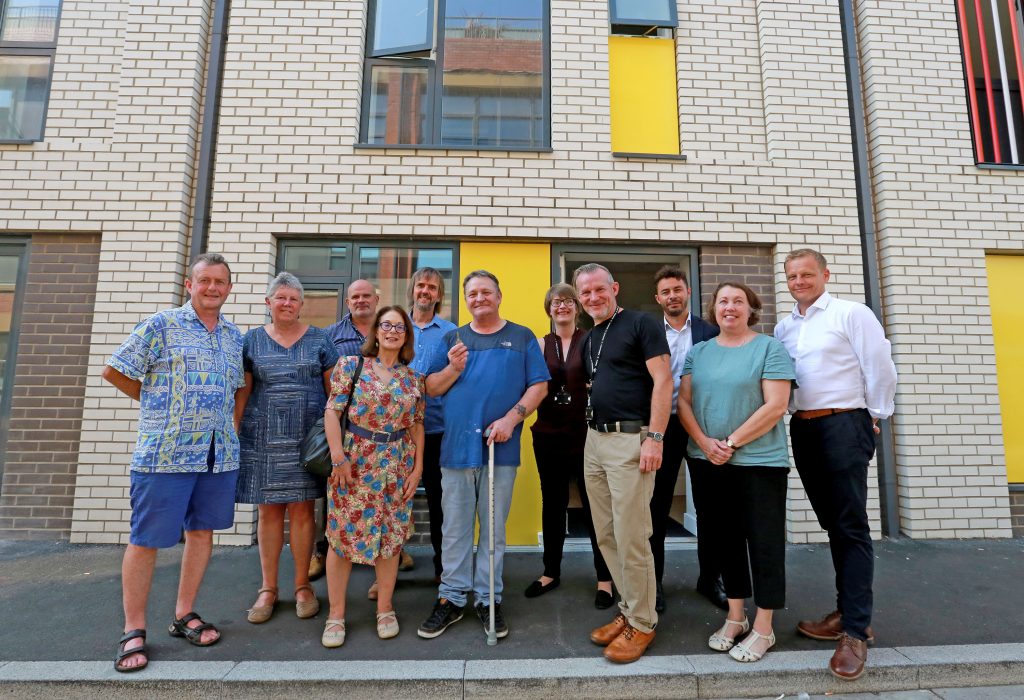 “Often it is housing benefit that covers the cost of those rents, so tenants lose out, the council loses out and the public loses out.

“The answer absolutely has to be that we build hundreds more council houses like these, at rents that mean people don’t struggle to pay. And the government needs – at the very least – to suspend the ‘right to buy’.

“It’s a clear priority in the joint plan we’re working on with our Green Party colleagues to do all we can to increase the supply of genuinely affordable housing in the city.”

Councillor Gibson added: “It’s great to welcome new residents and see the difference a secure council home can make to their lives.

“These high-quality new council homes are the first completed in our joint and ambitious plan to provide 800 additional council homes over the next four years.

“There is a long way to go, but the severity of the affordable housing and homelessness crisis faced by the city demands a bold response.

“As the opposition, we’ve pledged to work with Labour on putting the city first and doing politics differently to solve the key issues facing Brighton and Hove.

“It’s heartening that we are making progress on our shared aim of building more council homes in the city.

“It’s also good to see more brand new council-rented homes that meet high energy and water efficient standards on heating and water bills and reduce carbon, so will be cheap to keep warm.”