The cost of a Brighton night club’s licence lapsing had been “financially catastrophic”, councillors were told today (Monday 23 September).

As a result, No 32, formerly Havana, in Duke Street, Brighton, had relied on temporary event notices (TENs) or operated as “dry” premises.

Behnam Samandi, the owner of the club, which doubles as a restaurant, put his case for a new licence to Brighton and Hove City Council at Hove Town Hall.

His application was opposed by neighbour Warren Francis, who has lived in Duke Street for 15 years.

If a licence was to be granted, Mr Francis wanted it to include conditions to tackle noise and anti-social behaviour, including smokers congregating in the street in front of the premises.

Mr Samandi said that the club had a smoking area in an alleyway out the back.

He and his solicitor, Nicholas Perkins, told a council licensing panel that a number of steps had been taken to tackle noise and to maintain order.

These included employing extra security staff and using an ID scanner, as well as fitting soundproofing at a cost of £40,000 and a noise limiter.

Mr Samandi had owned the site for about 30 years and said that he had not had a complaint for about five years.

Council licensing officer Mark Savage-Brooks said that the last complaint about noise had been received in 2014.

Sussex Police and the council’s Licensing Team did not oppose his application because the existing business was not “troublesome”.

Mr Francis called for the return of a roped off area to the east where people queued for entry and the licensing panel appeared to agree. 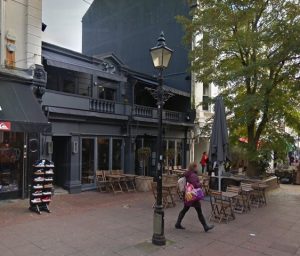 Noise problems started in 2012 and the main problem was solved in 2014 when extra soundproofing was installed.

Mr Francis said that the current problem was intermittent, adding: “Music is played externally on the balcony area until 11pm at weekends.

“This in itself does cause a nuisance but is particularly annoying when it goes beyond 11pm and we have to go and ask for it to be turned off.”

If the panel agrees to grant the application for a new licence, outside noise would have to end by 11pm.

The venue would open at 8.30am on Sunday to Wednesday and close at 2.30am the next morning. Last orders would be at 2am.

The licensing panel is due to give its decision in five working days.