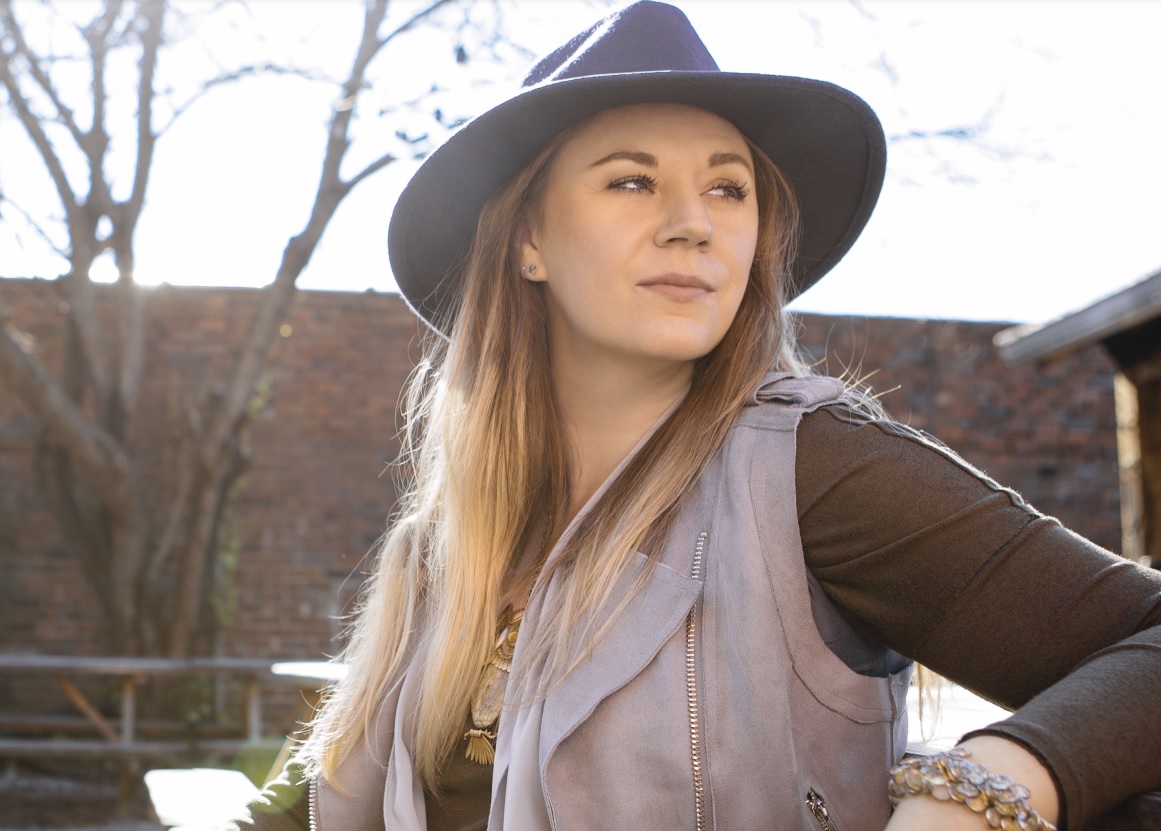 Following the release of her acclaimed seventh album, ‘Reckless Heart’ and a sold-out European tour of the same name in early 2019, Joanne Shaw Taylor, one of Britain’s most celebrated and exciting blues-rock artists, has announced that she will be touring through the UK again in March 2020. The tour will open at The Old Market, Upper Market Street, Hove, BN3 1AS on Monday 2nd March. Tickets are on sale from Wednesday 30th October at 9am from www.joanneshawtaylor.com as well as the usual ticketing agencies and venues.

Her most unique tour to date, Joanne is opening it up to the fans! As well as playing ‘Reckless Heart’ in its entirety, at the beginning of January 2020, Joanne will allow the fans to curate the remainder of her set for the tour through www.joanneshawtaylor.com where fans have the opportunity to select songs they want the band to play from her catalogue. Additionally, limited hospitality tickets will give a rare opportunity to watch the band soundcheck in front of just a handful of people as well as meeting Joanne – these tickets are exclusively available through www.joanneshawtaylor.com.

Joanne Shaw Taylor says, “I can’t wait to get back on the road in the UK. The last tour was so much fun and also reminded me how much I miss playing smaller venues like the ones I grew up in. Playing the whole album in track order combined with stuff from my back catalogue chosen by my fans is a really exciting prospect – it’s sure to be my most personal tour yet!” 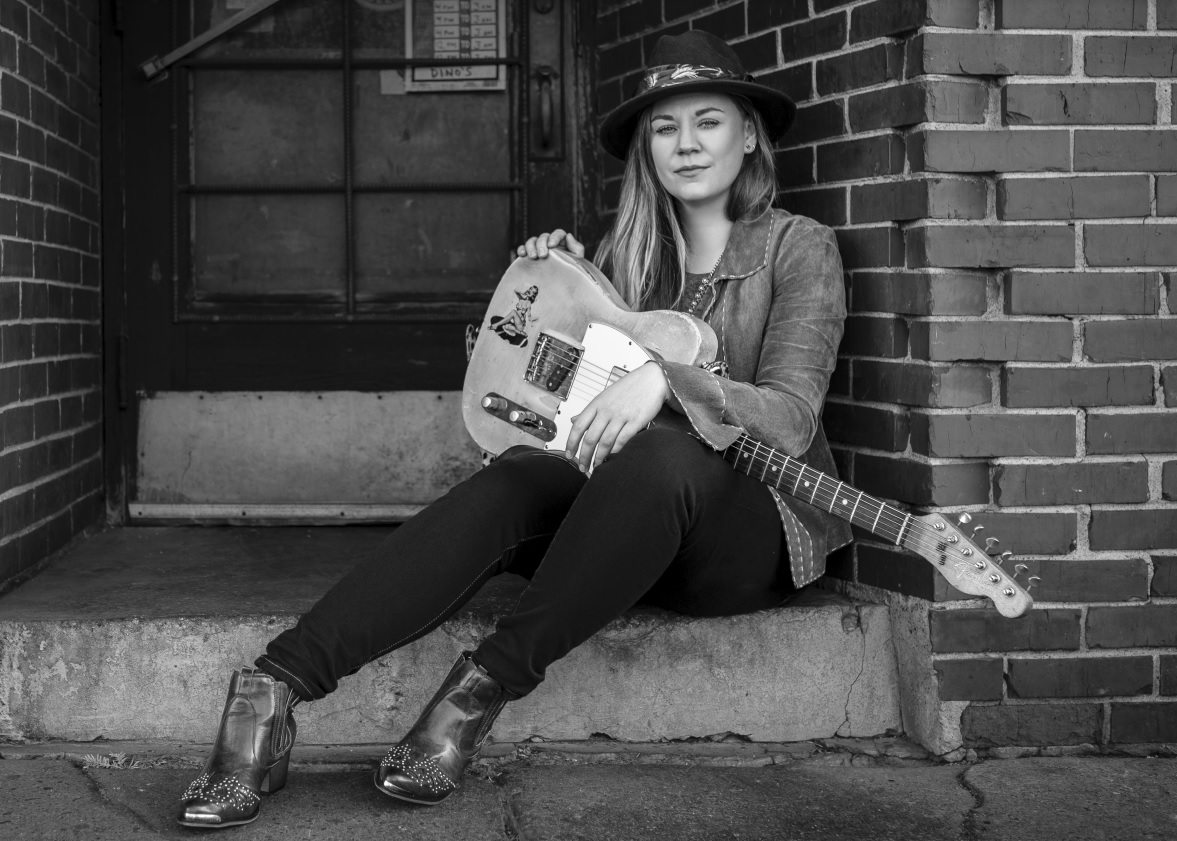 Joanne Shaw Taylor was discovered by Dave Stewart of the Eurythmics at the age of 16 who, having watched her play, immediately invited her on the road with his supergroup D.U.P. – a career in music was born and in the preceding years, her incredible guitar playing saw her build an army of plaudits including Jimmy Cliff, Joe Bonamassa, Stevie Wonder and Annie Lennox.

Still only 24, and fast become one of the most sought after guitarist in the world of rock, she released her first album ‘White Sugar’ (2009), unleashing her distinct soulful voice on the world and demonstrating a songwriting prowess way beyond her years – the world of blues rock had a new star! Now, a decade on, Joanne has proven herself as a prolific songwriter, releasing seven acclaimed albums in under ten years, each increasingly more successful with her 2019 ‘Reckless Heart’ breaking into the top 20 and cementing herself as one of the most important exports in British blues-rock.

Exclusive tour t-shirts for this upcoming tour and ‘Reckless Heart’ are available from shop.joanneshawtaylor.com 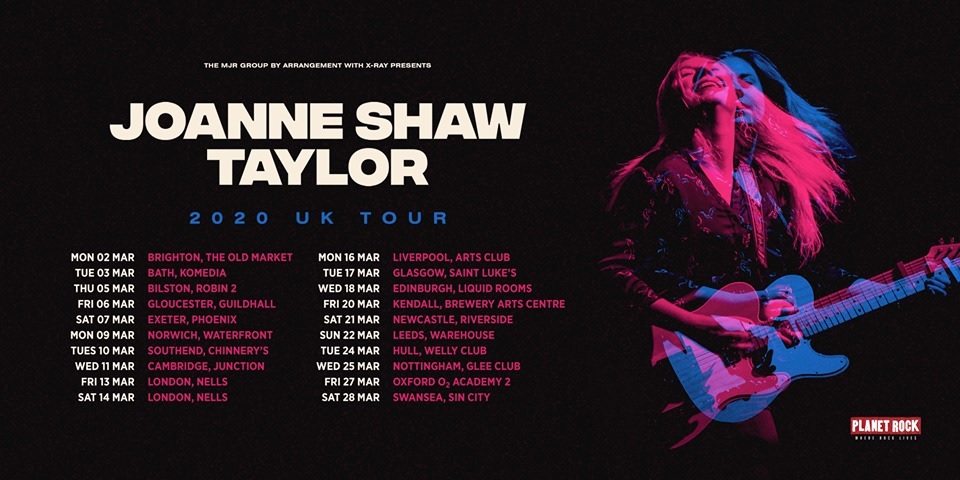