The Only Ones, Jim Jones, and Arthur Brown joining Vive Le Rock Awards 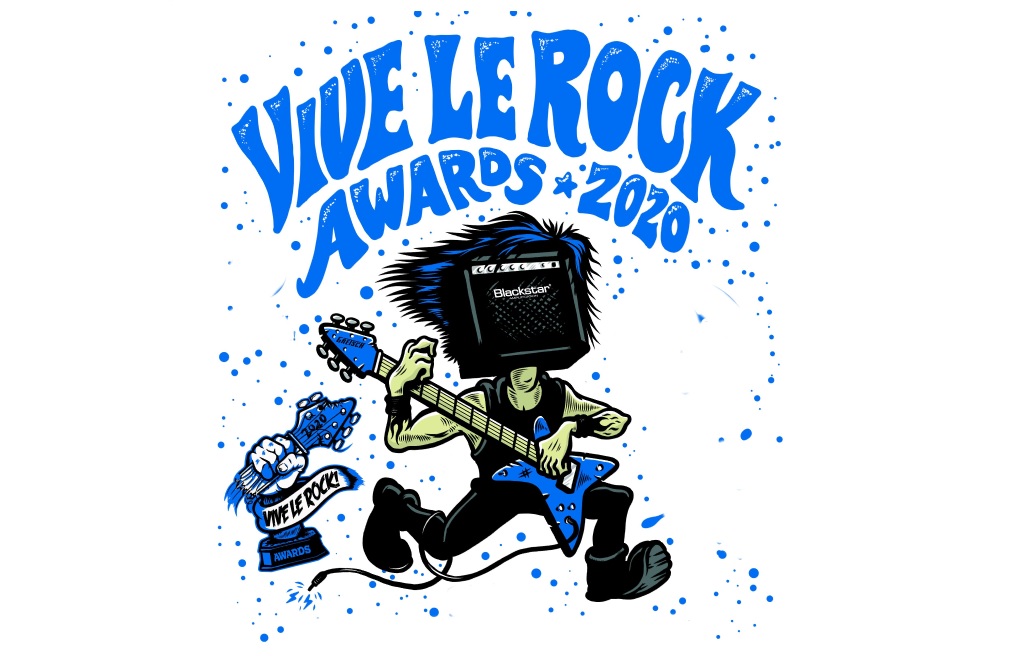 Staking its reputation as an essential rock ‘n’ roll date in the annual calendar, with two now fabled awards nights at the 02 Islington Academy in 2018 and 2019 which saw a vast array of iconic artists performing and rubbing shoulders, the 2020 Vive Le Rock Awards is confirmed to take place this coming 1st April.

This time, however, the event has gone bigger and bolder, moving to the 2000 capacity 02 Shepherds Bush Empire for the party of the year that also celebrates Vive Le Rock’s tenth anniversary in print, having published its first issue in 2010, it is now the world’s biggest rock ‘n’ roll and punk magazine, independently published by Big Cheese Publishing Ltd in London.

The two previous years have featured live appearances from The Damned, The Stranglers, Shakin’ Stevens, Suzi Quatro, members of AC/DC, Sex Pistols, The Specials, Buzzcocks and even England football legend Stuart Pearce, and the event this year continues to grow in stature and size!

Further icons of rock ‘n’ roll have now been confirmed to join the event and Vive Le Rock are very proud to welcome London rockers The Only Ones onto the line-up. Frontman Peter Perrett returned in recent years to launch a successful solo career with two fabulous albums in 2017 and 2019 and now we celebrate The Only Ones legacy, who will be picking up a ‘Classic Song’ award for their timeless 1978 hit ‘Another Girl Another Planet’, which will be performed on the night.

Also confirmed to join the melee is soul-brother Jim Jones; Hypnotic, Righteous Mind and Revue, a man who IS rock ‘n’ roll incarnate, who will bring his hand-clapping grooves to the night. 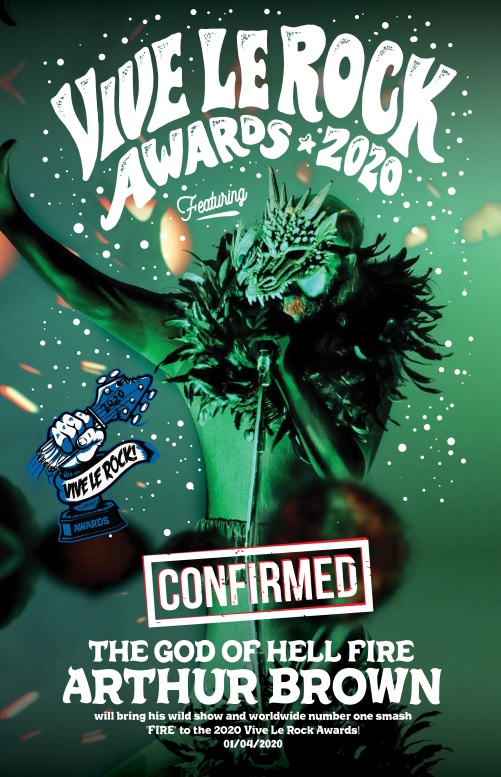 Then, just when you thought the evening couldn’t get any hotter, along comes the crazy world of Arthur Brown with his red-hot 1968 hit ‘Fire’, bringing his wild show and worldwide number one smash hit to the event.

“I am the God of Hellfire and I bring ‘Fire’ to the Vive Le Rock Awards 2020,” exclaims Arthur, now in his 57th year of performance, he has launched his new immersive multi-media tour in the UK. One review calls it “A lesson in psychedelic individuality, ingenuity and madness!” Get ready to rock!

These join the previously announced artists, Original Rudeboy – The Specials Neville Staple joining the party along with a very special one-off reformation of 80’s goth rockers The Lords of The New Church, fronted by Finnish Hanoi Rocks legend Michael Monroe on vocals. The Vive Le Rockers all-star band will once again back specially invited singers and compere for the night will see the return of Ed Tudor-Pole of Tenpole Tudor fame (and also 80’s T.V show, The Crystal Maze!). Chrissie Hynde and the Pretenders are set to pick up an Icon Award and punk legend, The Damned’s Brian James will accept the Pioneer award. Two extra special guest performers are due to be announced soon along with a wealth of awards.

There will be a special section for rockers we have lost in 2019 including Gang Of Four’s Andy Gill, Eddie and The Hot Rods Barrie Masters (who played the 2019 VLR awards) and surf guitar legend Dick Dale.

The audience will comprise of invited members of the media, television, fashion and the music world as well as an allocation of tickets for the general public. The VLR Awards are a truly unique, international event celebrating the legends of our music scene. “This isn’t some chicken in a basket awards show, this is a party with the coolest people in rock n’ roll” said Vive Le Rock editor Eugene Butcher. 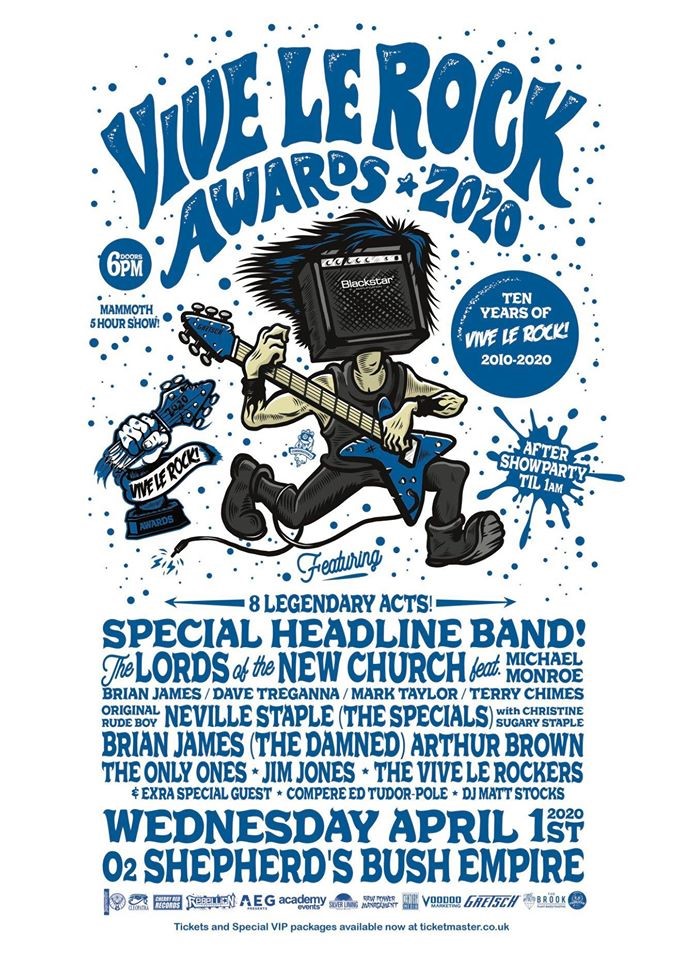