An author and illustrator from Brighton has been shortlisted for a national award for one of his latest books. 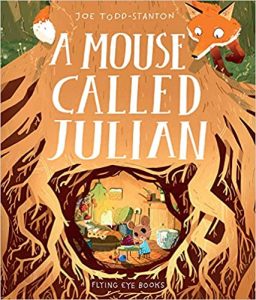 Joe Todd-Stanton is one of six people on the shortlist for Oscar’s Book Prize for books aimed at pre-school children.

The judging panel includes former Brighton restaurant owner Dermot O’Leary who is famous for hosting The X Factor on ITV and who is also a children’s author.

Mr Todd-Stanton has been shortlisted for his book A Mouse Called Julian about an unlikely friendship between a mouse and a fox.

The prize is supported by the London Evening Standard newspaper and sponsored by the online retailer Amazon and the National Literacy Trust.

Mr Todd-Stanton was shortlisted in 2018 for his book The Secret of Black Rock. But, despite the local reference, his style owes more to Japanese anime and, in particular, Studio Ghibli than to the Brighton of his childhood.

He is also an admirer of classic children’s picture books such as Where the Wild Things Are by Maurice Sendak and the work of Sir Quentin Blake.

His recent reading has included Ethel and Ernest by Raymond Briggs, the creator of the Snowman and Fungus the Bogeyman, who taught illustration in Brighton for 25 years.

Mr Todd-Stanton, who celebrated his 30th birthday with his flatmates under the coronavirus lockdown restrictions, grew up in Lincoln Street, Hanover.

He went to Downs infant and junior schools and Dorothy Stringer before studying for a BTEC qualification in art and design at City College – now known as the Met.

He credits his two years there with helping him to work out what he wanted to do – and he went on to graduate with a first-class honours degree in illustration from the University of the West of England in Bristol. 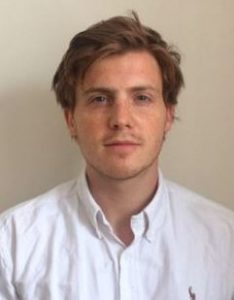 With five books of his own in print – he has also illustrated other writers’ work – Mr Todd-Stanton has a new book out later this year called Bear.

The story is by screenwriter Ben Queen, who wrote the script for the Pixar film Cars 2 and was the co-writer of Cars 3 and the Rob Lowe film Proximity.

Mr Todd-Stanton’s first book – Arthur and the Golden Rope – was published just five years ago. His second Oscar’s shortlisting is an indication of his growing reputation.

He is hungry to come up with “a holy grail book” – like Where the Wild Things Are – and he said: “You always shoot for the stars and never quite make it.”

But it’s the spur to keep trying – and Mr Todd-Stanton seems to have many more stories that he wants to put down on paper. 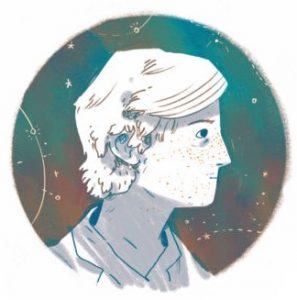 The story of A Mouse Called Julian was described on the Amazon website. It said: “Julian is a mouse who is perfectly happy avoiding other animals. They seem to just get in the way and sometimes even try to eat him.

“But one day, Julian has an unexpected dinner guest … When the fox tries to sneak into Julian’s burrow for a tasty bite of mouse, it finds itself stuck headfirst in Julian’s front door.

“At first alarmed and wary, they soon find themselves having a lovely dinner together, and it’s not long before each realises that they have found in the other a lifelong friend.”

Mr Todd-Stanton said on Twitter: “Amazed to find out my book A Mouse Called Julian has been shortlisted for Oscar’s Book Prize. Such a special event to be a part of. Thank you to the judges and to everyone at @oscarsbookprize.”

A Mouse Called Julian was published in 2019 by Flying Eye Books, of London. The 40-page hardback has a recommended retail price of £11.99.