Fraud, bullying and sabotaged vehicles were found during an investigation of the council’s rubbish and recycling department Cityclean, councillors were told yesterday.

The investigation was prompted by whistleblowing but the council’s internal auditors were so concerned that they called in Sussex Police.

Two staff have been arrested and released under investigation – and remain suspended from their jobs at the Cityclean depot in Hollingdean – as revealed by Brighton and Hove News last year.

The police inquiry is the third in recent years where Brighton and Hove News has revealed allegations of fraud and arrests. Concerns over an £18 million housing contract cost a senior official his job and the council lost more than £3 million to fraudsters at the cash collection contractor Coin Co International.

And while steps have been taken to tighten up the way that Cityclean is run, councillors have asked for regular progress reports in future.

Auditors said that they had not been able to count all the costs of the problems at Cityclean but the budget was overspent by more than £3 million in the two years to the end of March.

The details were spelt out to Brighton and Hove City Council’s Audit and Standards Committee at a “virtual” meeting yesterday (Tuesday 21 July).

The committee was told that these were being addressed by the management.

A report said that a lack of checks on purchasing systems meant that some employees were able to benefit from fraud and collusion.

Improved stock control and better monitoring of spending within the service had helped resolve the problem.

There were concerns about the use of fuel and fuel cards and the report said: “Controls which should have prevented employees from removing items or materials from the workplace, for personal financial gain, were not in place or were ignored.

“Action has now been taken to include clear instructions to all staff that materials cannot be removed from the site, as well as improved inventory control over both council assets and materials.”

The council has also stopped using some suppliers as a result of the audit, with a number of issues related to staff and contractors working together to carry out fraud.

Security was not adequate to prevent “intentional damage” to vehicles at the depot.

And auditors found that there were no checks in place to tell whether any hired vehicles had been used privately rather than for work.

Whistleblowers alerted auditors to bullying and harassment at Cityclean and personal and sensitive information had been shared when it should not have been.

Labour councillor Tracey Hill said that she was concerned to read about the problems inside the service. She said: “It has been going on for some time.

“A number of measures have been put into place but, when you read about that kind of seriousness, what is going to happen now?”

Councillor Hill said that she wanted to know an update in a few months’ time to know whether the problems were resolved.

She was told that a follow-up inspection would be carried out to ensure that measures to deal with the various problems were in place.

Members of the committee were promised a quarterly update.

The audit findings follow investigations by Brighton and Hove News which revealed the underlying details of a dispute between the council and GMB union that almost led to a strike during Pride last year.

Other revelations enabled the public to learn key details contained in two secret critical reports highlighting the poor relationship between the council and the union.

One was written by former union leader Gerry Doherty and the other was a Local Government Association peer review which described the relationship as “dysfunctional”. 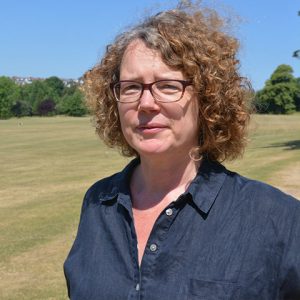 Green councillor Siriol Hugh-Jones described the situation at Cityclean as “a can of worms”.

She said: “It is pretty appalling what has been allowed to go on.

“It’s good that the measures are in place now but it does raise a lot of questions about Cityclean management in the past.”

The committee was told that investigations by the police and council were continuing.