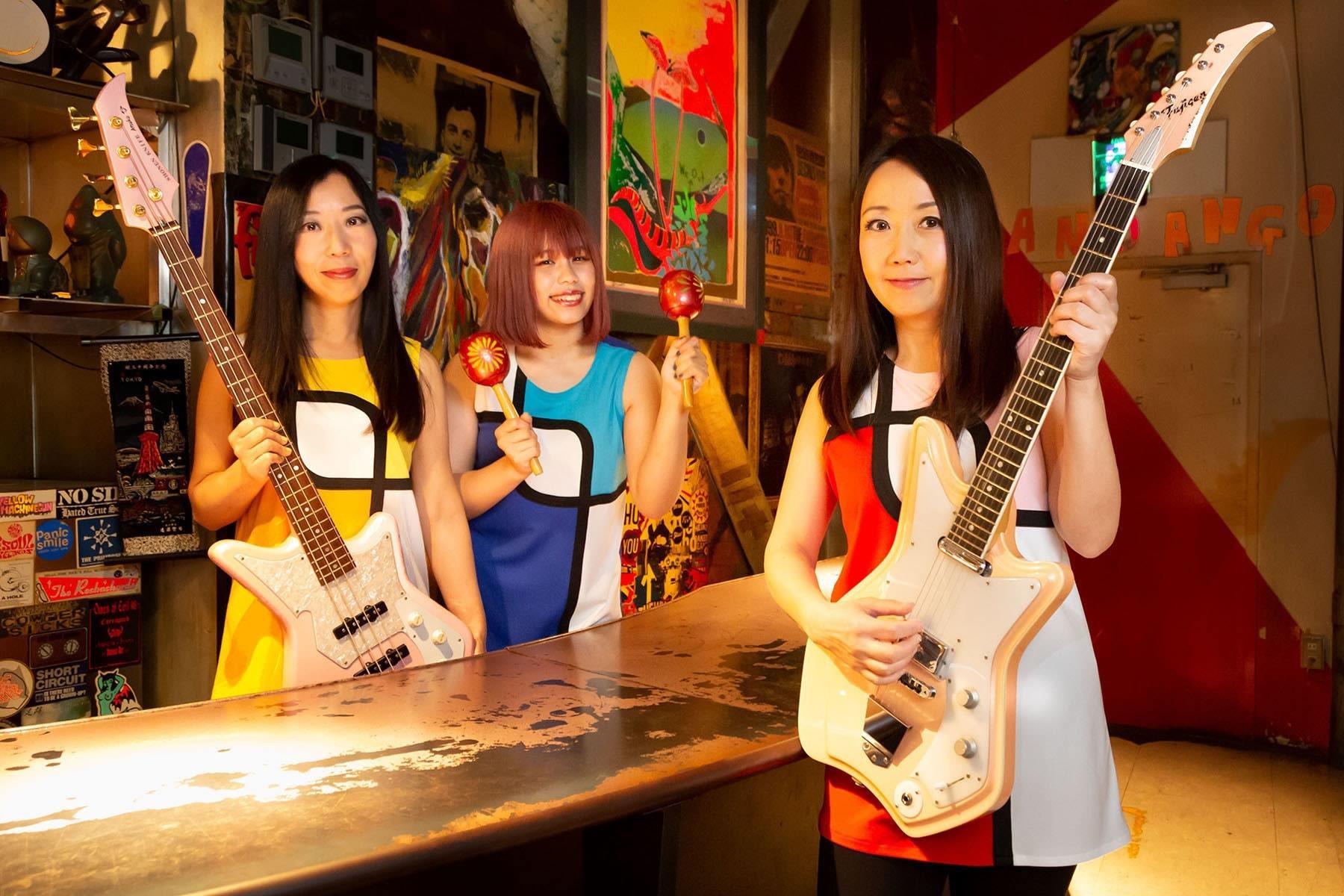 It’s going to be fun, fun, fun up at The Con Club in Lewes on Sunday 3rd October 2021, as the ever smiling Shonen Knife will be returning to Sussex to perform their wonderful blend of uplifting pop-punk.

The Japanese pop-punk band was formed in Osaka in December 1981 long before terms like ‘riot girrrl’ and ‘girl rock’ entered the lexicon. The trio are sisters Naoko Yamano (vocals and guitar) and Atsuko Yamano (drums) along with their friend Michie Nakatani (bass).

The group was something of an anomaly when they started, as they were coming in at a time where all-female bands were scarce. Influenced by 1970s punk rock and new wave bands such as The Ramones and The Buzzcocks while ignoring the then-rising, early J-Pop movement, the trio began crafting energetic rock songs rooted in rough instrumentation and do-it-yourself ethos. However, unlike traditional rebellious punk rockers, the trio emphasized positivity using catchy, upbeat melodies and frivolous, carefree lyrics that often touched on sweets and animals. The group eventually came to describe their music as, “oo-oo-ultra-eccentric-super-cult-punk-pop-band-shonen-knife!”

Like fellow cult Japanese girl group The 5,6,7,8s, Shonen Knife have weathered decades of musical change by adhering to what they know best: belting out their own infectious brand of feelgood pop-punk. 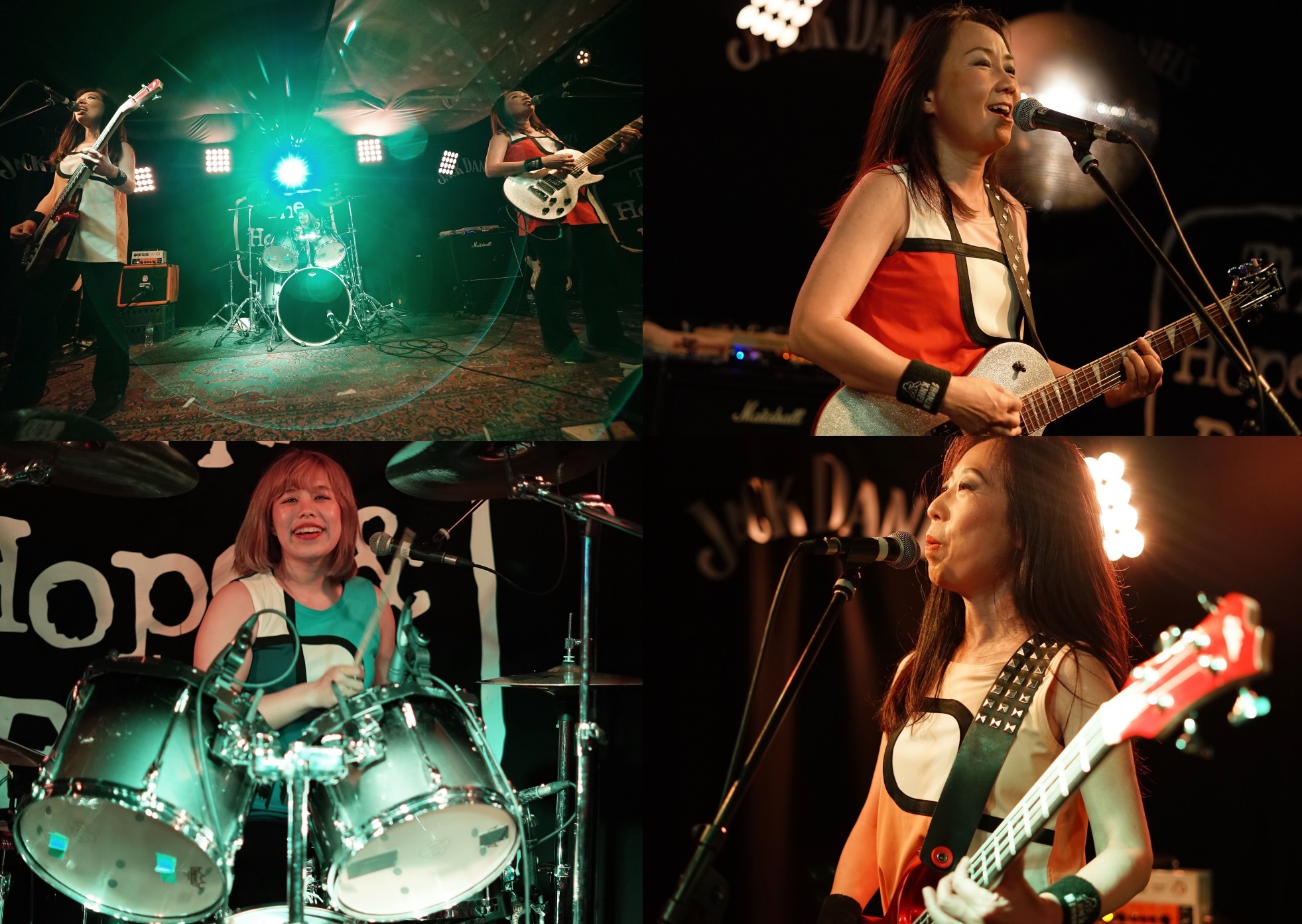 Over the last 40 years they might not have packed out stadiums, but have been credited as a huge influence on alt rock acts from Sonic Youth to Nirvana. It was in 1991 that Shonen Knife came to find their biggest fan in the form of Nirvana’s Kurt Cobain, who had seen them play in Los Angeles and had come to deeply enjoy their music. He stated “When I finally got to see them live, I was transformed into a hysterical nine-year-old girl at a Beatles concert.”

The Beatles analogy is a good one, as essentially the band members of Shonen Knife cite the fab four as heavy influencers of their music as well as the aforementioned Buzzcocks and Ramones. Despite years on the road, their enthusiasm for live performances remains a joy to see as they delve into an extensive back catalogue ranging from solid thrash rock through to hit parade melodies.

Check out the Shonen Knife sounds on their Bandcamp page HERE.

Purchase your tickets for this exciting concert HERE or HERE. 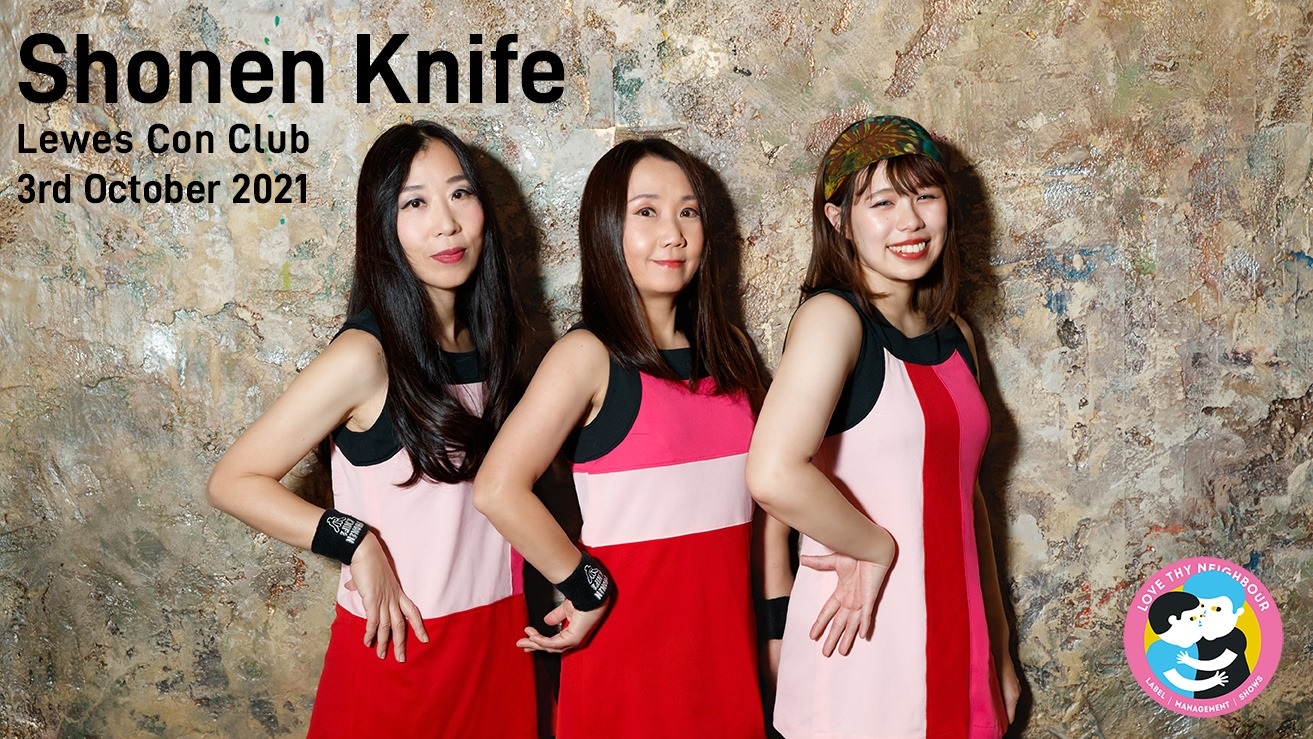