Campaigners are holding an online meeting as they try to halt plans to turn Moulsecoomb Primary School into an academy.

But time appears to be running out, with three potential sponsors currently in talks with the office of the regional schools commissioner Claire Burton.

A decision is due this month on who will take on the school, with The Pioneer Academy, a multi-academy trust, the only one of the three to have been named so far.

The other two are understood to be the Chancery Education Trust and Schoolsworks Academy Trust.

Councillors were given an update on the school’s future during a virtual meeting yesterday (Monday 8 March).

Most – if not all – councillors want Moulsecoomb Primary to remain a local authority “maintained school” in the Brighton and Hove City Council family of schools.

And Green councillor Hannah Clare, who is due to speak at the campaigners’ meeting tomorrow (Wednesday 10 March), said that parents were asked if they wanted the school to become an academy – and they said no.

Councillor Clare said: “Ninety-six per cent of parents said no when we asked them – and we have to keep that at the front of our minds. We will continue to fight on the basis of what the community said.”

The academy row started after an inspection by Ofsted in April 2019. The official education watchdog published its report in May 2019 and said that the school was inadequate – a verdict that has been much criticised locally.

Last month Brighton and Hove News revealed that shortly after three Ofsted inspectors rated the school “inadequate”, one of them, Timothy Rome, joined The Pioneer Academy as a regional director.

After Moulsecoomb Primary School’s Ofsted report was published, an “academy order” was made, and the regional schools commissioner started trying to find a sponsor for the school.

Once made, academy orders are revoked only in exceptional circumstances and the decision is the responsibility of the Education Secretary Gavin Williamson. 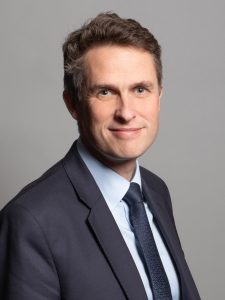 The story so far and the next steps were set out in a report to the council’s Children, Young People and Skills Committee.

It said that New Horizons Academy Trust was on track to run the school until just before Christmas 2019 when Brighton and Hove News reported that the trust had pulled out.

The report to councillors said: “The school and council became aware, through a press article, that New Horizons Academy Trust had withdrawn from becoming the academy sponsor for Moulsecoomb Primary School.

“Neither the school nor the council were notified of this by either the Department for Education or New Horizons Academy Trust.”

Oftsed has since monitored the school and the watchdog said: “Leaders and managers are taking effective action towards the removal of the ‘serious weakness’ designation.

Oftsed also said: “Leaders have made a start on improving the quality of education (and) have created the right climate for learning.

“Leaders have continued to tackle the root causes of why some pupils do not attend school as well as they should.

“The local authority has secured a range of appropriate support for the school.”

And during the first coronavirus lockdown, the academy threat appeared to recede after a ministerial announcement.

Yesterday, Labour councillor Amanda Grimshaw, who represents Moulsecoomb and Bevendean ward on the council, said that more than 60 per cent of children attracted pupil premium funding.

The school also had a higher than average proportion of pupils with special educational needs and disabilities, she said.

But Councillor Grimshaw said: “Moulsecoomb Primary School is a school that values and nurtures every single pupil.

“It’s not trying to pass itself off as something that it is not. It is a school on an estate that is placed within the top 10 per cent of all the deprived areas in the country.

“Moulsecoomb Primary School never seeks to downplay the challenges and struggles that it faces but, instead, rises to each one with a dedication and commitment that is unsurpassed.”

Labour councillor John Allcock, who also plans to speak at the campaign meeting tomorrow, said: “I’ve got no idea why the government won’t back down and revoke the academy order when, and I’m confident it’s not an if, the school becomes a good school.

“Are academy chains successful when taking over? Will the children have a better education? Am I missing something?

“I think the answer is no. The Sutton Trust says 38 out of the 58 academy chains perform below the national average for all state schools.”

He said that the Sutton Trust report showed that academy chains had not improved children’s academic achievements in deprived areas.

Green councillor Sarah Nield said that she “rolled her eyes” when she read that the regional schools commissioner had offered extra funding to improve the school – but only if it became an academy.

The report before councillors said that the governors and head teacher had turned down this offer.

Councillor Neild said: “He will not give the money to a local authority to support the same improvement. Ever felt set up?”

Falling pupil numbers have hit the school’s finances and it was reported to have a deficit of more than £200,000 which cannot be transferred to an academy sponsor under current rules.

The council is working with the school to try to manage the deficit, not least because it would not wish to be saddled with the bill.

The campaign group Hands Off Moulsecoomb Primary School is due to hold a meeting on Zoom tomorrow starting at 6pm.