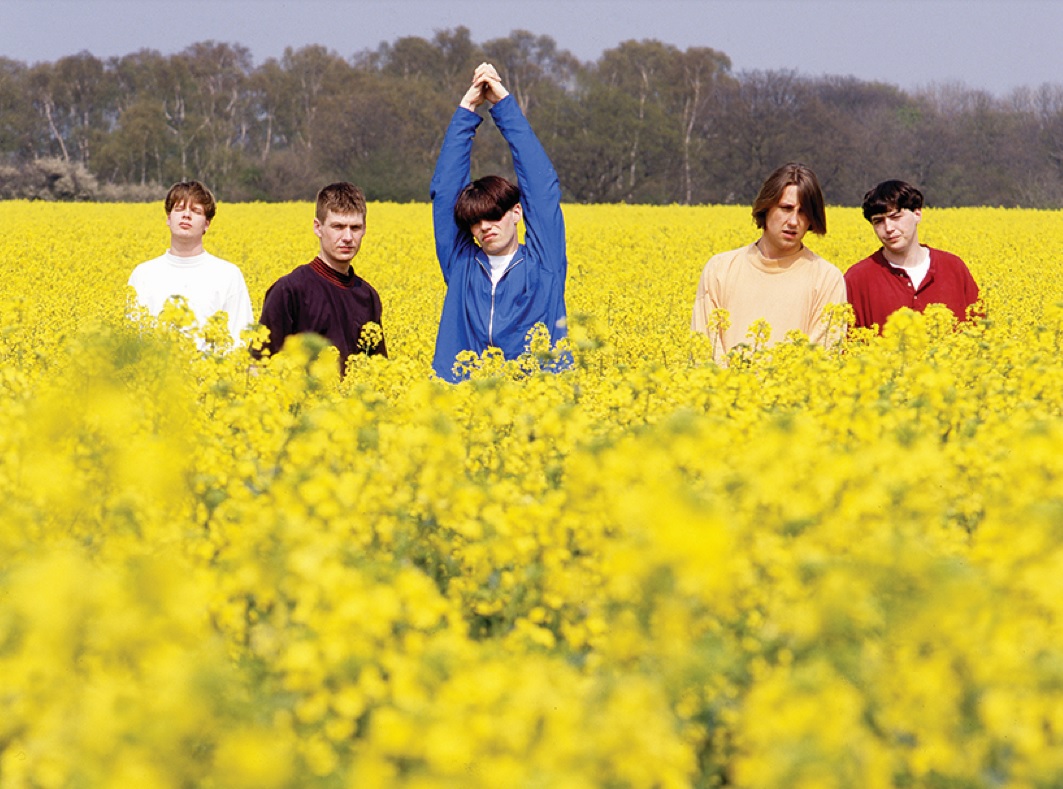 The Charlatans are coming to Sussex (click on pic to enlarge!)

The Charlatans have announced that their (Covid) delayed 30th Anniversary Tour will commence in November 2021 and they will release a special album box set ‘A Head Full Of Ideas’ on limited edition blue vinyl on Then Recordings through Republic Of Music on the 15th of October 2021.

‘A Head Full Of Ideas’ features five albums and an exclusive 7” single and is a career-spanning collection that sums up their remarkable progress from 1990 Manchester scene hopefuls to one of the UK’s most enduring and best-loved bands.

The accompanying tour will visit eighteen cities and will be calling into Sussex on Monday 29th November 2021, when they will be performing at the iconic De La Warr Pavilion.

The iconic De La Warr Pavilion will play host to The Charlatans (click on pic to enlarge!)

In a celebrated and genre bursting career, The Charlatans have notched up thirteen Top 40 studio albums – three of them number ones – alongside twenty two hit singles, four of them Top 10. The rollercoaster highs have been accompanied by some shattering lows, any which one of them could have felled a less resilient band, from nervous breakdowns to near bankruptcy and the deaths of two founder members. 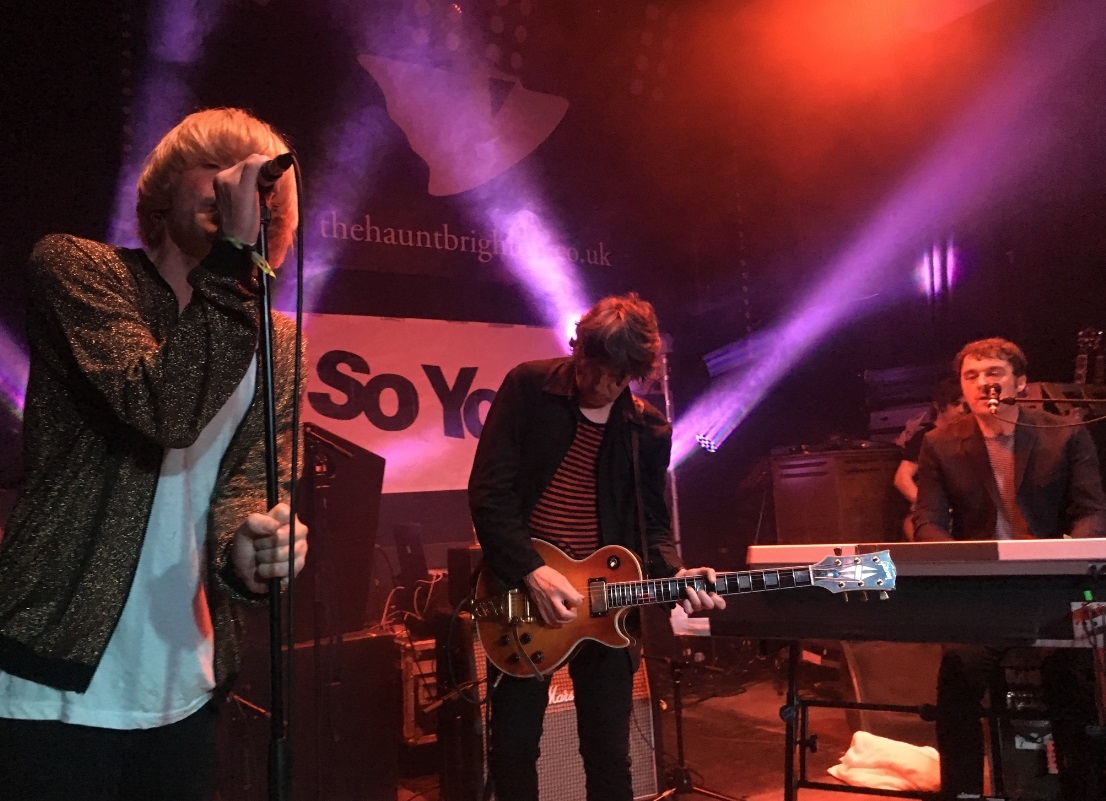 The Charlatans live at The Haunt (now called CHALK) 19th May 2017 (pic Martin J Fuller) (click on pic to enlarge!)

Somehow, they have not just carried on but adapted and transformed many times over the years. The classic Charlatans sound – driving Hammond organ, Northern Soul and house-influenced rhythms, swaggering guitars and Tim Burgess’s sunny yet somehow yearning vocal – is instantly recognisable. And in spite of everything they have been through their music is now more relevant than ever, The Guardian described the most recent album ‘Different Days’ as “one of their best ever”.

This limited box set, is a diverse collection portrayed over five blue vinyl LP’s, spanning their hits, classic live performances, unheard demos, rarities and remixes from the likes of The Chemical Brothers, Norman Cook and Sleaford Mods. The package will also include an exclusive seven inch single featuring demo versions of ‘Indian Rope’/ ’The Only One I Know’, a signed print of a tour poster from the early 1990’s together with a booklet featuring unseen photographs and sleeve notes by friend and journalist Dave Simpson. There will also be a triple opaque coloured vinyl LP version and 2CD deluxe of the box set featuring the hits albums plus the live album, and finally a cd or vinyl of just the hits albums. 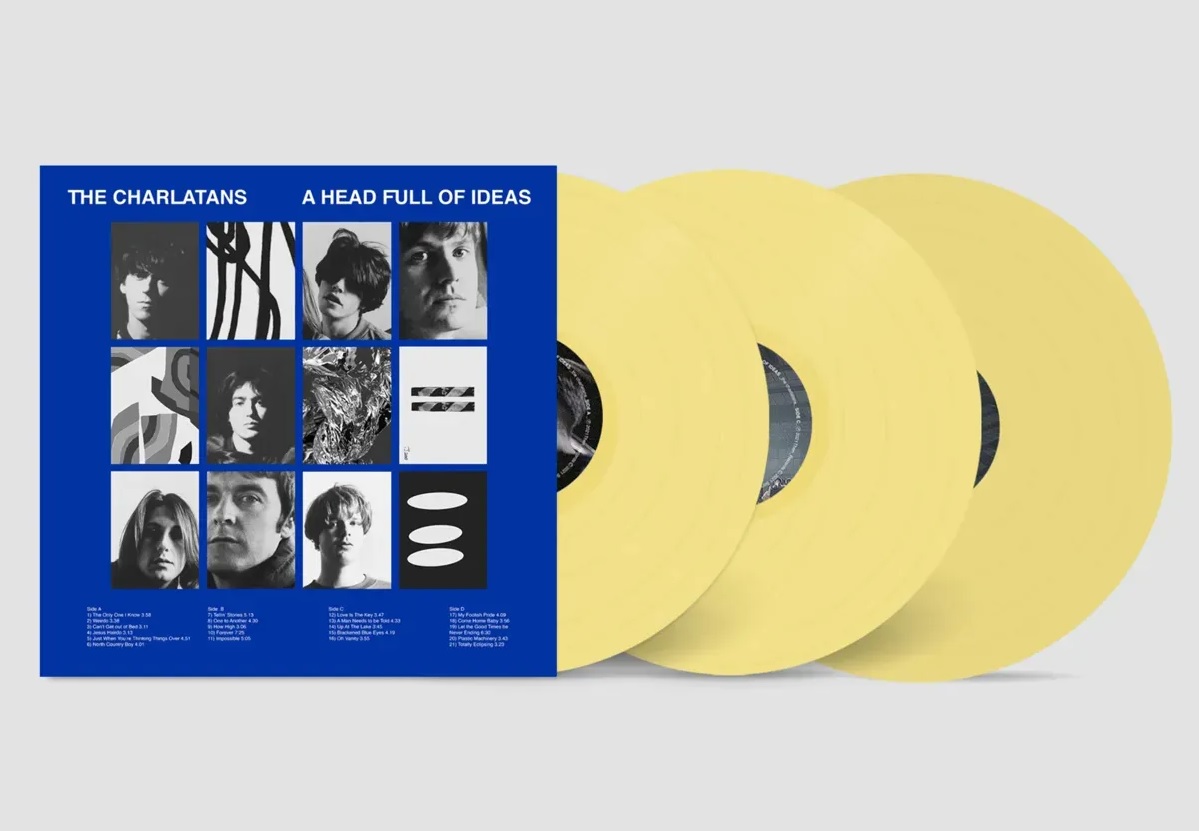 Their iconic and hugely adored live track ‘One To Another’ (circa 1997) provides the titles for the individual vinyl collection within the box set. Each piece of vinyl is named after a lyric from the song.

You can see all of the purchase options and track listings for ‘A Head Full Of Ideas’ HERE. 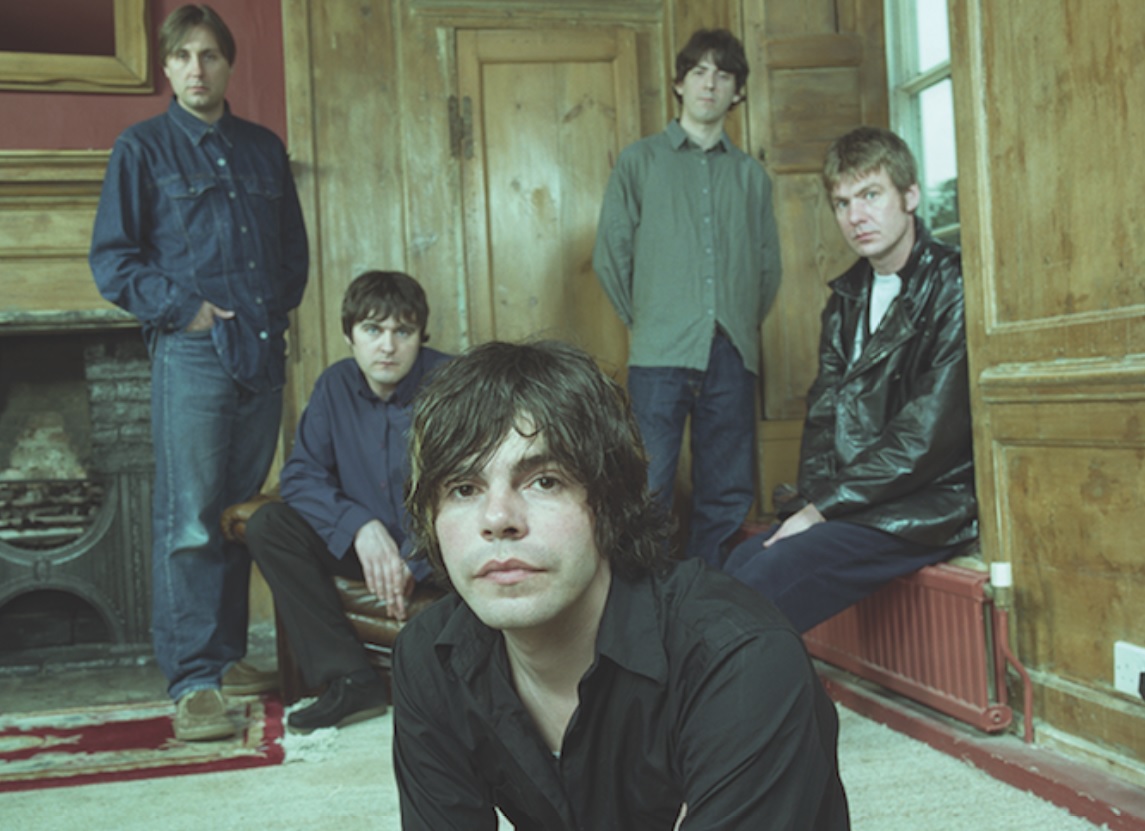 The Charlatans in 1999 (pic Tom Sheehan) (click on pic to enlarge!)

To celebrate their anniversary and the box set the band have confirmed an extensive UK & Ireland tour.

Tickets go on sale 10am Friday 30th April and will be available from www.gigsandtours.com / www.ticketmaster.co.uk.

The De La Warr Pavilion concert tickets can also be purchased from HERE.

Support to be announced. 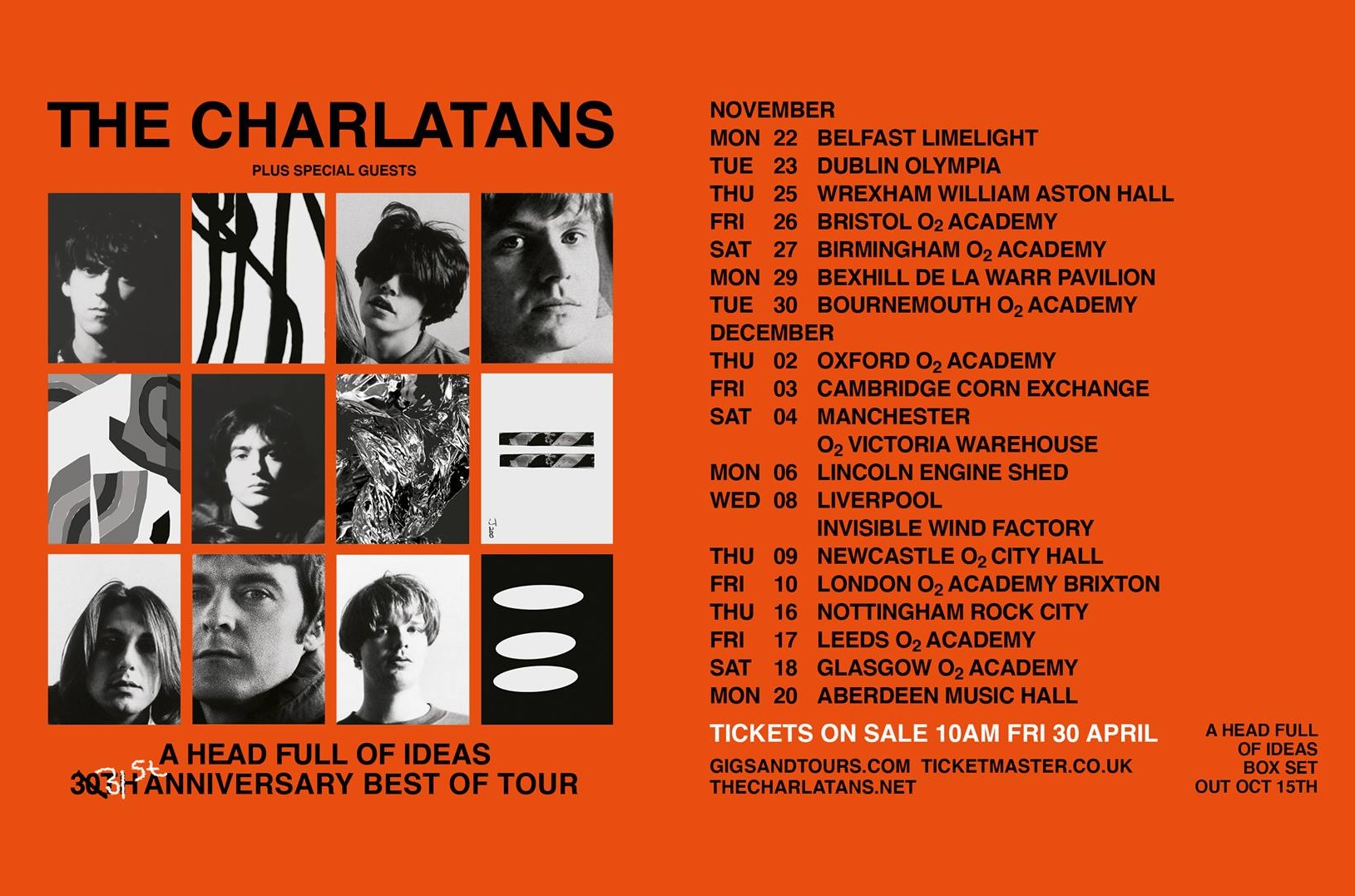