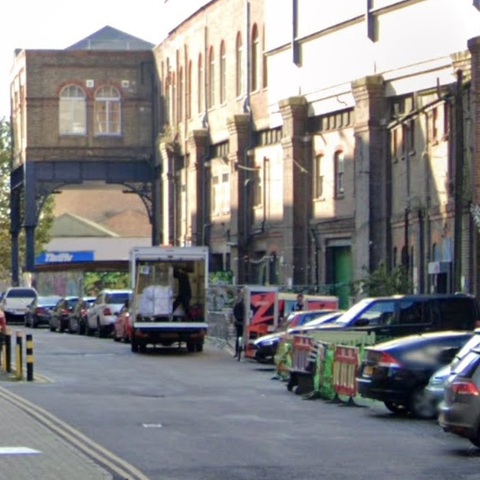 An online supermarket that promises to deliver groceries in 15 minutes can’t offer booze from its central Brighton depot.

But councillors decided no booze will be available from the central Brighton outlet in the arches under the railway station.

They were concerned that the company wouldn’t commit to checking the age of those receiving the alcohol order, or ensuring food was also delivered to houses in what has become a “party destination”.

Trafalgar Street is in the city’s special stress area (SSA), where there are restrictions on new off-licences on the outer edges of the centre.

It is also on the edge of the city’s cumulative impact zone (CIZ), where there are even tighter restrictions on new outlets selling alcohol, with a ban on new off-licences, bars and nightclubs unless the applicant can prove “exceptional circumstances”.

The two zones exist to reduce alcohol-related crime and disorder, as well as anti-social behaviour, and cover areas where it is a particular problem.

However, the Newtown Road operation can deliver alcohol as it is in the “other areas” category in the council’s licensing policy, allowing alcohol sales until up to 11pm.

Police licensing officer Hannah Staplehurst said that the 15-minute turnaround would potentially be attractive to people in student houses and holiday lets – whether for pre-loading or as “an extension to party drinking”.

She said: “Sussex Police also have concerns over the operation and high possibility of proxy sales.

“Sussex Police have concerns over delivery drivers having the confidence to refuse delivery at a customer’s house, especially if they are intoxicated and become threatening or abusive.”

Weezy’s director of operations, Mario Adler, said that the company had recently started operating in Manchester and also had premises in London and Bristol.

He said: “Brighton and Hove has our target demographic which appreciates high-quality produce. People are focused on organic food (and) ‘free from’ products – free from wheat, meat and gluten. It suits us with the kind of offering we cater for.

“It is similar to Bristol. Outside of London, there is less choice, and we can offer that choice. We are different from what most communities are able to tap into – and we can provide convenience on top of it.”

In its decision, the panel – councillors Lizzie Deane, Carmen Appich and Dee Simson – said they considered the application on its merits and appreciated Weezy’s arguments about the nature of the operation and recognised “some good policies and conditions proposed”.

However, the panel was concerned the company was reluctant to require deliveries to a named cardholder or ensuring alcohol is part of a food order.

In its decision, the panel said: “The panel share the concerns of the police and the residents in relation to the location of the premises within the SSA on the border of the CIZ.

“This is a challenging area which has high numbers of visitors and could be described as a tourist and party destination.

“The panel has concerns that another premises offering fast alcohol delivery in this area is likely to add to the problems of anti-social behaviour and crime and disorder already experienced in this city centre location.”

Weezy has 21 days to appeal the decision.