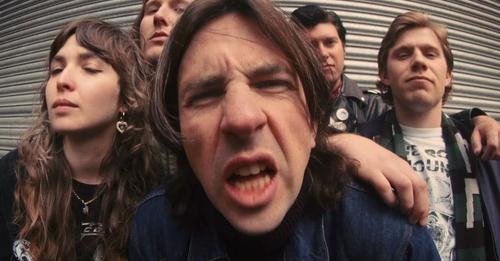 Chubby And The Gang

The Brighton & Hove News Music Team are very excited to note that west London quintet Chubby And The Gang, will be bringing their wonderful noise to half a dozen specially selected record stores in celebration of their forthcoming ‘The Mutts Nuts’ album, which will be released on 27th August 2021 on Partisan Records.

‘The Mutts Nuts’ album needs to be purchased in order to gain entry to the special instore concerts. It is available to purchase in several formats and options including limited edition orange vinyl, deluxe vinyl edition (which has gatefold sleeve, 3D glasses and 20 page lyric book), CD, translucent red cassette, and download.

This tour will kick off with two dates in London on 27th and 28th August, followed by appearances in Bristol, Kingston-Upon-Thames, Nottingham and finally arriving at Resident music in Brighton on Sunday 5th September from 6pm. 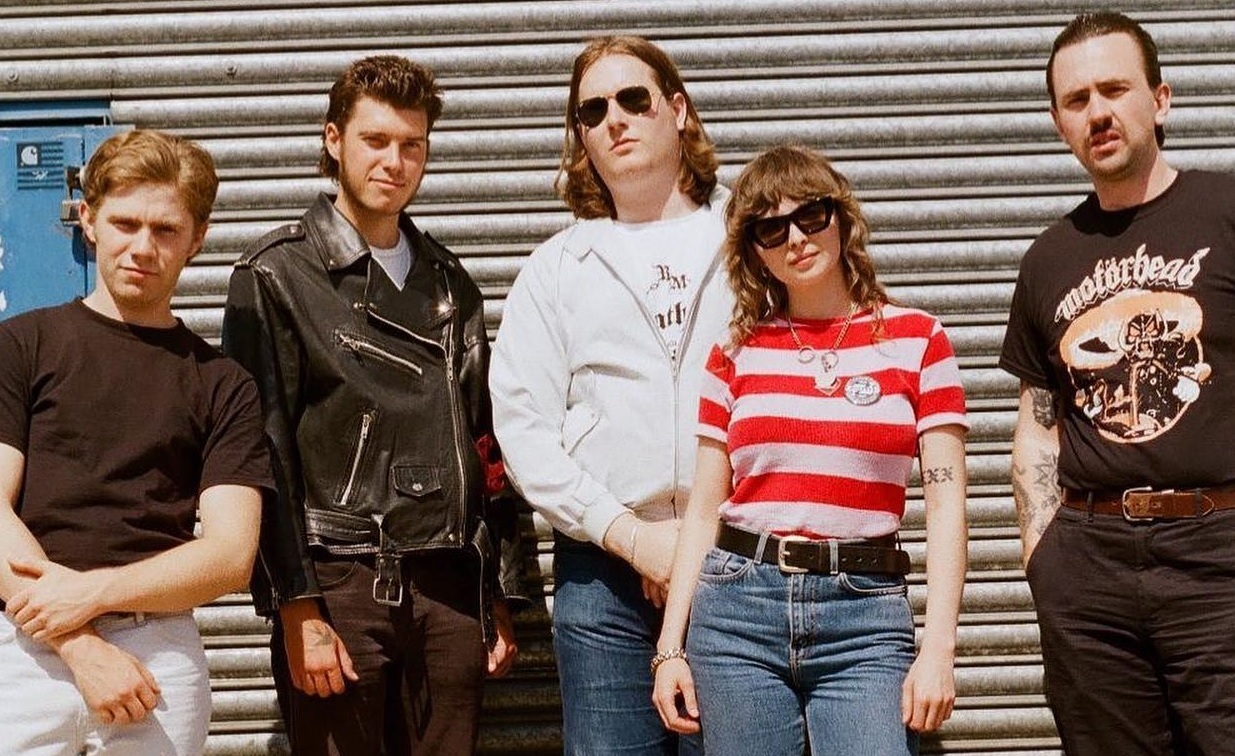 Chubby And The Gang

Chubby And The Gang are fronted by Charlie Manning Walker (aka Chubby Charles) and backed by Tom ‘Razor’ Hardwick, Meg Brooks Mills, Ethan Stahl and Joe McMahon (aka the Gang), the band tell stories of modern London.

For every moment of punk imperfection, there’s an intricate flurry of detail. For every enraged statement about modern life as war, there’s a lyric like “Hello heartbreak, my old friend” that catches you off guard. Made up of musicians from across the consistently thriving and criminally overlooked UK hardcore scene (ft. The Chisel, Big Cheese and more), Chubby And The Gang marinate its characteristic speed and sick-of-it-all energy in a mixture of 50s pop sounds. The result is a prickly take on the older, more melodic genres that punk derives from, chewing them up and spitting them out into something mangled but revitalised.

‘The Mutts Nuts’ is the band’s second album, following on from their debut platter ‘Speed Kills‘  which came out last year.

On 21st May this year, the band also released a cassette tape ‘Live In London’ with all profits being donated to Khalsa Aid. Order your cassette tape HERE. 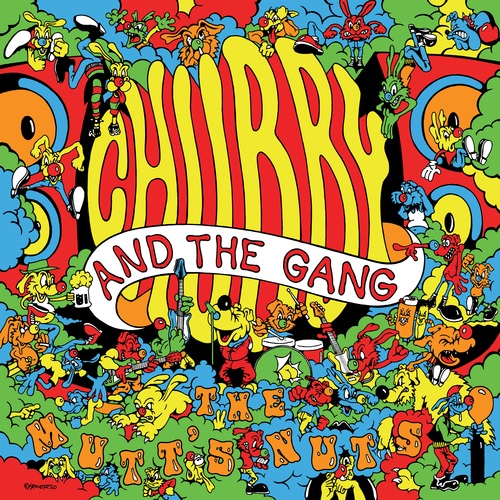 Chubby And The Gang’s ‘The Mutts Nuts’ album

Record Store Tour tickets are available right now for each of the six dates. Find yours HERE and select which album format best suits you.

If you aren’t able to grab yourself a ticket for their Record Store Tour event in Brighton at Resident music on Sunday 5th September, you may like to know that the band will be returning to Brighton on Saturday 4th December when they will be playing at The Green Door Store. Purchase your tickets HERE or from your usual ticket agent.

Find your Chubby And The Gang merch HERE or from your local record store. Listen to/purchase their releases on their Bandcamp page HERE.

For more on the band visit www.chubbyandthegang.com 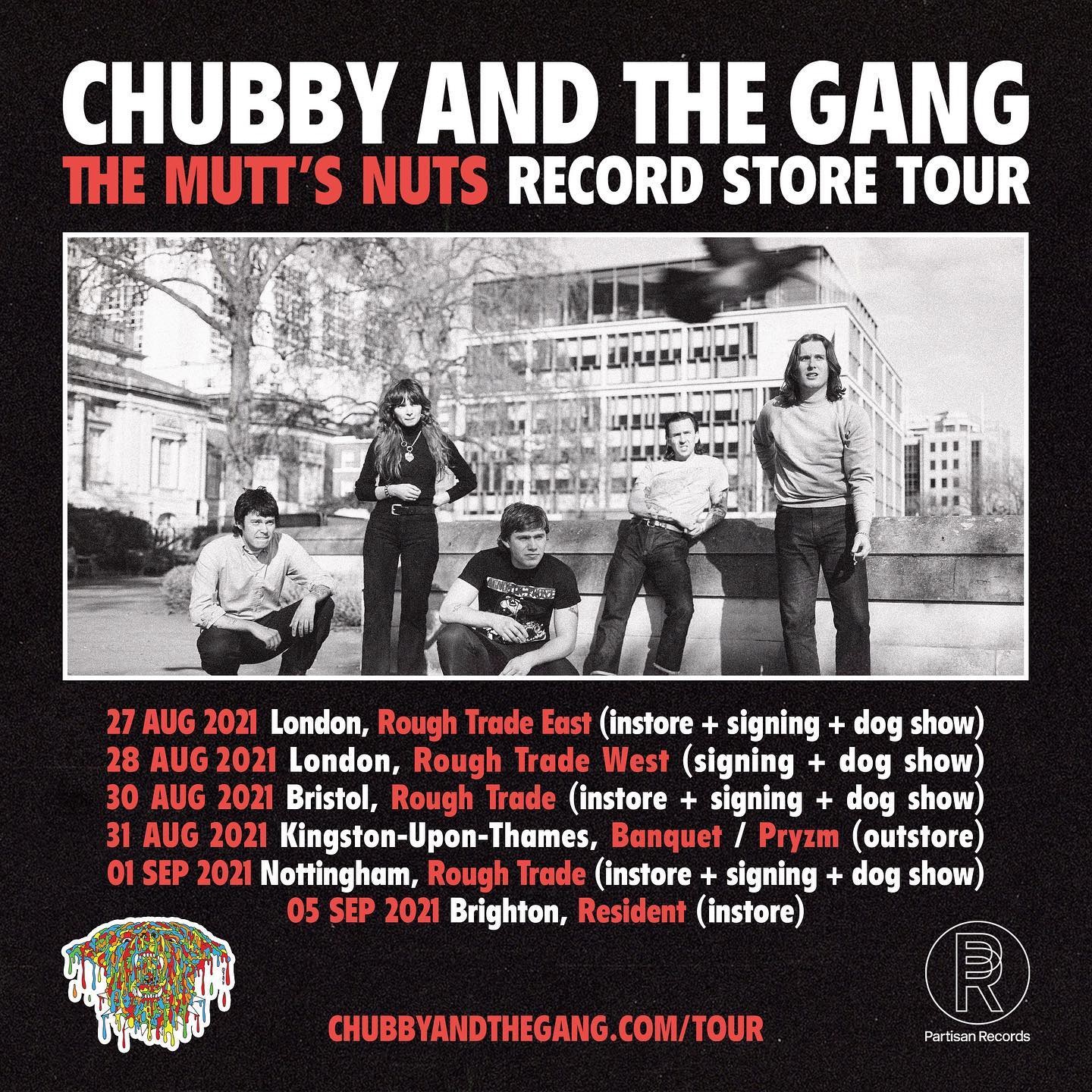